No Fences in Alaska 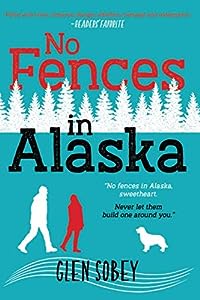 “A love letter to family relationships and Alaskan life, No Fences in Alaska is a gratifying young adult novel.” –Foreword Reviews

"All told, readers will find No Fences in Alaska impossible to put down." –BlueInk Starred Review

Their worlds are about to come crashing down…

At sixteen years old, Harper Lyon’s life is spinning out of control. She threatens her parents with suicide unless she can meet her drug-dealing boyfriend, a college student who doesn’t know she’s pregnant. Cooper Lyons, her estranged grandfather, lives in rural Alaska with only his dog and cat for company. He has just been diagnosed with early onset Alzheimer’s, and he doesn’t plan on letting the disease run its course. Harper needs to escape her parents and decide what to do about the baby. She and her grandpa are worlds apart, but they may be exactly what the other needs. When Harper calls her grandfather, he welcomes the opportunity to help her and redeem his previous failure with his daughter Heather, who died from a drug overdose years ago.

Can they save each other?

Till it Stops Beating 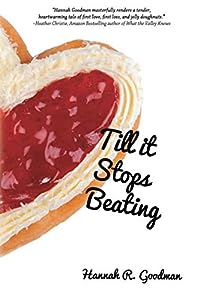 Seventeen-year-old Maddie Hickman’s senior year begins with the good (the reemergence of The One That Got Away), the bad (a cancer diagnosis, not hers, but it might as well be) and the WTF (an anxiety attack that renders her writhing on the floor like an upside down crab).

Adding to her spiraling anxiety is Senior Project, in the form of I’ve Decided To Write A Book about The Other One That Got Away (And Crushed My Heart). Compounding it all is applying to college and keeping up with her friends. The ever-mounting stress eventually rips her tight grip on all that she holds dear.

Her break down leads to an unexpected road trip where she is forced to listen to her wildly beating heart. It is only in the back of a convertible with pop music blasting, that she discovers she must risk everything in order to really live. 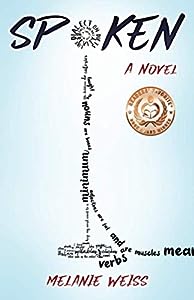 “While a story of self-discovery, Spoken lends itself to a different curricular option for teachers, a world of possibilities to young readers, and a special inspiration to biological parents. I really enjoyed Spoken.”— Readers’ Favorite Review

When Roman’s life gets turned upside down, (thanks, Mom!?), he is forced to leave his pampered Hollywood lifestyle and move into his grandparents’ Midwestern home. Sleeping on a lumpy pullout sofa and starting at a new high school is the worst, but Roman’s life starts to look up when his pink-haired friend, Zuzu, and his crush, a classmate named Claire, introduce him to performance poetry through the high school's Spoken Word Club. While his mom is flying back and forth to L.A., trying to return them to the life they had, Roman becomes part of a diverse group of characters who challenge his rather privileged view of the world. Through Spoken Word, Roman recognizes the hole in his own life he needs to fill and discovers his voice. Spoken Word leads Roman on a journey of new friendships, first love, and finding the dad he never knew.

“Spoken” is an uplifting, funny, and heartfelt coming-of-age story that captures how the honesty of performance poetry binds together students from all different walks of life and forever changes Roman’s life.

Melanie Weiss lives and works in Oak Park, Illinois. This is her first novel. 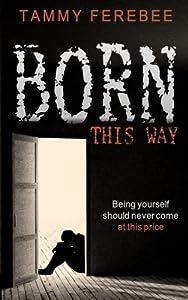 Being yourself should never come at this price.Joseph is the son anyone would wish to have—anyone except his pastor father, that is. Joseph is gay, and where he comes from, his sexual orientation makes him a pariah. Tormented by the incorrigible denizens of his unprogressive Southern town, Joseph finds himself desperate for support from other members of the LGBT community. He turns to the internet with the hope of finding it, and, unexpectedly, Joseph finds more. Bruce.An unlikely virtual friendship between Joseph and Bruce grows into something more, leading to a seemingly fated meeting. Joseph’s future suddenly looks brighter than ever, but no one could’ve ever predicted what would transpire after the two finally meet.

Love and the Sea and Everything in Between 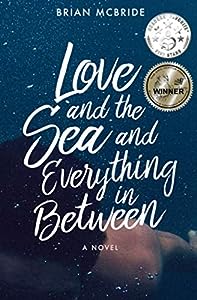 WINNER OF WATTPAD'S 2016 WATTY'S AWARD
For fans of Stephen Chbosky's The Perks of Being A Wallflower and John Green's The Fault in Our Stars, Love and the Sea and Everything in Between shines a light on some of the darkest places of human struggle. Heart-rending and raw, it reminds us that love has the power to bring healing to even the most broken places.
College Freshman Adam West's world has been falling apart for a long time. Broken, betrayed, abandoned, alone... there's nothing left for him but a handful of mental illnesses. He's tired and ready to end it all. Then, Elizabeth Richards comes along. All it took was the kindness of a stranger to make Adam's world a just little bit brighter. For the first time in a long time, as they travel the West Coast together, he's starting to see that there are still some adventures worth living for. But pain isn't easily forgotten. And the past doesn't just disappear. Sometimes the only way to come alive is to fight and wrestle through all the darkest places. 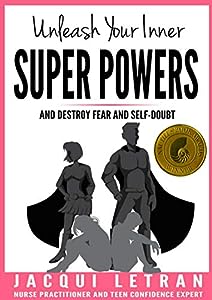 You dream of being comfortable in your own skin. You dream of going after what you want with confidence and feeling happy with your everyday life. But your fear and self-doubt are holding you hostage, causing you to feel trapped and powerless to change your situation.

What if there was a way to change all of that?

In this book, award-winning motivational author and Teen Confidence Expert Jacqui Letran is going to let you in on a little secret: you already have all the tools you need to do just that. You have extraordinary Inner Super Powers that will help you find your own happiness, self-confidence, and peace of mind—and it starts with you!

Stop secretly wishing you could be someone else or have a different life. You can learn to unleash your Inner Super Powers and create the epic life you’ve been dreaming of!

Unleash Your Inner Super Powers is an enlightening, practical book that will help struggling teens and young adults unleash their inner superhero—and change their lives for the better. 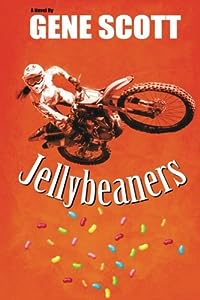 The scourge of opioid addiction is deeply woven throughout world history, and our own Civil War produced roughly 200,000 addicts who spent their remaining years navigating shattered limbs and unstable minds. Fast forward a century-and-a-half. A 2016 report by the American Society of Addiction Medicine revealed that approximately two million Americans were addicted to prescription opioids in 2015. Specifically, overdose deaths related to prescription pain relievers took 20,101. Jellybeaners is a contemporary novel set in the heart of Appalachia, revealing the money ties, political corruption, wasted lives, and overall cash-churning nature of the prescription pill culture from perspectives spanning both sides of the law. 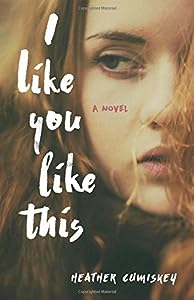 In 1984 Connecticut, sixteen-year-old Hannah Zandana feels cursed: She has wild, uncontrollable hair and a horrid complexion that she compulsively picks, and as if that weren’t bad enough, her emotionally unavailable parents mercilessly ridicule her appearance and verbally shame her.


Wanting to change her pathetic life, Hannah attempts to impress a group of popular girls―an ill-fated effort, except that she captures the attention of Deacon, a handsome and mysterious boy who also happens to be her school’s resident drug dealer. Suddenly, Hannah’s life takes an unexpected detour into Deacon’s dangerous and seductive world―but when her relationship and family unravel around her, she is forced to reexamine what she believes about herself and the people she trusts the most.


Perfect for fans of Our Chemical Hearts by Krystal Sutherland, 13 Reasons Why by Jay Asher, and All the Bright Places by Jennifer Niven. I Like You Like This is the first book in a poignant young adult duology about addiction, sexuality, peer pressure, and first love.

The Enlightenment Adventures: Book One 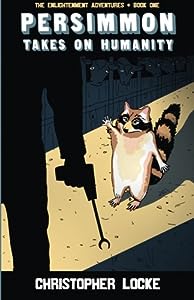 What would you do if you saw someone committing unimaginable acts of cruelty? Turn the other way or defend those in need—no matter the cost? That’s the dilemma thrust upon Persimmon, a clever and compassionate raccoon, and her loyal forest friends. Instantly, the courageous critters spring into action, risking their own lives to rescue any animal they see suffering at the hands of humans. What the team doesn’t know is just how rampant this violence really is, and soon their exciting rescue missions turn shockingly dangerous and deadly. Will they succeed in saving the animals of the world from humans’ brutality, or will they fall victim to the powerful system of abuse they’re trying so desperately to end?

Persimmon Takes On Humanity is the thrilling first novel in the young adult series, The Enlightenment Adventures, and for anyone who loved the intensity of The Hunger Games, the social commentary of The Jungle, and the heart of Charlotte’s Web, this will be your new favorite book.

The Shoeshine of Kabul 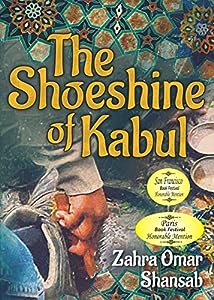