Ripples in the Generations

A Generational Saga that Continues Down the Ages 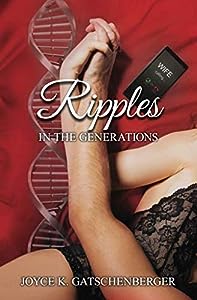 This manuscript shares an unimaginable tale of deception and betrayal. Sometimes accepting the consequences that reveal deep, dark family secrets can rattle your biological skeletons. Follow the next generation of the Henry family as they struggle through a lineage of hidden money, lies, secret adoption, death and scientific inquiries. 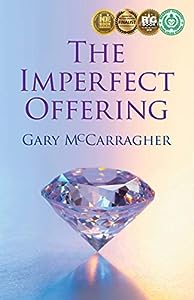 Dr. Thomas Haydn, a well-respected physician in the Boston area, enjoys a busy, fulfilling practice as a hospice provider. While caring for an actively dying patient with cancer, he reluctantly agrees to perform a most unusual task for the patient's spouse, which carries profound ethical and legal implications. Shocking complications ensue with potentially frightful consequences for all involved. As the story races toward its startling conclusion, the legacy of Dr. Haydn, his patient, and others hang in the balance.

The Imperfect Offering is a medical thriller novel highlighting the exciting life and times of a hospice physician who becomes deeply immersed in a high-stakes ethical dilemma. This riveting story deeply examines the challenges we face as we find our way in the world, driven by our passions and our desperate craving for love, a meaningful legacy, and perhaps above all, personal redemption in a difficult world. 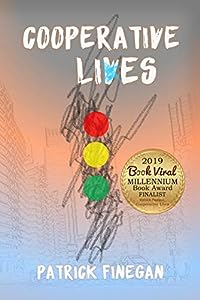 A landmarked midtown Manhattan address. Carnegie Hall and Central Park at your feet. Three hundred units. Thirty-two full-time employees. Five hundred neighbors. You’ve hit the big time. Joined the elite. But what do you know about them, the neighbors? Have you ever met them? Really engaged with them? Or do you gaze down in the elevator, the same way you do on the subway and the street?

Oh sure, you’ve heard a famous writer lives on the fourteenth floor, a retired US senator on the eighteenth. You’ve witnessed so many Broadway impresarios glide through the lobby you’ve lost count. But what about your real neighbors – the couple in 7H, for instance, or the family in 8B? Did you know they once harbored the most wanted fugitive in America?

No? It was in the papers for weeks; nearly tore the co-op apart. Even that famous writer on fourteen got involved. And all because an M7 bus side-swiped a resident-shareholder while turning down Seventh Avenue.

It is perhaps unorthodox to declare a story which transpired 6-8 years ago in the country’s largest metropolis historical fiction but labelling it otherwise would be a deception. The election of a bilious talk show host to the world’s highest office, the NSA-sponsored surveillance, cataloging and storage of millions of Americans’ phone logs and recordings, the petulant, self-imposed withdrawal of Great Britain from the EU, the global contagion of anti-immigrant nationalism – no pundit could have predicted these developments in 2013. And no one would have believed him.

I intended this book as a work of contemporary fiction. It described, I think accurately, the city and world I lived in. Just six years have elapsed since its completion, but I might as well have described ancient China. The world and New York City of 2013 no longer exist. I hereby present, for better or worse, the world’s most contemporary historical novel. 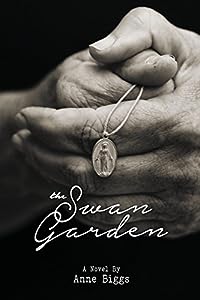 The Swan Garden tells the story of a young woman who survives a brutal assault and rape, gives birth in a mother baby home, and the abuse she receives in the Magdalene Laundry. After finding a way to escape, she attempts to create a life for herself, but never forgets who was taken from her and why. As the years pass, she learns truths once denied to her. 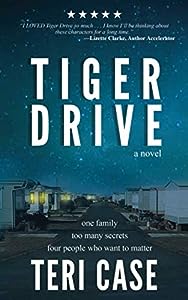 Award-winning novelist, Teri Case puts us inside the minds of mother, father, daughter, and son to portray how addiction, poverty, and secrets can derail the best of intentions. But with a little hope and a dose of trust, the human spirit can prevail.

In Nevada, Sloan family matriarch, Janice, is tired of her white trash life--dealing with debt, kids, her son's motorcycle gang, and Harry, her drunk of a husband. She can't shake her lifelong dream of singing at the Grand Ole Opry.

As Janice's teen daughter, Carrie, plans her escape to college, Janice confronts the fact that she's forty-eight and running out of time. She decides to leave and move to Nashville for one year to pursue her dream. But before Janice can leave, Harry's worst betrayal yet destroys everyone's plans, and detectives start digging up the family dirt.

Times are desperate for the Sloan Family. They might survive if they can become each other's unlikely heroes. Do they have what it takes to confront the truth about their lives and each other and break free from their way of life on Tiger Drive? 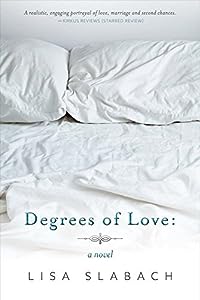 In this powerful debut, a successful businesswoman embarks on a journey of self-discovery that will shake her to the core.

Like the shiny new BMW parked in the driveway of the Silicon Valley home she shares with her husband, Matt, and their two boys, Susan Sinclair exudes confidence and style. Newly promoted to a prestigious Senior Vice President position at her firm, Susan is the picture of personal and professional success.

Yet appearances are deceiving. With each advance in Susan's career, Matt has grown more distant. But he refuses to admit there is a problem,and Susan, determined to give her boys the close-knit family life she never had, forces herself to play along.

Then she meets her new boss, Reese Kirkpatrick. She and Reese become a crackerjack team, but little by little, pleasure mixes with business. For the first time in a long time, Susan feels seen and appreciated for who she is.

In a moment of weakness,friendship becomes something more. Now, unable to stomach the façade her marriage has become yet unwilling to decimate her family by moving forward with Reese, Susan faces a choice that could cost her everything--including her children . . . but possibly bring her more than she can dream. 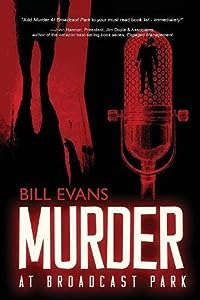 Before this current age of broadcasting acquisitions and mergers, local TV stations were owned by the broadcasters, not investment firms. They lived to tell the stories of their communities. In Murder at Broadcast Park, the CBS station located in the rich resort town of Santa Barbara becomes it's own story. "We never want to be our own news," was the mandate from Barry Burke, the station's news director. Except in this case, people are dying. With three murders, more affairs, but no suspects, investigators peer behind the scenes of the local news. Pull the veil off to find twists, turns, and secrets behind the scenes of this resort TV station and its cast of TV professionals. Nothing is off limits.

The Promise of Cedar Key 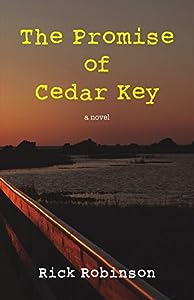 
Award-winning author, Rick Robinson, takes his readers to Cedar Key, Florida, where successful novelist, Bobby Wade, must put aside the hustle and bustle of a writer's life in New York City just long enough to fill a promise he made long ago. In the few days he must spend in the small coastal town, Wade faces demons he never knew existed and would rather drink them away than fight.
Popular for his political thriller series, Rick Robinson departs from thrillers to pen this second drama about the struggles of coming to terms with the state of one’s life. 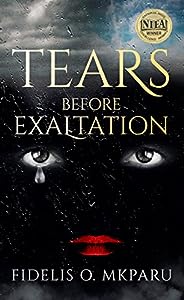 National Indie Excellence Awards Gold Medalist 2018
CIPA EVVY Awards Winner, Literary & Contemporary Fiction 2018
Readers' Favorite Award Winner in Fiction-Drama 2018
Reader Views Literary Award 2018-2019
When Ben Ava, a struggling medical student facing insurmountable financial worries, receives a scholarship offer for a Medical Center in Memphis, he thinks that his tenuous future is finally secure. But Ben's past will not leave him alone. His fellow scholarship winner is his old friend Brenda--a young medical student with extraordinary talent whose troubled past has made her self-destructive and dangerous. In Memphis, their lives become increasingly tangled as Ben is pulled into Brenda's orbit. Soon, he finds himself risking his medical education, his new romance, and his entire future in the hopes of steering himself and Brenda through the tumult of their shared loneliness and trauma.

Tears Before Exaltation is a literary drama about coping with the past, surviving the present, and the blurred lines between courage and insanity, hate and love. 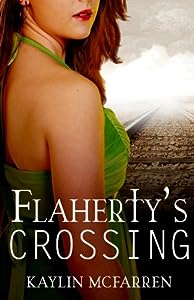 Successful yet emotionally stifled artist Kate Flaherty stands at the deathbed of her estranged father, conflicted by his morphine-induced confession of his part in her mother's death. While racing home, Kate's car mishap leads her to a soul-searching discussion with a lone diner employee, prompting Kate to confront the true reasons her marriage hangs in the balance. When her night takes an expected turn, however, she flees for her life, a life desperate for faith that can only be found through her ability to forgive.
Contact Author -