How I Lost My Ear 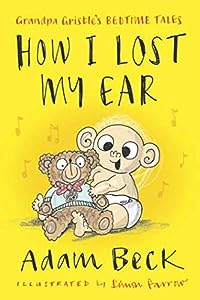 "How I Lost My Ear is an extraordinary imaginative achievement."
"Adam Beck is a master storyteller, a master of invention."
"Reminds me of the best of Roald Dahl."

The epic, laugh-out-loud novel from author Adam Beck and illustrator Simon Farrow. A wildly entertaining page-turner for both children and adults, to read alone or read aloud. Finalist in both the Readers' Favorite 2019 International Book Award Contest and the 2019 IAN Book of the Year Awards.

Grandpa Gristle spins the story of a book-loving boy and his spiraling adventure with a state champion marching band, a moody grandmother with beautiful blond curls, a long-lost hero and his three-legged moose, a dancing bear, a poisonous spider, a baby-snatching owl, a shaggy yak of a man and his snapping turtle, a cold-hearted sheriff and his grinning deputy, a herd of 144 spitting llamas—and a very large, very hungry ogre.

The Journal of Angela Ashby 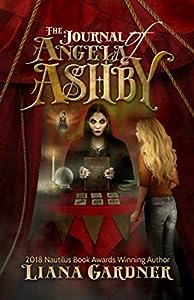 I have great power.
That’s what she told me. The old fortune-teller at the school carnival.
I thought I was doing the right thing … with the magic journal she gave me. But nothing could prepare me for what happened next.
Or, for what I unleashed.

At a school carnival, a mysterious fortune-teller gives twelve-year-old Angela Ashby a journal and warns her to use it wisely. Nothing prepares Angela for the journal’s power—when she pours her heart onto its pages her desires come true.

She tests the journal by conjuring a gnome, a unicorn, and a farting fairy and then uses it to stop the school bullies in their tracks. But the unintended consequences alienate her best friend and puts her favorite teacher in danger of losing her job.

After she shares her deepest desire of all—that her parents get back together—her adversary steals the journal, and Angela fears she will use it to bring mayhem to the entire school if she doesn’t get it back. 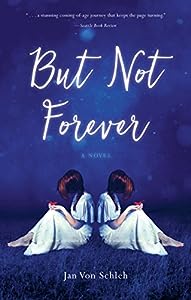 Could she be everything you aren't, but somehow—still be you?

It’s the year 2015 and Sonnet McKay is the daughter of a globe-trotting diplomat, home for the summer from her exotic life. Everything would be perfect if not for her stunning sister, whose bright star has left her in the shadows. In 1895, Emma Sweetwine is trapped in a Victorian mansion, dreaming of wings to fly her far from her mother, who gives her love to her sons, leaving nothing for her daughter. Fate puts them in the same house at the same moment, 120 years apart, and the identical fifteen-year-olds are switched in time. In their new worlds, Sonnet falls in love with a boy, Emma falls in love with a life, and astonishing family secrets are revealed. Torn, both girls want to still go home— but can either one give up what they now have?

But Not Forever is an enchanting story of love and longing, and the heart's ultimate quest to find where it belongs. 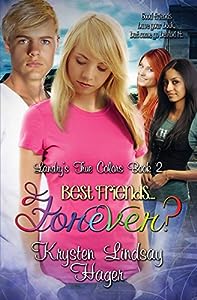 Landry Albright hopes the new year will start off in an amazing way--instead she has to deal with more frenemy issues, boy drama, and having most of her besties make the cheerleading squad without her. Suddenly, it seems like all anyone can talk about is starting high school next year--something she finds terrifying.

Landry gets her first boyfriend, but then gets dumped just as things come to a head with her friends. She feels lost and left out, but finds good advice from what she considers an unlikely source. Landry learns to speak up for what's right, tell the truth (even when it hurts), and how to get past the fear of failure as she gets another shot at competing in the American Ingénue modeling competition.

The Girl with the Whispering Shadow 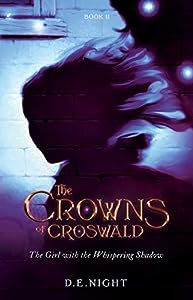 Even a secret town cannot protect Ivy from a mysterious darkness...

Only hours after Ivy Lovely discovers that she is the fulfillment of the Moonsday promise, she is whisked away from her beloved school to Belzebuthe, a secret town for only those with magical blood.

Ivy sets out on a mission to uncover the second facet of the Kindred Stone while eluding the Dark Queen's wrath. But even when she's supposed to be safe, something is shadowing Ivy. She will need all her natural-born magic and more as she battles to find the rest of the Kindred Stone and return to the Halls of Ivy. 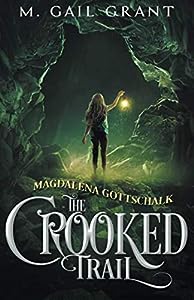 ***** 2017 NYC Big Book Award Winner in Juvenile Fiction***** 2018 Readers' Favorite Finalist in Children - Preteen CategoryLily Brooke, where small town charm and a hidden secret converge one fateful late autumn night. The demons of the past are determined to never be locked away again. MALB, the Mystical Alliance of Lily Brooke, consists of six childhood friends that are bound together in loyalty, friendship, and courage. Together, they all face the unleashed enchantments that are haunting the children after their discovery of the forbidden sacrificial cave, crooked trail, and mysterious treehouse. Magdalena has always known she is different from the others, but the cause has always escaped her, until now. Coming to grips with her soul purpose, she must gather courage she never knew she possessed to save her friends and family from the evil forces hiding amongst them. Magdalena Gottschalk: The Crooked Trail, is a middle grades to young adult epic fantasy fiction novel, that explores faith, unity, differences, belief in a higher power, magic, and teamwork. It will leave you sitting on the edge of your seat, begging to turn the page, while written for audiences of all ages. With a touch of southern charm and tradition, this novel takes you on a journey not for the faint of heart. Witches, wizards, demons, black magic, and soul searching all have their place in the quaint little town of Lily Brooke. 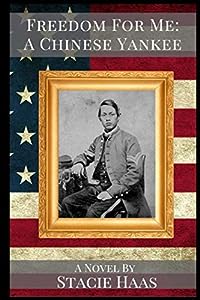 As the Civil War rages, Thomas longs to fight for his country. He’s underage, but his brother, Robert, claims there’s another reason he can’t fight: there are no Chinese Yankees. When Thomas is assumed to be a slave because of his appearance, he’s determined to find a way to fight for the Union cause. Thomas finds that wearing the same uniform—even battling against the Rebels with his regiment—isn’t enough to shed the Chinese label from his Yankee status. His traditional Chinese queue ( long braid) is often the target of the boys’ attacks. But when Thomas befriends a runaway slave and the war moves toward a pivotal moment in Gettysburg, he begins to understand the true meaning of freedom in America. Freedom for Me is a historical middle grade novel based on the life of a real Chinese Yankee, one of only a handful of Chinese soldiers who served in the American Civil War.

An Adventure in Rural Kenya 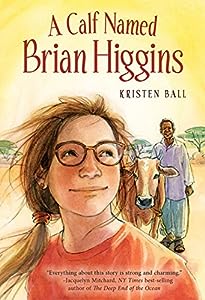 Thirteen-year-old Hannah Higgins is convinced her summer is ruined when she is forced to travel to Africa and work in a remote village in Kenya with her mom and uncle. Never having been to a developing country, she finds the food gross and the community filthy. She has to live without electricity or running water. Then she is told she must attend school. Just when she thinks nothing could make this trip any worse, she learns people there are dying of hunger and preventable disease. Hannah becomes frustrated and wants to help, but when poverty threatens the lives of people she loves, all she wants to do is go home.

The Stone of Integrity

Book 3 of the Centaur Chronicles 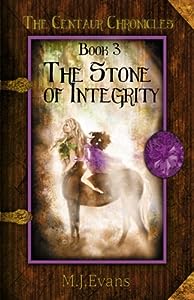 “Everyone grows under Evans' hand, making The Stone of Integrity a satisfying fantasy ofachievement, change, danger and adversity, considering different forms of blindness thataffect each character, challenging their beliefs and goals. Carling's experiences give hersome of the wisdom and integrity she'll need to be a queen, while readers receive somepowerful insights wound into an adventure quest that is thoroughly absorbing.”Diane Donovan, Senior Reviewer, MIDWEST BOOK REVIEWS____________________Upon returning from her quest to gather the Stone of Courage, Carling, thefuture Queen of Crystonia, is summoned by the historian of the Minsheenherd of Centaurs. He entrusts Carling with a rare, ancient map. After a harrowingjourney back home to her village, she is visited, once again, by Vidente,the Wizard of Crystonia. He tells her it is time to collect the purpleStone of Integrity for her royal Silver Breastplate. With the map in hand, Carlingand her faithful companions set out to discover the mysterious island ofHy-Basilia, an island that no one knows exists. Frightening sea creatures,menacing Centaurs, a handsome young fisherman, a crafty witch, and Fairieswho hide behind masks….who can be trusted? Another quest, another stone,and many more invaluable lessons to learn. Don’t miss one word of this brilliantfantasy adventure by Award-Winning author, M.J. Evans.

A Window to Young Minds 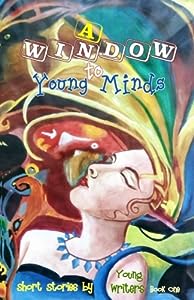 When Janis Gull, a pirate aboard the sky’s most feared ship, finds love for the first time, she’s determined to cling to it. But her disapproving father threatens their romance, infuriating her--and pitting her against her own heart.

In 1937, German brothers Peter and Hans are forced to leave their mother behind and flee their home country in search of a better life in America. The boys are of a lucky few to board the famous Hindenburg, and Peter promises himself to be the father figure Hans will never have. When disaster strikes on the airship, and the lives of his loved ones are on the line, can Peter be the hero his younger brother needs?

Alone in the wilderness and snow, a little girl desperately clings to the idea that her father hasn’t abandoned her. But the voice in her head constantly tells her otherwise. All she can do is wait for him to return. The question is, will he return before it’s too late?

Our future depends on stories . As the world advances, literature has the ability to ground us—in our humanness, our imaginations, and our enlightenment. Fueled by the need to interpret the past, to explore the present, and to imagine the future, each generation shapes the world of books. In order to preserve this, we must have a new generation willing to share their stories. The annual Lune Spark Short Story Contest was started in May 2017 with the vision of supporting young writers.

A Window to Young Minds is the first of the contest’s yearly anthologies, Short Stories by Young Writers. The twenty-three wonderful stories in this book are handpicked from 2017’s entries. The talent of these young writers shines in their command of storytelling and their unique take on genre—from a pirate love story to the Hindenburg disaster on May 6, 1937, in New Jersey.