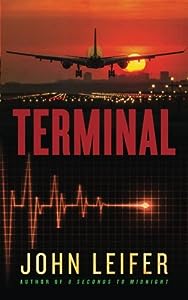 In this chilling prequel to 8 Seconds to Midnight, the most devastating terrorist attack ever recorded on American soil begins and ends without spilling a single drop of blood. Four jihadists, armed with nothing more than a briefcase and a pen, walk nonchalantly through the country’s busiest airports, killing time and killing people. A deadly mist, laden with a universally lethal virus, trails close behind them. Their goal: foment a global pandemic. Their vision: Armageddon, where only the Chosen Ones – those loyal to the United Islamic State – survive. The job of stopping them falls squarely on the shoulders of one man, Commander John Hart, but will he be in time? 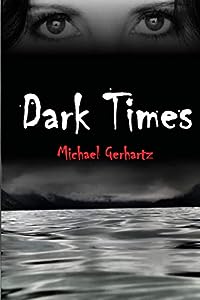 Relieved for no longer being framed as one of the world's most wanted terrorists, Natascha has only one wish - to live a normal life with her former bodyguard Nick and their daughter, but her daily routine as part time Marine Biologist for the London aquarium and secretary for an elite security company takes a lethal turn when she takes part in another scientific expedition.

This time, her discoveries do not only lead her into a flooded mine underneath a century old abbey, but also to a decades old secret the clerics don't want unravelled.

Just when Natascha thinks she is a step ahead of her enemies, she realises that the abbey's secret is only a small piece in a puzzle orchestrated by criminal masterminds - and that her past has caught up with her.

Determined, Nick and his friends from EuroSec follow her trail from London to the Aegean Sea back to Monaco and the Mediterranean Sea. To rescue Natascha, they have to solve the puzzle fast, or dark times will be ahead of them. 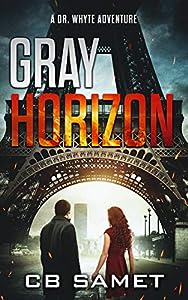 A stolen nuclear bomb. Sworn enemies forced together. A race to save the world.

The last person emergency room doctor Lillian Whyte expects to collide with while on her vacation is the ruthless mercenary from her past. When she learns a stolen nuclear weapon is loose in Europe, she’s launched into a dangerous race to track and secure the weapon.

Isolated from her CIA operative husband, she must undertake the life-threatening mission with a man she doesn’t trust at her side. Despite her best efforts, those intent on global catastrophe remain one step ahead.

As Lillian faces the fears of her past and threats of the present, can she secure the future of the world before the clock runs out, or will the dark forces acting against her succeed in their deadly plot?

One Down: Citizen Warrior Series - Book 2 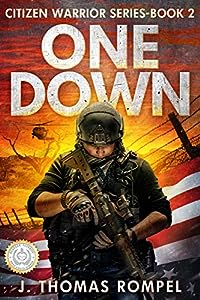 A seductive Syrian arms dealer turns a U.S. congressman. America is being attacked. Will an aging entrepreneur and a retired Delta Force colonel go outside the law to try and save American lives?
Carter Thompson gets an urgent call from his friend, retired Delta Force Colonel Doug Redman. The colonel wants Carter and the team to meet right away: that afternoon. It's been a year since the unsettling events and he's settled back into his normal pace of life.
An alarmed Carter Thompson has no answers; only questions. Are the authorities onto them? Has their secret been compromised? Does he need to call his lawyer?  What if Kim, his fiancé finds out he'd lied about his disappearance last year? Or could this be something else?

A Romantic Suspense Thriller (Tip of the Spear Book 2) 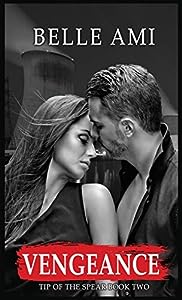 Vengeance, book two in the thrilling Tip of the Spear series.

Layla Wallace Hassani is living her dream, curating a major art exhibition at the Museum of Modern Art. She has it all, a fabulous career, the perfect marriage, and the perfect child. She’s madly in love with her husband Cyrus Hassani, a Mossad agent, and lives in Tel Aviv with their four-year-old daughter Cerise.

Layla’s life couldn’t be better when disaster hits. She’s kidnapped by Iranian terrorists during the bombing of a restaurant in Manhattan. Chained to a bed at a remote location, Layla is a pawn in a deadly game. She’s the bait to lure Cyrus to his death.

Driven by vengeance and love that knows no bounds, Cyrus will do anything to rescue his wife and stop the terrorist’s plot to blow up a nuclear power plant. Teaming up with the FBI, he’s the only man capable of stopping a bombing that will result in the deaths of millions of people. Filled with revenge, stopping the terrorists is his mission, but rescuing Layla is all that matters.

Layla knows her Superman, Cyrus, is coming to save her. She also knows, unbeknownst to him, by doing so, it will mean the death of their child. Caught in a mousetrap, she struggles to find a way out of her deadly situation and to fend off the sexual advances of the kidnapper terrorist who’s fallen in love with her.

Layla must make a choice, save her child or sacrifice herself and her marriage. The hunt is on. The clock is ticking. 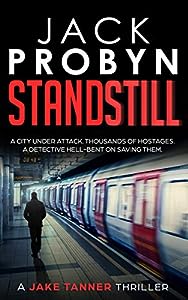 In the oppressive London summer heat, two brothers orchestrate the deadliest terror attack the city has ever seen. Three airport-bound trains are brought to a standstill with thousands held hostage. And when the dust settles, the Metropolitan Police are left scrambling for solutions.

The terrorists promise to let hostages go, but first Detective Jake Tanner must play his part in their twisted games. The rules are simple--follow them, and no one gets hurt. Break them, and the consequences will be fatal. But when he discovers the identity of one of the passengers, Jake realises this isn’t just about saving hostages.

Battling a faceless figure who’s appointed himself God, Jake must save the passengers before the city descends into utter mayhem.

But how far will he go? Will he save everyone in time? And will he like the chilling truth he learns along the way?

Standstill is the first book in the pulsating Jake Tanner terror series. If you like gut-wrenching, nauseatingly-suspenseful, edge-of-your-seat thrill rides that'll leave you begging for sleep, you'll love this.

“A pulsating terrorist thriller that moves at an electrifying pace… Tightly plotted with unbelievable tension… pulls readers into a game where nothing is predictable… This book is a rare gem…" - Readers' Favorite, ★★★★★

If you're a fan of David Baldacci, Lee Child, James Patterson, Vince Flynn, Andy McNab, Tim Tigner, Mark Dawson or Tom Clancy, then chances are you'll enjoy some of my Jake Tanner terror thriller novels. Dare I even say love?

Want to try before you buy? Want to get to know the real Jake Tanner - the man behind the badge - beforehand? Then you can download an exclusive character sheet that lets you behind the scenes into his life - some stuff won't appear in the books! All you have to do is visit www.jackprobynbooks.com and it'll be sent straight to your inbox.

For the same price as a coffee, you can enjoy my terror thrillers that'll keep you on the edge of your seat throughout. Afterwards, you won't be able to see anything the same ever again.

What more could you want? Plus, it'll last longer than a cup of coffee. 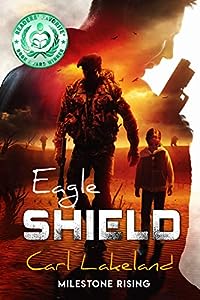 Objective: Relocate the Asset to the safe house in Melbourne.
Objective: Protect the computer disk at all costs.

A trained killer must learn to forget everything he has come to know as a well beaten path. He must become both father and protector to an orphaned ten-year-old girl. The Asset. Angel. A girl with a special gift and a destiny, who will change the course of history and human-kind. Nathan must oversee Angel's upbringing. He must see to it that Angel is groomed and prepared for her induction into ASIS as an adult. At the same time, he must maintain the security of the disk. The stolen intelligence leading to MILESTONE. 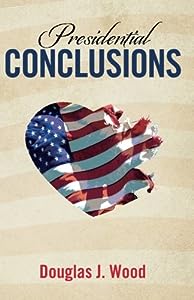 A political thriller, this is the third book of the trilogy of the personal and political life of a fictional character, Samantha Harrison. In this book, she is President of the United States and must deal with serious issues of terrorism, the Middle East, and the Ukraine. 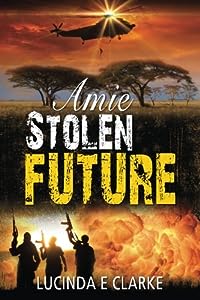 In this the third book in the series, Amie’s enemies have not forgotten her and they are determined to take their revenge, but the people who are prepared to save her do not have her best interests at heart. She is forced into a corner with no other option but to obey or die. She has lost everything, her possessions, her home, her family and even her name. She has never been more helpless or more alone, yet she is determined to survive. 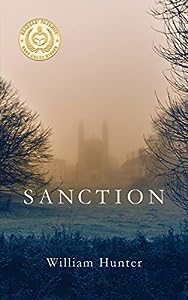 From William Hunter comes the electrifying debut spy thriller that has been hailed as "extraordinary," and "a veritable tour de force."

While in England on an unsanctioned assignment, Sean Garrett witnesses the shooting of a distinguished Cambridge professor by elite contract killer David Laurent. With his cover blown, Garrett is on the run from an assassin desperate to erase his tracks, and authorities who believe he is responsible for the murder.

Banastre Montjoy, a burned-out head of section at the Secret Intelligence Service, is in a race himself to discover if the scholar's death is linked to a bombing of the London Underground a year earlier. Montjoy's nemesis, the power-hungry and scheming Berwyn Rees, seeks to drum his rival out of MI6, while maneuvering to become deputy chief.

With time running out, SOG operators are sent in by the CIA to locate and extract Garrett. As Laurent, MI5, and Scotland Yard close in on their target, Montjoy uncovers a devastating secret, one that someone inside the British government has sought to keep buried since World War II.