This One Has Zombies (Zeus Is Dead) 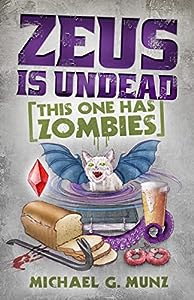 Sometimes all a fallen goddess needs to regain her power is a trusty sword and a worldwide zombie apocalypse...

Athena’s had a rough eighteen months. Formerly the goddess of wisdom, battle, and crafts, her divinity has been revoked. Zeus no longer trusts her, and a 7-foot ice cream sundae has usurped her position as his bodyguard. But when the dead start rising from the grave without authorization, things start looking up. What better way to prove her worth to Zeus than to solve the zombie problem?

Even so, it sure as Hades won’t be easy. No one knows why the dead are rising, why Zeus can’t eradicate them, nor why Australia remains zombie-free. Meanwhile, the Goddess of Strife is treating Athena like a chew toy. Worse, Leif and Tracy, two mortals whom the Muses insist be involved, refuse to help. If Athena can’t smack some sense into the situation, she may well become undead herself! (Also, global zombie domination, mortal extinction, no more football, et cetera. Bad stuff.)

At long last, it’s a hilarious return to the irreverent, award-winning fantasy world of Zeus Is Dead. Greek gods in the 21st century meet brain-munching cadavers in Zeus Is Undead: This One Has Zombies! 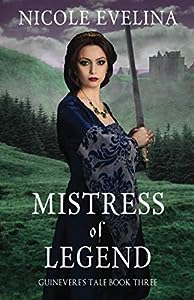 Legend says Guinevere spent her final days in penance in a convent, but that is far from the truth.Having escaped death at the stake, Guinevere longs to live a peaceful life in Brittany with Lancelot, but the threat of Arthur’s wrath quickly separates the lovers. Guinevere finds herself back in Camelot, but it is not the peaceful capital she once knew; the loyalty of the people is divided over Arthur’s role in her death sentence. When war draws Arthur away from Britain, Mordred is named acting king. With Morgan at his side and a Saxon in his bed, Mordred’s thirst for power becomes his undoing and the cause of Guinevere’s greatest heartache.In the wake of the deadly battle that leaves the country in civil war, Guinevere’s power as the former queen is sought by everyone who seeks to ascend the throne. Heartbroken and refusing to take sides in the conflict, she flees north to her mother’s Votadini homeland, where she is at long last reunited with Lancelot. The quiet life she desires is just beginning when warring tribal factions once again thrust her into an unexpected position of power. Now charged with ending an invasion that could bring an end to the Votadini tribe and put the whole island in the hands of the Saxons, Guinevere must draw upon decades of experience to try to save the people she loves and is sworn to protect.

Light of the North Star 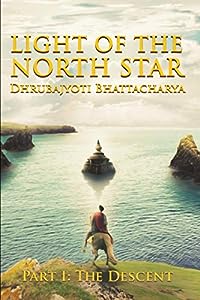 Light of the North Star is a mixed-media epic poem comprised of 24 books with stunning artwork and tells the tale of two empires from Ancient Greece and India following the Trojan War and the flood that submerged the city of Dwaraka. This unsung tale reveals the trials and tribulations of royal families on the cusp of what Hesiod would later describe as the Age of Iron, and what Vyasa would depict as the Age of Discord or Darkness.

Part I includes Books I through VIII, and introduces a multitude of characters, including King Solon, Queen Argeia, Prince Diokles, Princess Selene, King Sarvagya, Queen Radhasati, Prince Dharmajyoti, and Princesses Esha and Iśāni, along with the wise counselors Echephron and Alanam, the general Meletus, the fierce warriors, Elasus and Vayodhas, and the mysterious Dark Riders.

The work is an adventure story that straddles the Eastern and Western canons, and is a tale about the cycle of life, its trials and tribulations, faith and reason, friendship and betrayal, love and loss, and the pursuit of happiness.

Bhattacharya 'chases Homer' in this work that fans of the Iliad, the Odyssey, Beowulf, Paradise Lost, and The Fairie Queen will be delighted with--and find their appreciation of classical literature renewed. The work also appears as an audiobook narrated by Hollywood actors, Dominic Keating (Star Trek) and Jean Gilpin (X-Men).

The Time Before The Moon 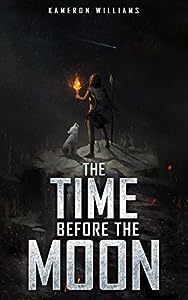 In the ancient world, when the days were short and the nights were long and moonless, one boy questions the customs of his village—a thing others would never dare to do. He is Omi, and he knows something isn’t right about the place he calls home.

Soon his curiosity puts him in danger, and what he learns changes everything. He flees the village, pursued by the wicked hierarchy he’s challenged, its leader desperate to maintain control. Lives are lost, homes are destroyed, and Omi vows to bring justice to the culprits.

But to have his revenge, he must first survive the wild.

Book One of the Bathala Series 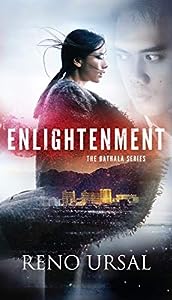 When Dorothy Dizon meets the mysterious Adrian Rosario and his alluring knowledge of Filipino history, her life takes an unchartered detour. Dorothy's true calling is connected to the hidden history of the Philippines, but Adrian reveals little to keep her safe from enemies of his blood-eating secret society.

Together, they experience a paranormal journey that brings them to the brink of a new enlightenment.

Enlightenment, Book One of The Bathala Series explores the forgotten history of the Philippines through first-person perspectives of Filipino characters who live on the opposite sides of the truth.

A Merfolk Tale, The Under Series Book 1 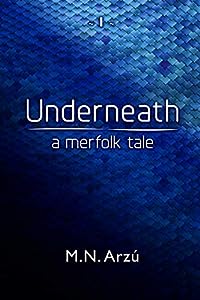 When an injured merman is found washed up on a beach in Maine, his arrival at the ER leaves his new doctors at a loss of how to treat him. Worse, how are they going to keep him from the military's eager hands?

One reporter is hot on the trail of what she believes is an elaborate hoax—or the story of a lifetime. A story that has her tracking elusive clues into an ever-growing house of secrets surrounding one of the richest families in New York City.

For merfolk have been hiding in plain sight for centuries, and are now torn between sacrificing one of their own—or telling humanity the truth.


Underneath - A Merfolk Tale is an exceptionally different take on mermaid stories, one that combines the fear of the unknown with the need to protect those we love the most.


"M.N. Arzú has succeeded in giving the Merfolk believable origins and a real world identity that leaves us hungry for more."
- Book Viral

Scroll up to purchase your copy today! 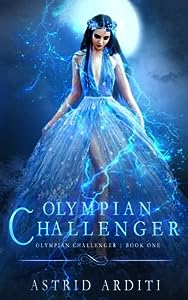 A hero’s tournament. A defiant contender. Does one girl have the courage to take on Mount Olympus?

Hope’s world doesn’t have room for heroes. She barely has time for schoolwork, swim team, and taking care of her ailing mother. But when she’s invited to a mysterious tournament, the all-powerful hosts won’t take no for an answer.

Transported to Mount Olympus, Hope comes face to face with her new trainers—the pantheon of Greek gods. While other contenders train hard to gain a fighting edge, Hope searches for a way out. Instead, she finds a gorgeous shadow god who may just convince her to stay…

As each round unfolds, the ultimate prize draws closer—the granting of her heart’s deepest desire. If she survives the final challenge, her mother’s cure would be within reach… but only if Hope can ignore the tournament’s dark purpose.

Olympian Challenger is the first book in a bold YA urban fantasy trilogy that fans of Rick Riordan and Cassandra Clare are sure to devour. If you like Greek mythology, forbidden romance, and feats of courage, then you’ll love Astrid Arditi’s heroic coming-of-age tale. 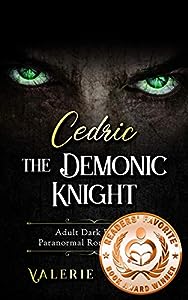 For almost a century Lord Cedric has hunted the supernatural, hiding the fact he’s one of Sorceress Morrighan’s abominations. Fearful of others discovering his true nature, he weds the Lady of the Court, Angeline, after winning a tournament. The dormant magic in her veins overwhelms his senses, forcing him to realize she’s more than what she appears. He must ask himself: are his feelings a creation of his incubine bloodline or true romantic emotions?Torn between his tragic past and his suicidal quest to kill his creator, Cedric and Angeline must learn to trust each other or lose themselves to the oncoming war.

Enter a world with memorable antagonists like Succubus Queen Lillith, Romasanta the Father of Werewolves, Battle Goddess Badbh, and many more. Lose yourself to lores and history long forgotten from the 12th Century and beyond. 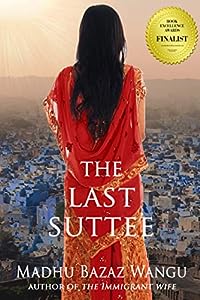 You must come at once if you want to stop the suttee from happening again...” This phone message summons Kumud Kuthiyala back to Neela Nagar, the blue town of her youth, and the shackled life she thought she had left behind forever...

As a nine-year-old, Kumud witnessed the brutal and horrifying suttee ritual when her beloved aunt immolated herself on the burning pyre of her dead husband. Years later, Kumud summoned the courage to escape the isolated and primitive town of her youth to start a new life in Ambayu, a metropolitan city. She began as office help at Save Girls Soul Orphanage Center and progressed to become its director. At SGSO Center, she becomes a warrior for women’s education and equal rights. She teaches young women to protect themselves from outmoded practices and rituals that victimize women.

Then a phone call informs Kumud that the suttee of a sixteen-year-old is inevitable. She has vowed that she will never let it happen again. Still haunted by her aunt’s suttee, she leaves everything behind, including her love, Shekhar Roy, to end the barbaric custom that scarred her for life, and to save the young bride from committing suttee.

As Kumud travels back to the town of her youth, long-buried memories resurface and force her to remember the life from which she fled. The town that greets her is full of contradictions. It has electricity and clean water, and a new school is open to low castes, yet superstition and prejudice abound. How can she convince the town that their centuries-old tradition is cruel and barbaric, that a widowed young woman deserves the right to live? Can she change the minds of the townspeople and the Five Elders before it’s too late? 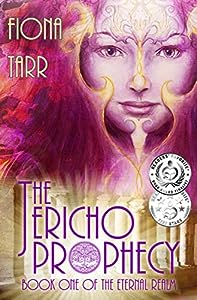 The battle for divine power rages within the Eternal Realm.

As the conflict escalates a prophecy is born that will set god against god amidst the mortal world below.
When the young priestess Rahab saves two foreigners from execution, she sets in motion a sequence of events that could see the death of everyone she knows and loves.

The future of humanity hangs in the balance as two bloodlines converge to battle over the city of Jericho. Now the Goddess Asherah must protect the prophecy and ensure both ancestral lines survive.

If either bloodline dies, the Host of Heaven will continue to battle for eternity.....

The Jericho Prophecy is the first book in a new series by Fiona Tarr; a religious fantasy series that mixes mythology and intrigue in epic fantasy style. If you like strong characters, intricate plots and action, then you will love Fiona Tarr’s contemporary take on this old biblical classic.

"A truly wonderful read with the plot very skillfully woven throughout the book." Claire Simpson