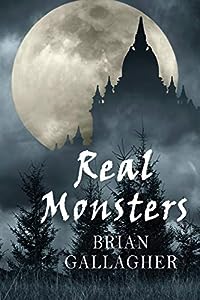 Sean O'Shea is ready to write his next thriller. This time he decides to research the origins of Eastern European superstitions and prove they are based in fact. He's about to learn the unfortunate truth.

Meanwhile, lunatic Craig Breedlove, serial killer extraordinaire, escapes from the Winnebago Mental Health Institute. He has a new target in mind. The horrendous pedophile priest scandals were only made possible by the enabling of Bishops, Cardinals and Popes. These cover-uppers are his new targets.

How will these stories merge and will an unlikely hero come forth?

Vampires, a serial killer, pedophile priests and pedophile enablers, who are the real monsters? 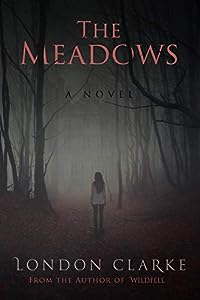 A decades-old murder. A blood-thirsty cult. A house full of spirits.

Scarlett DeHaven leaves Nashville behind for a new beginning in the Shenandoah Valley without memories of drug addiction and rehab. But after purchasing an abandoned house with a disturbing past in the hopes of transforming it into a luxury bed and breakfast, she experiences visions and voices.

Strangers appear, bearing cryptic warnings. And a tunnel is discovered underneath the house—one historically used for a local cult’s rituals.

It doesn’t take long for Scarlett to realize she is being targeted by violent spirits. Driven to the edge of despair, she vows to fight back, but she has no idea what she’s really battling. And her nightmare is just beginning…

From the author of Wildfell comes a gripping supernatural thriller in which the monsters may be vampires, demons, or flesh and blood. It is a nightmare that will make you believe it could easily happen to you. 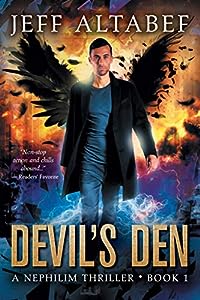 My name is Steven Cabbott, and I’m a former spy with a dark past. I’m trying to change, but some habits stick with you, and killing is one of those habits.

I’ve recently started seeing demons and have even had to fight a few. I suspect it has something to do with my bat-shit crazy mother. She killed my father when I was young, claiming he was a demon. I figured she was nuts. Now I’m not so certain.

I’ve returned home to uncover the truth about my past, when my old flame, Kate, asks for my help. I haven’t heard from her in sixteen years, but I owe her. A mysterious cult has kidnapped her teenaged daughter, and I’m the only chance she has to get her back.

What seems like a simple case turns into a much larger fight between light and darkness. It appears that both heaven and hell want to use my services, which forces me into a rather difficult choice. To make matters worse, a fallen angel wants an unhealthy romantic relationship with me and just won’t take no for an answer. Or at least that’s what I think, but to be fair, I only have a tentative grasp on reality at the moment.

EVOLVED PUBLISHING PRESENTS an intriguing, thrilling look inside a great battle between good and evil, possibly leading to the End of Days, with the first book in the award-winning “A Nephilim Thriller” series. [DRM-Free]

D. Donovan, Senior Reviewer, Midwest Book Review, says, “Readers who enjoy an injection of the supernatural rather than a story based entirely on otherworldly forces will appreciate just the right blend of paranormal tension and intrigue that bring this thriller to life.... [A] vivid, winning tale of a former couple’s confrontation with themselves, each other, and a wider-ranging threat that grabs the reader from the beginning and proves nearly impossible to put down. Thriller audiences will find Devil’s Den more than a notch above others in the genre.” [Pick of the Month - September 2018]

The Melancholy History Of Mayfly 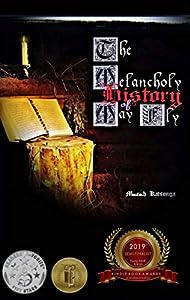 KINDLE BOOK AWARDS SEMI-FINALIST (YOUNG ADULT CATEGORY)***
LITERARY CLASSICS BOOK AWARDS WINNER -GOLD MEDAL (SUPERNATURAL CATEGORY)***
LITERARY CLASSICS SEAL OF APPROVAL (FIVE STARS)**
READERS FAVORITE BOOK AWARDS WINNER (Silver Medal-Supernatural Category)*
"This is much more than a supernatural story but more one of human relationships and the power that self-doubt can have on your perception of reality. There are such heartwarming passages throughout the story. The twist at the end was a superb example of great storytelling! --- Readers' Favourite.
Born with a rare, unusual gift...sentenced to death...confined to a dungeon...persuaded by a priest to write! His powerful story, in his own powerful words! A devastating, immersive and unforgettable insight into the mind of a young man, days before his execution. From the author described as "a master story-teller!"(Emerald Reviews) and "a sensitive poet who molds language as though on a potter's wheel which results in unspeakably beautiful art."(San Francisco Review Of Books). 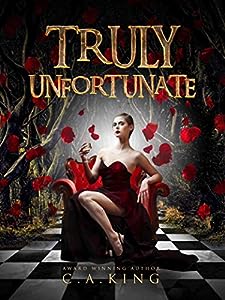 Growing up in Knoll County wasn't easy, especially without any childhood memories. Truly spent her whole life searching for the answers her mind refused to reveal. There might have been horrors in her past, but her current existence wasn't much better than a nightmare itself. After beginning treatments with a new doctor, disturbing visions began to resurface. The stench of death surrounded her, but where exactly was it coming from?

Jeff always knew he wanted to be one of Knoll County's finest and had no problem achieving that dream. A part of his ambition stemmed from the death of a classmate at the tender age of nine. It might have been ruled an accident, but his gut told him otherwise. When people start turning up dead in the same pattern, Jeff will be forced to put everything on the line to connect the dots between past and present. But in doing so, will his own future be jeopardized?

Truly Unfortunate is a dark paranormal thriller that will leave readers with chills after answering the question: Which is stronger... the boundaries of reality or the safety of one's own mind?

Although there are no explicit or graphic scenes contained in this story, some of the subject matter may be considered more suitable for mature audience. 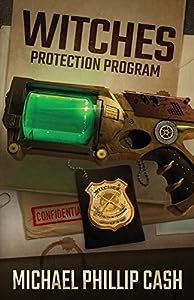 Wes Rockville, a disgraced law enforcement agent, is given one last chance to prove himself and save his career when he's reassigned to a 232 year old secret government organization. The Witches Protection Program. His first assignment: uncover a billion-dollar Cosmetics company’s diabolical plan of using witchcraft for global domination, while protecting its heiress Morgan Pendragon from her aunt’s evil deeds. Reluctantly paired with veteran witch protector, Alastair Verne, Wes must learn to believe in both witches and himself.Filled with adventure, suspense and a rousing good time, Michael Phillip Cash creates a tongue-in-cheek alternate reality where witches cast spells and wreak havoc in modern day New York City. 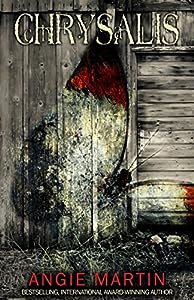 From the best-selling, award-winning author of Conduit and The Boys Club comes a new supernatural thriller.

Sheriff Peter Holbrook leads a simple life watching over the residents of Nowhere, Kansas, where the most noteworthy crimes are dognappings and brawls at the local tavern. He’s always had an inherent fear of the gray – the yearly spring storms that plague the area. As the gray descends on Nowhere, a mysterious woman crashes her car just outside city limits. The tattooed stranger may not remember who she is, but Peter instantly feels a connection with her.

But, the girl’s appearance isn’t the oddest event. Unusual behavior from the townsfolk, cattle mutilation, and death soon follow. Peter believes they are related, but only has his instincts and prophetic ramblings from his deceased mother. As the mysteries and bodies pile up, he turns to the stranger for help in hopes to save his sleepy town. 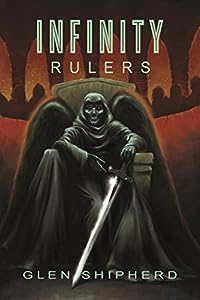 With Lucifer's life force separated from his body on Earth, he finds his consciousness back in Heaven. Death has been given control over Lucifer's failed army and with the Father appearing to be gone, he tries to find a way back to Earth. Samael and Vlad are busy hunting Lilith, knowing it would be Lucifer's will to stop her growing strength. The only two surviving Angels, Alexander and Belial have helped many humans to create a growing society not knowing of Lucifer's influences upon the planet. If he returns, will Lucifer destroy all they have done? 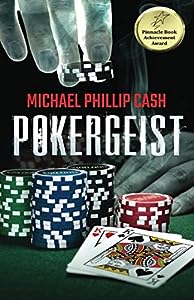 Sometimes life, as well as death, is about second chances. Luckless Telly Martin doesn't have a clue. An awful gambler trying to scrape by as a professional poker player, he becomes the protégé of world famous poker champion Clutch Henderson. The only catch…Clutch is a ghost. Telly and Clutch must navigate the seedy gambling underbelly of Las Vegas learning to trust each other in order to win the elusive International Series of Poker, repair their shattered personal relationships and find redemption in this life and the hereafter. 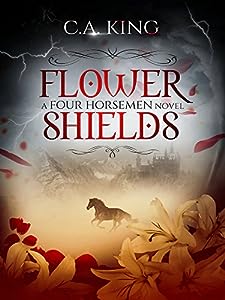 For centuries their sole purpose has been guarding the sealed gates to hell. Without keys, there was never any real threat. That was about to change...

Michael couldn't care less about the love story behind how and why the world was created. In fact, nothing matters to him other than keeping the gates to hell closed. If one of the lost keys ever fell into the wrong hands, all humanity would be doomed. He's not going to let that happen - at any cost.

Tara's life is nothing short of a disaster. She's managed to flunk out of college with about the same amount of dignity as every relationship she's been in. The only constant in her life has been her love for flowers. When she's attacked at work, a stranger comes to her aid. Michael might be good-looking, but he's also arrogant, bossy and crazy. He's also her only chance to figure out who attacked her and why. Should she follow her heart and trust him - or listen to her head and run?

When a demonic ritual comes into play, it exposes both of their vulnerabilities, leaving them with a choice - work together or perish alone.

“A fresh twist on the four horsemen, Flower Shields is a fast-paced adventure, with a rich mythology and fun characters. An exciting read for any fantasy lover! “ - Reviewed by Liz Konkel for Readers' Favorite - 5 stars