An Adventure of Love and Friendship 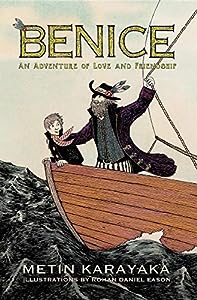 "A Treasure Island for the modern era. The writing style is reminiscent of the prose in The Alchemist, featuring turns of phrase that offer nuggets of wisdom." -- Kirkus Reviews, (Starred  Review)
A middle-grade bedtime storybook written and illustrated in the tradition of classics. While adventures teach boys and girls importance of family and friendship in their lives, adults will love the good lessons about not making the wrong decisions when life offers challenges.
Levend is just twelve when he meets Mr. Ben Ice, a gruff fisherman whose peg leg, eyepatch and hook hand all but prove a lifetime of piracy. But life in Yalova is hard, and if this intimidating figure can help Levend support his family, then he'll gladly accompany him on the fishing trip of a lifetime - even if it's packed with more danger, adventure and friendship than either of them could ever have expected.
As Levend discovers more and more about his would-be captain, he becomes embroiled in a dangerous pirate feud, a hunt for sunken treasure, and the chance to forge friendships that will last a lifetime - even if that only means the next few minutes. Confronted by timeless love and shocking betrayal, Levend must decide who he can trust and who'll make him walk the plank.
Starring sharks, pirates, parrots, parents, lobster-popsters, Seabubbles, Giant Yang Yang, Little Fan Fan, aunties, sisters, brothers and friends, Benice will take you on a journey that's as heartwarming as it is hair-raising. Thrill to a swashbuckling adventure, wonder at the hidden truth, and cherish the kind of friends that will stay with you for life. Perfect for young readers starting to learn life's most important lessons, Benice is a classic adventure suitable for all the family - the sort of story that will inspire nights reading under the covers and days sailing the high seas of imagination. 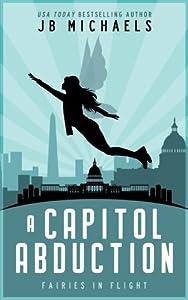 Jane Fae Flyer is tasked with an impossible mission: Find three missing fairies in the most surveilled and secure city in the world, Washington D.C.From the mind of USA Today bestselling author, JB Michaels, comes his most harrowing thriller yet, A Capitol Abduction.Taking place just days after the Spiritless invasion of the North Pole was thwarted by the Tannenbaum Tailors and Fairy Fleet combined, a new crisis emerges. Jane will need to reunite with her estranged sister to accomplish her objective. Will the sisters put aside their differences for the greater good? Suspense, danger, and intrigue abound in a fantasy action thriller that will take you on dizzying flight from the Washington Monument to the Smithsonian to the Statue of Freedom. Fly Fast. Fly Strong in A Capitol Abduction.

The Pirate Princess and the Golden Locket 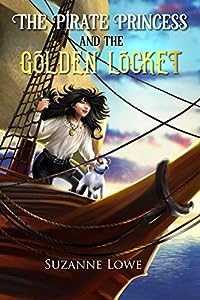 The first thrilling tale of adventure, friendship and discovery in the Pirate Princess series

The Pirate Princess and the Golden Locket is an exciting adventure story for 6-11-year-old children.

Meet Lotty the brave young orphan whose life is about to change forever!
When on her twelfth birthday, Lotty is unexpectantly cast out from the Sevenoaks Home for Children, she befriends a cheeky little dog called Mr Jacks. Her life soon becomes an exciting adventure as together they encounter lazy pirates, hidden treasure and uncover the mystery of Lotty's golden locket!

The Pirate Princess and the Golden Locket is a story full of loveable characters, swashbuckling adventures and ruthless pirates!

***** I loved the main character Lotty who is both smart and courageous!
***** A charming and exciting middle grade adventure story
***** A story full of twists, mishaps and mayhem. I can't wait to read the second book. 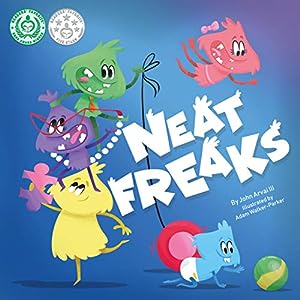 "If I was a child, this story would have me leaving my room spick and span every night without fail!" -Jane Finch, Readers' Favorite, 5 Stars

Find out what happens when two kids skip cleaning up their toys before bed in this rollicking new picture book perfect for ages 3 to 7! Hint, the Neat Freaks come out to play ... and to clean in a most unexpected way!

From the multi-award winning author of Off the Hook: A Christmas Ornament Adventure and The Good Mood Book. 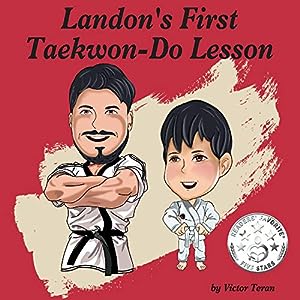 This incredible story is about a brave, intelligent and athletic three-year-old boy; who like many others enjoy learning and trying new things. He took an interest in martial arts, and he shares his story about what life lessons he has learned during his first Taekwon-Do session. This story focuses on fitness and self-defense; and the importance of respect and love to oneself, his parents and friends.Landon would like to invite you to come along on his Taekwon-Do journey to black belt. "Would you like to be his Taekwon-Do partner? See you in training my friend... "

A Captain No Beard Story (Volume 6) 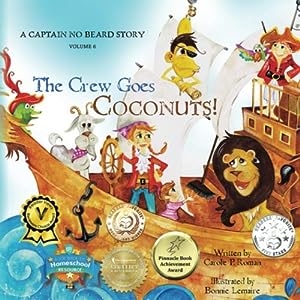 There is a storm brewing on the Flying Dragon, and it's not about the weather. When the crew finds themselves parched and not enough juice to go around, blame falls on Matie the goat, Hallie's friend. Divided, they square off, ready for a fight and Captain No Beard must teach his crew that not only is bullying wrong, they must learn to value and respect each and every member of the crew. Watch the crew of the Flying Dragon learn an important lesson about being a true friend.

The Kid Who Beat Wall Street and Saved Africa 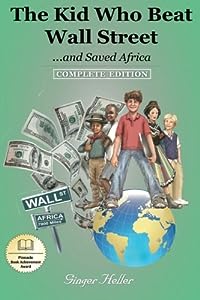 "The Kid Who Beat Wall Street...and Saved Africa," is a story that takes place on six different continents where our hero, Marco, invests in a gold mine stock, corners the market in corn, and makes over $500,000. That’s right, over half a million dollars. By the way, he’s only 12 years old and his parents have no idea.

However, it is also the story of children in war torn Africa, of marauding gangs of thugs, burning and pillaging. It’s a story of disease, of the lack of food, clean water, and medicine.

Marco, along with his pen-pals from all over the world, learns of the plight of these less fortunate children in Africa. A daring way is devised to come to their rescue.

"The Kid Who Beat Wall Street...and Saved Africa," tells of courage, of adventure, and of how one boy can begin to save the world, one small step at a time. 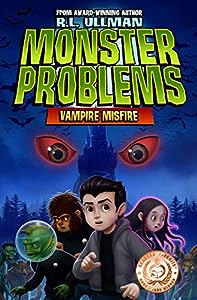 Some monsters are meant to be heroes...
**Readers' Favorite Book Awards Winner**

Most kids have problems, but 12-year-old Bram Murray has Monster Problems. That’s because he’s clueless about his past, having bounced around foster care his entire life. Of course, his peculiar habits always raised eyebrows, like staying up all night and eating only red-colored foods like Swedish Fish. But Bram just figured he was different. He never imagined he was half-vampire—or that he was being hunted.

After barely escaping a werewolf ambush, Bram is recruited into the Van Helsing Academy, a secret school that teaches misfit monster kids to use their powers for good. Unfortunately, he just may be the most pathetic monster ever. But Bram better figure it out fast, because the Dark Ones have resurfaced, and they’re searching for a powerful artifact to resurrect Count Dracula and conquer the world. Can Bram and his monster friends save humanity before it’s too late?

Over 100 5-star reviews on Amazon and Goodreads.

What readers are saying: 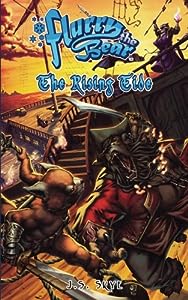 Flurry and his brothers wake up adrift at sea. Before the cubs can solve the mystery of their arrival, they are flung into an epic adventure on the high seas. Reunited with Chingu the Protector, they embark on a mission to find Captain White Cloud and confront the evil grizzly bear pirate known to all as Black Bear’d. Their adventure is shipwrecked when they learn of an ancient evil gaining power and a secret army. It's a race against time to stop Black Bear’d and save the lives of those terrorized by his pirate crew. Flurry and his friends need to put aside their differences and work together to outwit one of the worst villains they have ever encountered. 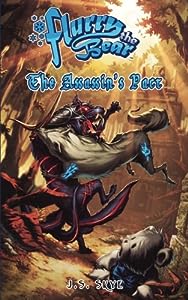 Two months have passed since Flurry and his brothers defeated Black Bear’d and his pirate crew. Their route through Erminea is filled with danger every step of the way. Their journey home is delayed when they are ambushed by feline assassins intent on Flurry’s demise. The cubs must think on their feet and work as a team to survive. However, the cats are the least of their worries. Little does Flurry know, the cats are in league with Isangrim the wolf. In the face of such a powerful adversary, Flurry wonders if he can prevail a second time. Join Flurry in his epic struggle over the forces of darkness as he teams up with the valiant cat warriors of Tikalico to protect his friends and bring everyone home to Ursus.
Contact Author -