A Couple's Breakup from Their Dog's Point of View 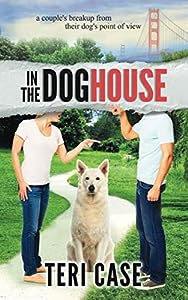 "A superb choice ... an engaging story about a woman and her canine overcoming heartbreak as a pack." -Kirkus Reviews

Skip is a rescued dog who wants to matter. He loves living in a blissful pack with his human couple, John and Lucy, and he has bow-vowed never to lose them. But when John walks out after seven happy years, Skip and Lucy's world is turned upside down. Skip is determined to guide Lucy through her identity crisis, but he's guarding a secret: he's to blame for the breakup and her broken heart.

Now, with the help of a hoarder neighbor, a stray cat, and a boy with autism, Skip must build a new pack for himself and Lucy before she discovers his canine treason and kicks him to the curb.

The Dog Thief and Other Stories 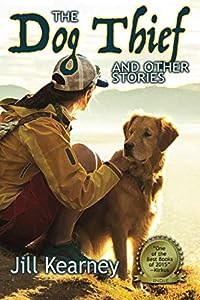 “Decrepit humans rescue desperate canines, cats and the occasional rat in this collection of shaggy but piercing short stories.” Listed by Kirkus Review as one of the best books of 2015, this collection of short stories and a novella explores the complexity of relationships between people and animals in an impoverished rural community where the connections people have with animals are sometimes their only connection to life. According to Kirkus Review: “Kearney’s prose is elegant and unfussy, with threads of humor and lyricism. She has an excellent eye for settings and ear for dialogue, and she treats her characters, and their relationships with their pets, with a cleareyed, unsentimental sensitivity and psychological depth. Through their struggles, she shows readers a search for meaning through the humblest acts of caretaking and companionship. A superb collection of stories about the most elemental of bonds.”

Look for Me Under the Rainbow 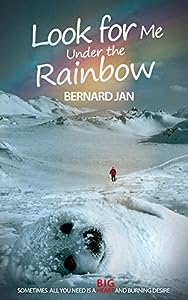 Sometimes all you need is a big heart and burning desire.

Danny, a curious harp seal pup, has soft white fur and black innocent eyes. Helen is an environmentalist and member of a young activist crew of the Rainbow Warriors. Their mission is to save animals.

As winter turns into spring, a new generation of seal pups comes to life. A few weeks later, the killing begins. Against a spectacular backdrop of ice and snow, Helen prepares to look horrific human cruelty in the face.

I do not doubt I have a big heart and burning desire, but is that enough for a person to become a Rainbow Warrior, or is there something better? Something only some of us manage to turn into what we have long missed—humanity.

In the race against time and clubs, will Helen save Danny before the hunt begins and the ice turns red?

Though written for younger readers, Look for Me Under the Rainbow will appeal to anyone who cherishes our beautiful planet and wishes to protect its treasures.

Buy this book by Bernard Jan, the author of A World Without Color, and experience another emotional journey. 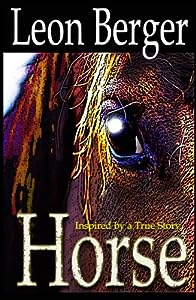 This bittersweet chronicle about how a working horse finally gains his freedom was inspired by a real animal and true events, yet it's underlying theme is about the universal value of friendship.

The hero is a sturdy draft horse: old, eccentric and irritable. His name, suitably enough, is Groucho. By day, he hauls a tourist carriage around the heritage streets of Montreal. By night, he goes home to a stable in a run-down, working class district.

When his owner dies, Groucho feels the loss and is helped through it by the ancient stableman, Doyle, who is also set in his ways. This is the story of how they cope with each other, as well as the threat which endangers their entire way of life.

Odyssey of a Navy Dolphin 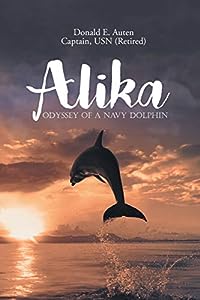 The lives of a young Wyoming cowboy turned Navy Mammal Handler, Brent Harris, and a delightful green-eyed southern girl, Katie Donavan, are woven together by the events in the life of a young Atlantic Bottlenose Dolphin, Alika, in this heartwarming story--a fable of loyalty, gallantry, hope, and love.

Brent, a horse trainer with a special gift, joins the Navy fresh out of high school to see the world. When a Navy notice asking for volunteers for the Navy's Marine Mammal Program (NMMP) is announced, Brent gives up a glittering career to become a mammal handler. His decision, not easily made, fulfills a long time spiritual oracle he believes has called upon him. He is assigned to Alika, a spirited, orphaned dolphin with some issues.

Through her unrelenting effort, Katie locates the little dolphin she helped rescue years before and coordinates a field trip for a group of marine biology students to a little known Navy command at Point Loma, California. There, she is reunited with Alika, now a certified Fleet Mk-7 Mine Hunter dolphin.

The reunion was a euphoric triumph but made even more spectacular by Katie's chance introduction to Brent, Alika's handler. Love blossoms for Brent and Katie, but the clouds of war form in the Mideast. On March, 20th, 2003 the US coalition of nations initiate Operation Iraqi Freedom (OIF)--the second gulf war.

Brent, Alika, and other mine-hunting teams from NMMP deploy to the mid-east; they are integral to the OIF campaign and are of the first called into action. Three days after the task of clearing sea-mines from the port of Umm Qasr begins, Brent suffers a brutal attack from a bull shark. Alika exacts retribution and dispatches the shark then tows Brent to safety, saving his life.

Brent had a promising future. He had gained so many things--some through hard work, diligence, and good decisions but most through the grace of God. He had completed a mystical calling, which, five-years earlier had beckoned him. But now, it seemed, one by one, his life's greatest treasures were being systematically stripped from him.

He'll recover from his physical wounds, but the real devastation is the reality that he will be discharged from the Navy, lose his job, his dolphin, and likely, his one true love--Katie.

But Katie has other plans. She comes to Brent with hope, salvation, and a promise.

For the first time Alika testifies to the unwavering bond of loyalty and trust dolphins share with their handlers. Alika is a must read for those kind souls who thrive on animal stories or who are allured to the majestic and mysterious mammals who live in the sea and befriend man.

A Fairy Tale for Dog Lovers 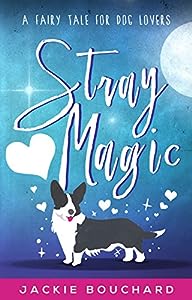 Cara Snow is newly divorced, stuck working for a jerky boss at a pet boutique, and dreading her soon-to-be-empty nest with only her beloved corgi for company. Worse still, her ex just got engaged. Doesn’t she deserve some romance, too? Or, at least a date for the Fur Ball. She’s always enjoyed the annual pet rescue gala, but this year her ex will be there with his fiancée. Meanwhile, Cara hasn’t met anyone— other than the irresistible dogs at the boutique’s adoption events.

Cara is shocked when her wish to fall for a man as easily as she does for those mutts summons Vincent. His velour track suit, paunchy belly, and tough-guy accent don't exactly fit her childhood image of a fairy godfather. Not exactly on top of his game, he admits to being twenty-five years late. (Her daughter Winnie is convinced he must be there for her!) Vincent does his best and casts a spell "guaranteed" to help Cara find the One. But when she actually starts meeting men, none of them are her type. If only they were as perfect for her as the dogs they adopt. Did her screw-up fairy godfather botch the spell? If so, what will it mean not only for Cara but Vincent as well?

From USA Today best-selling author Jackie Bouchard, comes a tale of love, laughter, and the profound magic of believing in yourself. 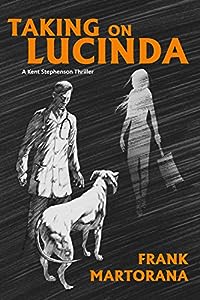 While investigating the death of his mentor, Dr. Stephenson uncovers a plot against the animals he has sworn to protect.

Hollywood starlet Aubrey Fairbanks and her entourage of activists descend on the picturesque upstate New York village of Jefferson to protest animal testing at the cosmetic company that is Jefferson’s lifeblood. Kent Stephenson is the town’s veterinarian and a lifelong resident. He is licking his wounds after a vicious divorce that took away his daughter and hiding from the world in his profession surrounded by animals that love unconditionally. But his brother, the police chief, has other plans for Kent and recruits him to defend their town. What seems to be a simple matter of negotiation soon escalates to arson, then murder. More strangers arrive in town and Kent’s animal patients begin disappearing. Kent and Aubrey’s relationship turns from blood enemies to respect and commitment as they risk their lives to protect Jefferson, find the murderers, and crush a cult that thrives on all that animal lovers despise. 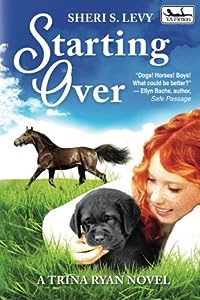 Trina Ryan’s challenging summer starts off with a puppy-fueled energy burst as she takes on another service dog for training—an eight-week-old black Labrador named Colton. And to help explore another dream, she’s taken a job at the barn next door in exchange for riding lessons with the barn’s schooling horse. Before long, Trina butts heads with Morgan Hart, an ill-tempered but skilled rider with a gorgeous thoroughbred named Knight.

Adding to the list of frustrations is the difficulty in maintaining a long-distance relationship with Chase, her first boyfriend from last summer, while trying to deal with unwanted attention from a new boy in her puppy training class. At least best friend Sarah still has her back, but as Trina wearies of Morgan’s constant insults and her heartless treatment of Knight, she decides to use her dog training skills to look underneath Morgan’s hostile attitude and develop a sense of trust. 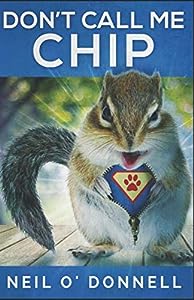 He might seem like your average chipmunk who loves seeds, sunbathing and enjoying a quiet life in the suburbs. But after new neighbors move in and wreak havoc, they will have to come face to face with his wit and resourcefulness.

The last straw is that the new neighbors keep calling him Chip. Convincing all manner of rodents and other small wildlife to work together, Timothy launches an assault against their invasive neighbors.

Based on a true character, this book is a clean, fun read for eight-grade reading level and over.

★★★★★ - "Being a lover of all animals myself, I enjoyed this well written story. This is a wonderful read for young and old alike."

★★★★★ - "Makes you more aware of wildlife and how we destroy their land. A delightful book." 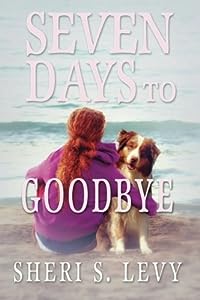 After Trina’s beloved dog dies, she swears she’ll never get another one. But then she learns about service dogs, and realizes that if she becomes a puppy raiser, she could train puppy after puppy and never worry about them dying. But like all great ideas, this one has a serious flaw: her first service puppy must be returned to his kennel at the end of their week-long summer vacation. And saying goodbye to Sydney is going to be much tougher than she ever imagined.

Trina’s last week with Sydney is made that much harder by her newly strained friendship with her best friend, Sarah, who’s become so over-the-top boy crazy that she’s almost like a stranger. Sarah is determined to have them hang out with every boy at the beach, but when a boy named Chase takes an interest in Sydney and Trina, it puts an even bigger strain on the friendship.

It’s hard enough to deal with loosing Sydney, but now she may lose her best friend, too. And even if she manages to patch things up with Sarah—and figures out what to do about Chase—she still must face a daunting decision: is she strong enough to take on another service puppy?

“Trina’s foray into the world of boys, friendship, and fashion while focusing on the important task of training service dogs strikes just the right balance. This canine-inspired coming-of-age tale is a poignant but fun summertime story.” — Val Muller, author, the Corgi Capers series and The Scarred Letter