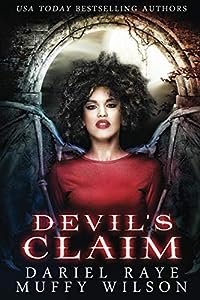 Generations ago, he died for her. Now, it’s her turn. Pride kept them from looking at one another, but their bodies could not lie. Recognition lived in their souls, rekindling memories of passion, love, betrayal….and death. Apache Elder Aidan Stringfellow, V, is a very wealthy man with one wish – to free his only son, the brilliant, yet abrasive David, from the curse that has plagued his family for generations. When his controversial plan for a cure is revealed, shock and disbelief are only the beginning, for David has deadly, yet beguiling secrets of his own.Choosing to honor Aidan’s wishes, David and Katala unwittingly awaken an ancient evil desperate to lay claim to the last-born Stringfellow – David. The tumultuous consequences of a vengeful pact spanning generations, defies time, tradition, and death itself. Katala finds herself falling in love with a man whose gaze and touch ignite long-forgotten passion, propelling her to fight for his life. She unearths one devastating clue after another on her winding journey toward the truth, but unseen forces escalate their attack as truth collides with myth. Clinging desperately to her own sanity, she must find a way to reconcile the two, for even her own identity comes into question. Trust no one. Not even David.Time is running out. Promises will be kept, and if the devil has his way, souls will be claimed. 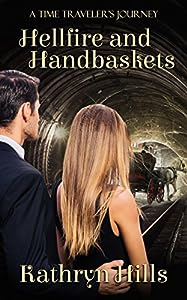 It’s hell in the ER, but Army veteran Dr. Rick Hauser wouldn’t work anywhere else. The hardened combat medic thinks he’s seen it all. Until she storms into his life.

Amelia Pennington is not just a pretty face. She’s a time-traveler. A medical student from 1895, forced to flee a madman. She’s been in trouble before, but this time everything she loves is at risk. Can a reluctant hero be the key she’s searching for?

What’s left of Hauser’s heart is still on the battlefield. Last thing he needs is to get tangled up with a mystery woman. But when he finds Amelia on the streets, he ignores the warning shots firing off in his head and takes her home. In less than twenty-four hours, she’s upended his self-protected world. Even his dog, Rocky, is in love. 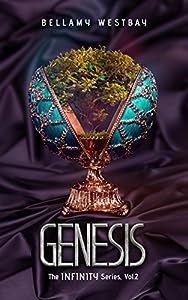 When modern-day twists with the old texts from the creation of time, you find a story that leads a group of friends on a journey, one that will change their lives and possibly the world’s…

The unthinkable has occurred. The love of Alexander’s life was dying. Every moment pulled her away from him. Every second brought her closer to death. And he’d do anything to save her.

Even if that included treason.

Even if it included defying the God he’d sworn to obey.

In a race against time, Alexander set out on a new mission. To scour the multiverse for the three gatekeepers who blocked the way to the only cure. 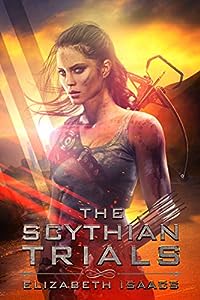 Descendants of the Amazons, the Scythians work alongside prominent governments but answer to no one. Warriors living on the fringe of civilization, they live by one credo: Strength through Equality. Power through Knowledge.

Nya Thalestris is the brightest Scythian of her generation. Strong, capable, ruthless, she is sure to earn a spot in the Trials, a time-honored mating ritual responsible for the evolution of her species.

Abducted by their sworn enemy, the Drahzda, Nya is forever altered and spirals out of control. The Society sends in Jax Nickius. Infamous psychologist and one of the most brutal warriors of their kind, he discovers triggers planted in Nya’s mind. As Nya solidifies her spot in the Trials, Jax develops a plan to help her heal--while pursuing her as a mate. But, Nya’s attraction to Jax is at war with her instinct to never let anyone get too close.

During the Trials, Nya’s repressed memories surface, revealing a new enemy--one from inside the consulate walls—and a traitorous alliance on the horizon that could irrevocably change the course of history.

Since before the Bronze Age, the Society has managed to safeguard humanity from itself ... until now. 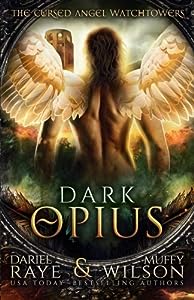 One passionate decision can be hell for an archangel. Gabriel’s mission from God was simple. At least that’s what he thought, until Helen Warner, his charge, loses her husband in the cataclysmic disaster perpetuated by Asmodeus, the ruthless demon of lust. Unable to stand by and watch while Helen plummets, losing her faith and her will to live, Gabriel defies the rules that have governed his entire existence and plunges to earth with no regard for the consequences. Problem? Intervening without God’s permission sets him on a dangerous course rife with deadly distractions and pitfalls, and now, his immortal soul hangs in the balance. His life becomes even more complicated when he befriends Narsaé, a beautiful, powerful, yet untrained force in her own right. Pitted against Asmodeus and his army of demons, unexpected human emotions—jealousy, doubt, even love—threaten his most basic beliefs. Gabriel must protect those he has come to love and unite the warring factions against their common enemy, Asmodeus, while controlling the foreign, often debilitating emotions that torment him. Can Gabriel save their home, all the besieged residents, and Watchtower 11, sending Asmodeus and his army of demons to a fiery Hell? Failure means certain death for all. But Gabriel must face an even more difficult challenge than war and death—will he risk Heaven, immortality, and his very soul for the love of Narsaé? A world plunged into darkness. An Earthbound archangel, the witch who loves him. A curse that must be broken

A Novel of The Pure Ones 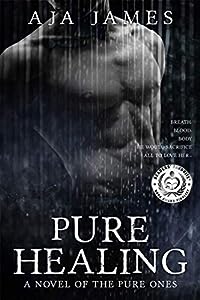 Enter the world of Pure Ones, a race of immortal, supernaturally powerful beings who protect humankind, where sexual intercourse with anyone other than one’s Eternal Mate leads to a slow, painful death within thirty days.

The Healer of the race, Rain, is the only exception to this rule. To harness and accumulate enough energy to heal severe wounds, especially as the war between her people and the vampire hordes accelerates, she must take a Consort once every ten years and draw strength from his blood and body. But as the war wears on, few Pure-males who are strong enough to serve as her Consort remain. Valerius, Protector of the race, is the strongest candidate.

Despite their instant attraction ten years ago when they first met, Valerius has staunchly avoided applying to be the Healer’s Consort. The brutality and violence he suffered as a Roman sex slave in his human life ate away at his soul, leaving a dark abyss of torment and self-doubt.

Now, as Rain’s strength drains with every healing act, Valerius cannot escape the fact that he may be the only one who can save her, and in so doing, afford his people greater hope for the future as battles intensify.

Will Rain and Valerius find their way to each other as the struggles between good and evil evolve? 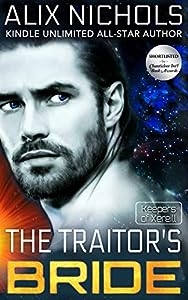 Disgraced war hero Areg Sebi is on the scaffold, laying his head on the block.
A priestess chants a prayer for the major's soul.
In the crowd below, laundress Etana Tidryn stares into his eyes.
Last night his lips were hot against hers.
He worshipped her with the desperation of the damned...
Will he die today?
Or can Etana transcend Time and Space — transcend Life itself — to save him?

THE TRAITOR’S BRIDE is the first novel in a series of 5 connected sci fi romances. This volume features Etana and Areg’s love story, and introduces readers to the world of Xereill.

"An intoxicating spark to a series brimming with romantic fantasy and galactic warfare." — Seattle Book Review.

"An excellent mix of humor, steam, sci-fi, fantasy, romance and intrigue that few authors can pull off." — Love 4 Books Blog

WHERE TO START:
The Cyborg’s Lady — a prequel novella featuring two important characters, Linni and Keiron — is a good place to start. But you can dive straight into the main series, and read the novella later.

1. The Traitor’s Bride
2. The Commander’s Captive
3. The Dragon’s Woman
➤ A Night of Amity (newsletter-exclusive companion novelette)
4. The Samurai’s Lover
5. The Vestal’s Steward

If you like science fiction, fantasy and paranormal romance, you'll love this novel!

➜ Get your copy now. 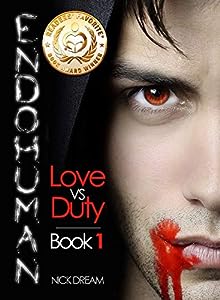 A page-turning debut with countless plot twists and cliffhangers that will keep you guessing. And you'll still be wrong!

Endohumans are not destined for love. It is against the Ancient Rules.
18-year-old Adam Vanolf was raised by his grandfather to be the protector of good against evil. His mission must be kept secret and placed above everything as he tries to fit into society and live a normal teenage life. His loyalty to the mission is tested by his teenage hormones, which could destroy everything his grandfather has been preparing him for his whole 18 years. This could put the entire human race in danger. However, everything he has been raised to believe comes under question when history repeats itself, leaving two teenagers missing and the whole town on edge. Adam is desperate to find his missing schoolmates, but will he be able to handle the revelation behind the kidnappings? Just when he thinks he now knows the truth, his whole world turns upside-down one more time, revealing yet again that things are not always as they seem. Will Adam be strong enough to place the mission above his personal desires? And, what is the actual truth about his mission anyway?

*2017 International Award Winner in the Paranormal Romance/Sci-fi Category from Readers Online
*One of Wattpad's top read books in 2016, making it to Top 10 Charts in "Paranormal" and "Romance" Categories with over 320k reads! 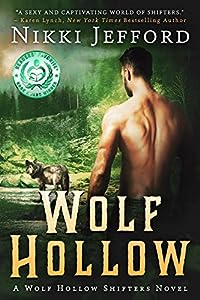 An attraction that threatens the future of the pack…

Spirited, stubborn, and deeply loyal wolf shifter, Sasha feels the pressure from her pack to claim another pureblood, yet no one is brazen enough to defy the elders and toy with her . . . no one besides a hotheaded half-breed.

Tabor, a rebellious outcast, is the hollow's only wizard shifter. Constantly overlooked despite his strengths, Tabor believes Sasha is as shortsighted as the rest of the pack until she proves there's more to her than a blindly obedient lapdog.

Unable to resist the proud and sensual pureblood, Tabor would risk everything to claim her. Despite her vanishing bloodline, Sasha can't resist the charismatic half-breed, even as the elders set her up to breed with another pureblood.

Predators are closing in, threatening the strength and stability of their pack, and there are shifters within Wolf Hollow willing to do anything to prevent the pair from mating.

In a fantastical post-apocalyptic world, where only the strongest survive, sometimes trusting the heart is the bravest act of all.

Find out why Kirkus Reviews called it "a mesmerizing post-apocalyptic paranormal romance."

A Novel of the Dark Ones (Pure/ Dark Ones Book 3) 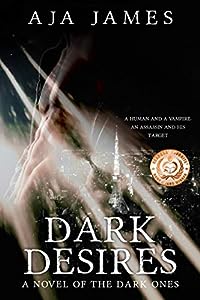 “Every story has more than one side, like a crystal that captures and reflects different colors of light. Do not take for granted what you think you know, for until you hold the entire jewel in your palm, the temptation is to fall prey to illusion and deception.”

This is a story of the Dark Ones…

Ryu Takamura is the Dark Ones’ Assassin. He has never missed his target…until now. Until her.

Ava Monroe is a talented geneticist who holds the key to the vampire race’s future…and perhaps her own as well.

Their attraction is explosive from the first. She would do anything to have him. He would sacrifice all to protect her.

But will their love triumph over seemingly impossible odds as they battle enemies new and old? Especially the demons from Ryu’s past? And deep within his heart?