Anarchy and Other Lies 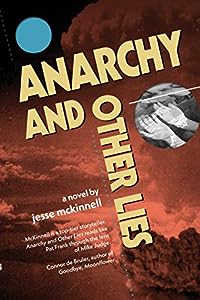 Anarchy and Other Lies by Jesse McKinnell is a dystopian thriller set in a not-too-distant future where resources are scarce, pitting countries against each other on the brink of all-out nuclear warfare. Jake Anderson's life turns upside down when he finds himself unceremoniously fired from his job as a silverware designer, leading him to roam the streets amongst the homeless. After witnessing a bridge being blown up, Jake follows the person responsible for the act, Sam, narrowly avoiding a second bomb blast when she rescues him. Devoid of purpose and enamored with Sam, Jake joins the revolutionary group despite the wishes of Sam's accomplice, Cap. However, Jake soon realizes that Sam might be too extreme for him as he finds himself way in over his head.

Anarchy and Other Lies is a cautionary tale about a man embroiled in a situation of his own making that mirrors some real-world issues. With a fast-paced plot filled with twists and turns, author Jesse McKinnell's dystopian thriller puts its hooks in you from the first page and refuses to let go until the end. McKinnell's worldbuilding is impressive, using some real-world parallels to craft a believable dystopia. The characters have colorful personalities containing considerable depth, emerging with each page turned as the layers are peeled off slowly. Through Sam, McKinnell masterfully captures the psyche of the charismatic rebel with delusions of grandeur. Jake is her brainwashed admirer who quickly realizes what he got himself into. If you're a fan of dystopian thrillers, definitely check this one out.

The Path of the Tapir 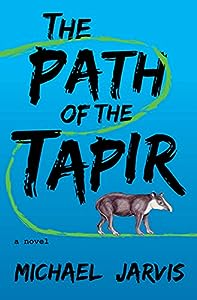 The Path of the Tapir by Michael Jarvis is an environmental thriller. Peyton Paddington and Chloe Summers decide to travel to Costa Rica for fun, two college girls trying to find themselves while living it up. Death wasn’t in their plans but a fire at a palm oil company property ends in tragedy for the girls. The company hires Phillip Millege, a private investigator, to get to the truth and find a missing person, Ellis Hayden. He was the last person to see the girls before the fire and, with the help of several locals, Millege starts his investigation. However, the tables are turned when a mysterious mercenary turns the hunt on them with potentially terrifying consequences for everyone. Can Millege get to the bottom of the murders and will they find Hayden?

The Path of the Tapir by Michael Jarvis is more than just a thriller. It’s a story of environmental destruction and the consequences it has on human and animal life. It’s got everything you would expect – plenty of action, suspense, and mystery – along with a dash of terror thrown in for good measure. The characters are developed as real people that you can relate to and get to know well throughout the story, and the plot is unique, fast-paced, and with environmental aspects that are handled very well. There’s a lesson in this for all of us – if we don’t start looking after our planet, it will no longer have the ability to provide for us and will turn on us in ways we can’t imagine. A thought-provoking tale of suspense. Anyone who loves a good edge-of-your-seat thriller will love this. 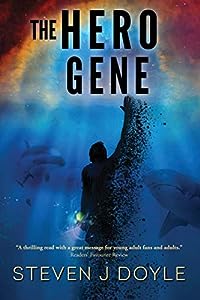 The Hero Gene is a work of fiction in the science fiction and climate fiction sub-genres and was penned by author Steven J. Doyle. Written for young adult audiences, this is a teen adventure story packed with plenty of drama, and it’s set in the near future of 2032 when the planet’s climate and extreme weather have gotten even more out of control. Our protagonist Sam suffers from a mysterious condition called solar narcolepsy that stops him from feeling like he’s a regular teen, and his life is about to take an even stranger turn when his climate scientist father vanishes on the other side of the world.

Author Steven J. Doyle has crafted a highly engaging young adult adventure with plenty of relatable teenage emotions and attitudes, plus a whole lot of high-stakes excitement. I was so pleased to see the climate fiction genre branching further out into the teen fiction world, offering a covert political angle on the dangers for future youth if we don’t take care of our planet. Sam has a lot of the typical insecurities of teens which will make him very relatable to the reading audience, and his character arc is well planned for him to learn and grow into his own uniqueness as the adventure continues. I also felt that the use of imagined future tech and the dialogue were great near-future touches to the atmosphere. Overall, I would certainly recommend The Hero Gene as a thrilling read with a great message for YA fans and adults alike. 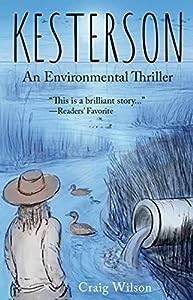 Kesterson by Craig Wilson is an environmental suspense novel based on the real-life selenium poisoning that occurred at the former Kesterson National Wildlife Refuge. Wilson begins with an immediate rush of intrigue as two men make their way toward a target, aiming to kill. The murder-for-hire is foiled when their target evades them, running to safety and soon after relaying a story he says is over a decade in the making. From there, the book shifts to a narrative that reads like it is present tense but is, in fact, Phil retracing events that extend back to the 1950s. The establishment of Kesterson involves deep corporate pockets and, initially, congress. By the time thousands of acres of Kesterson wetlands are so toxic that the wildlife is either decimated or the next generation is deformed, it becomes very clear that the stakes are too high, the corruption is too deep, and the greed is so intense that forcing change will be as deadly as the water.

Craig Wilson's Kesterson is a fact-heavy novel and Wilson delivers the wildlife version of Erin Brockovich as he weaves between then and now. The writing style is simple for suspense but the backstory is rich and because of this, and the amount of information we're deftly provided with by characters instead of the usual narrative dumps, the simplicity of prose is a welcome reprieve. The disparity between the rich and not-so-rich is on full display as the former are able to navigate rather comfortably at the expense of the latter. It's equally infuriating and heartbreaking to read. A shocking twist involving carbon-monoxide poisoning hammers home the extent of foul play in Wilson's iteration. I loved Phil and Amy who feel like the type of people I'd want to be friends with. This is a really good read and I'm so happy to have stumbled across it.