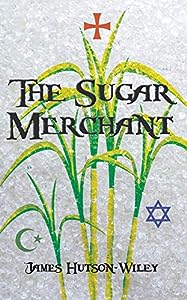 When Thomas’s family is annihilated in a raid, his life changes forever. Wandering for days, starving and hopeless, he is rescued by a monk and is taken to live at the abbey of Eynsham. There he receives a curious education, training to be a scholar, a merchant and a spy. His mission:  to develop commerce in Muslim lands and dispatch vital information to the Holy See.

Song of the Boricua 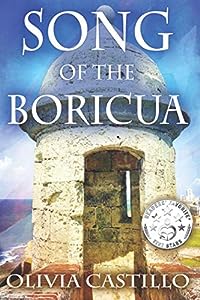 Puerto Rico an island of contradiction, serves as an enchanting backdrop following three generations of women. Elena: resilient and ambitious, but trapped by duty to her children. Maria:passionate and headstrong, but married to a man she does not love. Josephina: optimistic and romantic, but in love with an alcoholic. Isabella: clairvoyant and spiritual, but denies her heritage and roots. Like the land these women are held hostage, unfulfilled and unable to find their happiness. Each generation like the land is cursed. Can they defy the powerful bond of the curse and free themselves to fund love everlasting? New Author, Olivia Castillo, like the jibaros of the past weaves a tale of sorrow and joy. Castillos's fiction is timely, offering a glimpse into the islands rich history and offering insight into the story that has plagued women for all of time, the search for true love and acceptance of self.

Because Of The War 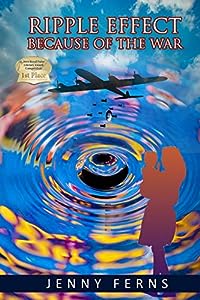 Veronica, feared she would be too old to marry or ever bear children until she met Richard a handsome RAF pilot. He persuaded her to marry before he went to war. She was jealous when her sister Rachel produced an illegitimate child from an unknown father.

The Blitz bombing from the Germans left much of the London in ruins. Before the onslaught, Veronica arranged for the evacuation of Rachel's daughter Susie, to live with her in the country. Rachel was presumed killed by a bomb in the Blitz so Susie grew up thinking Veronica was her mother and the absent Richard her father.

Veronica, similar to many other women left alone, learned new survival skills with the deprivation of rationing. She learned to love Susie as her own. Loneliness, with war-forced separation from her husband, took a toll on her.

When the war ended Richard returned to a wife and an adopted child he barely knew. They struggled to adjust to each other. Richard's alcoholism and outbursts of aggression, as side-effects of battle fatigue (PTSD), began to alienate Veronica and Susie.

Veronica despaired when the family appeared to disintegrate.

The truth emerged about Richard's issues, and Veronica's and Rachel's guilt and secrecy. Compassion for each other softened the anger. The family began to reconnect and forgive. Susie, an opinionated teenager began to accept but not forgive. Thus a sequel.

Civil War in the Crusader States 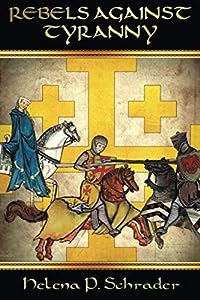 Emperor Frederick II, called "enlightened" by historians yet decried as a despot by contemporaries, unleashes a civil war that tears the Holy Land apart. The heir to an intimidating legacy, a woman artist, and a boy king are caught up in the game of emperors and popes. Set against the backdrop of the Sixth Crusade, Rebels against Tyranny takes you from the harems of Sicily to the Holy Sepulcher in Jerusalem, from the palaces of privilege to the dungeons of despair. This is a timeless tale of youthful audacity taking on tyranny―but sometimes courage is not enough....

A Novel of the Civil War in Western Virginia 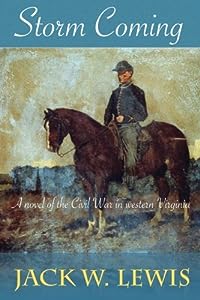 Based on a true story, this first of a trilogy of Civil War novels chronicles the fateful events of 1861 in western Virginia, as a young man learns to cope with his world turned upside down by war.

It is April of 1861. The shocking events at Fort Sumter are having devastating effects on Alexander Swaney, living on his family farm in Pennsylvania just a few miles north of the border with western Virginia. He watches as Virginia fights its own civil war, as the disaffected western counties, long neglected by Richmond, attempt to secede from the rest of the state. Their political struggle produces the first land conflicts of the larger War of the Rebellion, involving the future military giants George McClellan, Stonewall Jackson, and Robert E. Lee fighting in the rugged mountains of western Virginia, soon to be a new state.

As events sweep Alexander along in their path, he struggles to maintain some control over his destiny. Should he volunteer to join the Union army and fight to preserve the and he loves, but leave behind the girl he hopes to marry, as well as his family, at the mercy of marauders and bushwhackers? Adding to Alexander’s confusion is the fact that Sophia isn’t sure she’s ready to marry him, and a rival for her affections is on the scene in the form of his cousin Tip, a rake who has had his eye on Sophia.

Fortunately, Alexander has a close friend in Harry Hagans, a young pastor who also feels the call to arms from his desire to bring an end to slavery. As the storms of war bear down on them, Harry and Alexander share a convoluted journey, ultimately arriving at their military home, the 1st Regiment of Loyal Virginia Volunteer Cavalry, later to become the 1st West Virginia Volunteer Cavalry. Along the way, their friendship is threatened when Harry reveals a dark secret that shakes Alexander’s trust. A detailed glimpse into a portion of Civil War history largely unknown, Storm Coming is a luminous story of a young man’s coming of age and the birth of a new state out of the storms of war. 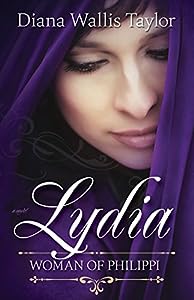 Smart, strong, and a follower of the Jewish God, Lydia has nonetheless always quietly conformed to the expectations of the wealthy Roman society surrounding her. Even though married off at fifteen to a man she dislikes, she is determined to be a faithful wife. But when her husband is killed some years later, Lydia vows never to remarry and returns to her father's house in Thyatira with her twelve-year-old daughter. There, a new life begins to emerge.      //

As she is trained in the family dye business, Lydia’s shrewd management quickly creates profit, prestige—and envy. At odds with her jealous brother, who is a staunch Roman and can't understand her obsession with the Jewish religion, Lydia finds herself yet again at the mercy of a patriarchal society. Will fleeing to Philippi be enough to protect herself and those under her care? Will she keep her vow to widowhood when a handsome Greek God-fearer turns out to be more than just an employee? ​And when she meets a strange man named Paul the apostle by the river one Sabbath day, will Lydia have the courage to once more let her life be dramatically changed—this time forever?

Song of the Shepherd Woman 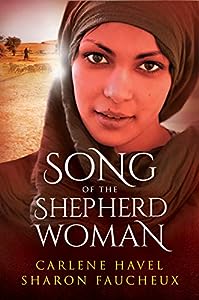 Avram has spent his life raising sheep in the hills around his native Bethlehem. Old age finds him cynical, peculiar, and perhaps dangerous. After Avram and his mute wife Yael reluctantly accept responsibility for an unwanted child, the girl’s charming innocence endears her to the couple. When Channah is a young teen, her stepfather unexpectedly appears and demands custody, taking her away to an arranged marriage. The young woman hopes for a kind husband, cherishing the dream of someday having her own child to love. Meanwhile, an old friend persuades Avram to investigate rumors of a miraculous healer. What the old shepherd discovers challenges everything he has ever believed. 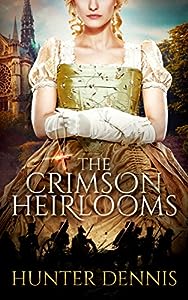 Effortlessly blending sedulous research of factual and intellectual history with deep character, the writing style of Hunter Dennis has been compared to Hugo, Dickens and Tolstoy by respected reviewers such as Kirkus and Seattle Book Review. The Crimson Heirlooms series is a unique treat for fans of literature, history, and philosophy.

The Crimson Heirlooms. One tangible - a priceless necklace called the Cross of Nantes. The other ephemeral - a secret hidden within the lyrics of a song. Each holds the power to change the course of history. But together, the price of ownership is death or salvation.

1832, Paris. Jake Loring is an American student living in the city during the turbulent march to revolution. Torn between the safety of going home to America and the passionate adventure of joining the Resistance, Jake foolhardily follows Paris into violent madness and soon finds himself being blackmailed by the Sphinx-like Monsieur Tyran to search for the Crimson Heirlooms... or die trying.


1776, France. The Heirlooms are born out of the drama unfolding in and around the dying manor of the Traversier Family and the Guerriers of Saint-Domingue. Furious betrayal, religious passion, illicit love and faltering honor between the men and women of both clans forge the Heirlooms and determine the fate of each family.


Past and present intersect as Jake outruns the dangerous forces trying to stop him while sifting through the rubble of this half-century-old drama in order to find the clues that will lead him to the current location of the Heirlooms and to freedom.


But at what cost to France? And his soul?

A Conspiracy of Breath 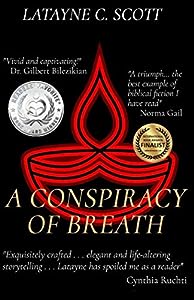 Silver Medal Winner, Readers' Favorite Book Award Winner. Finalist, International Book Awards. In a richly-textured, controversial and provocative literary work, award-winning author Latayne C. Scott examines: What would it have been like to be a woman, a Gentile, and someone onto whom the Holy Breath moved - to produce what became the mysterious Epistle to the Hebrews in the Bible? 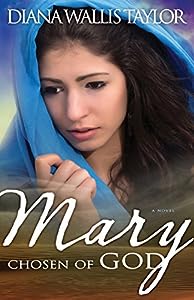 Mary is ordinary girl from Nazareth. She helps her mother with household chores, she daydreams about a handsome carpenter's son named Joseph, and at night she lies on the roof and contemplates at the stars. But one evening, a heavenly visitor comes with unexpected news—and her life is changed forever. Experience the life of the Messiah from the perspective of his mother, who must place her trust and obedience in Adonai, the Most High, as he fulfills centuries of anticipation in the middle of her daily life. Walk with Mary as she witnesses Yeshua grow, mature, minister, and even crucified—and then raised again, to the kindling of her new faith.
Contact Author -