The King and Mrs. Simpson 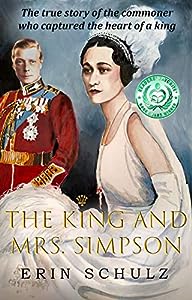 In December of 1936, King Edward VIII of Great Britain shocked the world by giving up his kingdom in order to marry a twice-divorced American commoner named Wallis Simpson. “The King and Mrs. Simpson” recounts, in a novella-sized work, the extraordinary love story between the popular king and the enigmatic woman that began at a party in England and culminated with the downfall of his reign nearly six years later.

“…the approach treats them like a story out of a romance novel, choosing the avenue of creative nonfiction and using it well.” -The Midwest Book Review

“All the elements of scandal, intrigue, and social criticism, and demands of any monarchy are found in this highly readable book." -The Clinton Daily News

“This is a must read for those who don't like to plow through the tomes of history, yet want to know the story.” -The Lakeland Times 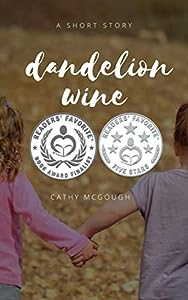 In 1967 everything was different.
We didn't have a lot of money, but it didn't stop my friend Sandra and I from creating our own adventures.
Old Lady Macguire tried to frighten us away, but we didn't let her because we knew summer would be over soon and we had to make the most of it.

The Little Girl Praying on the Hill 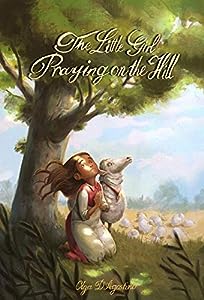 2014 Readers Favorite International Award Winner
"The Little Girl Praying on the Hill" is a bittersweet story based on the emotional childhood memories of a young girl determined to understand the purpose for her existence. Growing up in a poor village of the post-World War II era in a country where half the men drink themselves to death by the age of forty, the confused child questions God. The beauty of nature around her animates her and paints the perfect combination of colors, but life in her rundown village, sinking in mud after each rainfall, is a strong contrast. She exists between two worlds: her beautiful imagination and the harsh realities of life. The picture of majestic nature does not fit with the picture that God created for the people he loves. Why did he divide this world so unevenly? Why did he drop her in the wrong place? Her emotions rise to unreachable heights and sink to devastating lows. The gripping beauty of his creation mesmerizes her young mind, but only for a moment before her memories of specific events make her doubt God's intentions.

Charm: An Amazing Story of a Little Black Cat 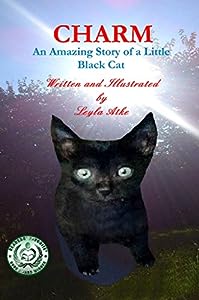 Charm is a tender and loving story of a small cat that is found, lost and found again under the most mysterious conditions. It will make you wonder about life, love and the existence of a higher power. It will break your heart in half and put it back together again. You will fall in love and be forever grateful that you met Charm, if only in a book.

Ask yourself: Do you believe in the existence of a higher power and the other world? Do you believe in miracles and reincarnation? Charm: An Amazing Story of a Little Black Cat is all in one story, which will make you think about these things and maybe you´ll find the answer!

This is a second edition of Charm. It doesn't contain the upsetting portions some reviewers are talking about in the first edition.