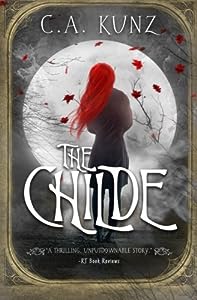 Carol and son Adam Kunz have newly entered the publishing market with their novel The Childe. The book features Catherine "Cat" Colvin, a tall fifteen year old who is transferring from a private academy to the local high school. Cat is a teen with firey red hair and a sky blue right eye and a corresponding amber left eye. Those are not the only unusual characteristics about the child. She has a group of friends including practical Julie, socially-shy Elle, outgoing Amanda and responsible Matt. Together, the teens explore the occult world. According to the authors' vivid descriptions of vampires and werewolves, they are all terrified but fascinated.

As the story progresses, it becomes apparent that Cat is being watched by a coven who appears mysterious but elusive. Cat has multiple unusual experiences of inner "seeing," and she also becomes able to read the thoughts of certain people. And yet, her true identity remains a mystery to her and to most of those around her. Gradually, Cat's hidden characteristics begin to emerge as she struggles to remain "normal" amidst blackouts and nightmares.

Most teens into the current vampire rage will like The Childe. It puts a different spin on an old tale, and it does it well. Although parts of the story are a bit predictable, (assuming one has previously read such themed stories), the authors do a good job of setting the stage for the series yet to come. All in all, The Childe was a good read, and the authors are to be congratulated for capturing a potential portion of the teenage vampire market! 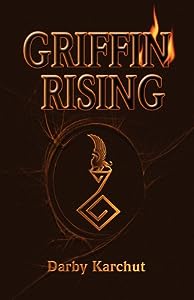 Griffin Rising is the delightful story of a Tiro Angel -- a guardian angel.

In this story we meet Griffin, an apprentice Terrae Angeli. His first mentor was Nicopolis, a cruel angel who believed in beating his charges. Griffi's spirit was broken. He had little self-confidence and cowered before his mentor. Griffin was reassigned to Basil, who was understanding, kind and patient. He worked hard to build Fin's self confidence. Soon the two developed a father and son relationship. Nicopolis hated both Griffin and Basil and waited for an opportunity to seek revenge.

The World of Ice and Stars Lodestone Book Two continues the story of Shann and her companions, who are on a mission to save the Kelanni people. A mysterious Prophet is building an ultimate weapon from Lodestone, a substance with powerful properties, in order to destroy the Kelanni. Shann and the others of her party seek an instrument, hidden in the distant past on the other side of their world, During a perilous sea journey through the Great Barrier of Storms, Shann and the six-legged Chandara, Boxx, are swept overboard and washed up on a distant shore; one filled with strange new sights and experiences.

The land is occupied by Kelanni but their language is stilted and they have a strange accent.

Eventually, Shann befriends Rael, the young apprentice of a scientist named Hannath. Rael explains that the planet is divided into two halves by the Great Barrier of Storms; this side is known as Kelanni-Skell; the side that Shann and her companions are from is called Kelanni-Drann. The two halves of their planet were once united under a great civilisation, but following an unknown disaster known as the Goratha, the "dark time", they have been cut off from each other and their respective societies and languages have diverged. She discovers that the Chandara, who have not been seen on this side of the world for many years, were the first intelligent race on the planet. She also learns that the Kelanni fought a war with the hu-mans some years ago and that the hu-mans lost and were banished to the distant island of Helice in the Erigone Sea. Although they agreed never to leave the island, they have since travelled to Kelanni-Drann, co-opting the mythos of that society and forcing the people there to mine Lodestone in order to build the doomsday device. The Prophet is in fact a hu-man.

The reader travels with Shann as she and Boxx search for their comrades: Lyall, Alondo, Patris and Keris and for the instrument needed to neutralize the hu-man weapon and save their people. This is just the beginning of a great adventure.

I highly recommend reading these books in order. While this book can stand alone the true pleasure of this story comes from knowing the complete tale. The author Mark Whiteway is the master of description. The scenes unfold before the reader. Middle school age children will enjoy this tale and ask for more and so will adults.