Do Not Open Until Halloween 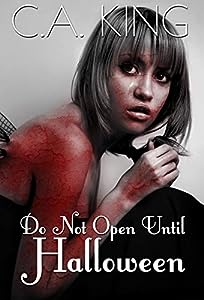 When eighteen year old Caitlin agreed to babysit her eccentric Aunt's two cats and house, she had no idea that Justin was finally going to ask her for a date the same weekend. Torn between family and crush, she chose to take her best friends' suggestion to heart, arranging a small Friday night gathering. Little did she know a fairy was about to crash the party with trouble hot on her wings

Caitlin will have to dig deep to find even a smidgen of belief in magic or there won't be any hope of saving her new friend from being hunted.

In this young adult fantasy, award-winning author, C.A. King, explores the answer to one of the questions readers have always wanted to ask...

Where do fairies come from?

The Secrets of Hawthorne House 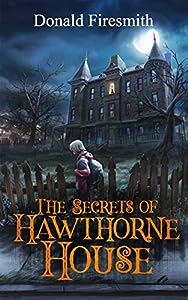 Fifteen-year-old Matt Mitchell was having the worst summer imaginable. His misery started when his mother died in a senseless car accident. Matt’s grieving father, unable to remain in the family’s seaside cottage, moved Matt and his twin sister as far as possible from the ocean they loved.

But their relocation to the small town of Hawthorne, Indiana only made Matt’s life more difficult. Three bullies at his new high school dedicated themselves to making him miserable. To top it off, Matt heard that the recluse living in the dilapidated Victorian mansion next door was none other than Old Lady Hawthorne, the town’s infamous witch and murderer of wayward husbands.

Then, Old Lady Hawthorne’s niece and her three children moved in next door, and something extraordinary happened. Matt met Gerallt, the strange boy destined to become his best friend. And when Matt learned the Hawthornes’ family secret, it changed his life forever.

The Secrets of Hawthorne House is the story of an unlikely friendship, the clash of two radically different cultures, hidden magic, and a search for the lost Hawthorne treasure.

The Mark of Fallen Flame

Weapon of Fire and Ash Book 1 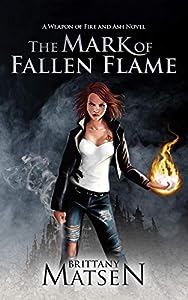 The balance between good and evil comes down to one girl.

But is the darkness really so bad?

A seventeen-year-old girl just trying to find a place in an unsteady world. With her mother moving them around her entire life, no one has been permanent.

When senior year begins, Emma is determined to sink some roots into Seattle and finally start living life. Especially when she discovers she has the power to kill terrifying monsters with a single touch. Suddenly, an entire supernatural world explodes around her.

The new boy in school that is mysteriously in every one of her classes is too beautiful to be human. Her best friend is acting strange, and her mother’s lies may finally be too many to contain. The protectors of the human race—the Giborim—are more than a little eager to use Emma’s power in the war that’s coming. But her allegiance may be forced in order to save everyone she loves.

Shediem. General of Sheol. Servant and confidant to Asmodeus, Prince of Wrath.

Spying the wild, auburn beauty with eyes like emeralds for the first time, Levaroth doesn't know what comes over himself. He has to get closer. She smells of sunshine and purity. You may not think that’s something you can smell, but you can. It’s rarely untainted, but with her…She can’t help but care about everyone she meets, and he needs to know why. So he watches her, learns about her. But something is changing in him. Shediem do not feel emotions, they taste them. They devour them. Yet his kills are less satisfying and all he can think about is her face. Her disgust. But she can’t be pure if she’s to be his. And he will have her.

Chronicle Two - Sadie in the Adventures of Jason Lex 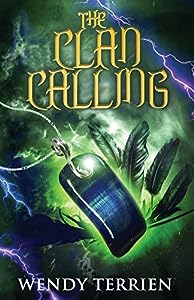 Sadie Callahan's life is as normal as it can be after helping her friend, Jason Lex, save the world, and learning cryptids like Skyfish and Bigfoot are real. Things go bad when Sadie comes home after school and finds a strange man with his hands on her grandmother's neck. Trained in Tae Kwon Do, Sadie strikes and forces the man from their house. Soon after the clash, people around her start behaving oddly. Is she somehow triggering their weird behavior?

Alone and unnerved after her grandmother falls ill, Sadie searches for ways to heal her but uncovers deceit and is forced to question everything she thought she knew. After being attacked, she's shocked to learn a heartbreaking family secret. Still reeling from the news, Sadie is shattered by tragedy but threatened by a new enemy and forced to make an ominous decision: run and save herself or risk her life and fight to save the lives of those she loves.

A Girl Energy-Bending between Worlds (The Girl, the Pendant & the Portal Book 1) 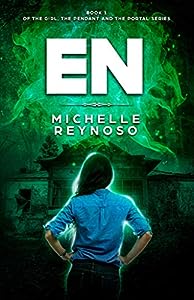 The Magicians meets Avatar: The Last Airbender in this fast-paced, fantastical story of a teen girl who discovers a power to save two worlds.

"5 star rating - Loved this YA book! Starts out good and then gets great. The heroine is awesome! Definitely recommend this book!" -Breane R., bookseller

Finalist in the International Book Awards and the New York Book Festival.

Faith McDaniels is smart, but defiant. A loner in a new high school, she rebels against a cruel world that took her mother. When Faith unexpectedly discovers the secret symbiotic world of Enlitra, it looks like the universe still has a surprise or two. But her newfound abilities to bend & shape energy (EN) gain the interest of an unnamed, energy-siphoning fiend, who wants to harvest Faith’s power to destroy both Earth and Enlitra.

Faith rallies her old friends for help, but now she must decide how to keep them safe without plunging both worlds into destruction. Or becoming the dark entity herself. 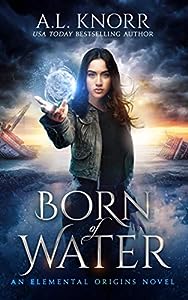 Born of Water is a 2018 Readers Favorite Gold Medal Winner. Don't miss it!

A mysterious shipwreck could unlock ancient powers… or send her to a watery grave.

Targa MacAuley feels more at home on dry land than in the watery realm of her mermaid ancestors. After 17 years on solid ground, she fears she’ll never grow into the creature her mother hoped she’d become. To keep her mom’s homesickness and true identity under wraps, Targa signs on for a mysterious salvage dive in the Baltic Sea.

Her plan to blend in with the rest of the crew is spoiled when she catches the eye of a handsome local. A freak accident and a strange connection to the ancient shipwreck below attract even more unwanted attention. With both her mom’s secret—and her life—in danger, Targa must finally find the courage to unleash the currents surging deep within.

Born of Water is the first book in The Elemental Origins, a series of captivating YA urban fantasy novels. If you like new twists on mermaid lore, simmering romance, and close-knit mother-daughter bonds, then you’ll love A.L. Knorr’s nautical adventure. Embark on a deeper dive into the story's lore with The Wreck of Sybellen, a companion novel included with the book.

Buy Born of Water to submerge yourself in an enchanting coming-of-age tale today.

Tens of thousands of copies sold, over a MILLION pages read. Readers love the mermaids of the Elemental Origins Series!

Of Fates and Furies Book 1 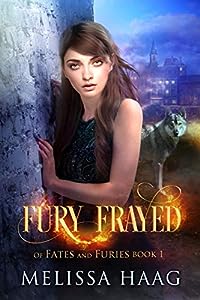 Megan’s temper lands her in Girderon Academy, an exclusive school founded in a town of misfit supernatural creatures. It’s the one place she should be able to fit in, but she can’t. Instead, she itches to punch the smug sheriff in his face, pull the hair from a pack of territorial blondes, and kiss the smile off the shy boy’s face. Unfortunately, she can’t do any of that, either, because humans are dying and all clues point to her.

With Megan’s temper flaring, time to find the real killer and clear her name is running out. As much as she wants to return to her own life, she needs to embrace who and what she is. It’s the only way to find and punish the creature responsible.

Chronicle One in the Adventures of Jason Lex 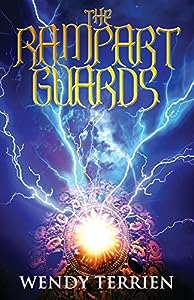 After his mom disappears, Jason Lex and his family move to a small town where he has no friends, no fun, no life. Things get worse when he’s chased by weird flying creatures that only he can see--Jason thinks he’s losing it.

But when Jason discovers new information about his family, he’s stunned to learn that creatures like Skyfish, Kappa, and the Mongolian Death Worm aren’t just stories on the Internet--they’re real and they live unseen alongside the human race. Many of these creatures naturally emit energy capable of incinerating humans. An invisible shield keeps these creatures hidden and protects the human race from their threatening force, but someone, or some thing, is trying to destroy it.

Unsure who he can trust, Jason is drawn into the fight to save the people closest to him, and he finds help in surprising places. Confronted with loss, uncertainty, and a devastating betrayal, Jason must make a gut-wrenching decision:

Who lives, and who dies. 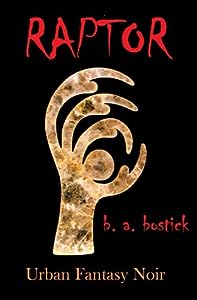 Demons only tell the truth when it will cause more trouble than lying. Frank Bishop was a vice cop for six years. Now he’s a private investigator who has been hired to find a missing child. Bishop thought he’d seen everything the underbelly of the city had to offer until a demon slayer named Ariel saves him from being killed by one of her targets. Bishop’s world is turned upside down when Ariel proves to him that demons and other supernatural creatures are real. With the aid of a young hacker, Ariel and Bishop form an uneasy alliance to find out who abducted six-year-old Suzee Elizabeth Morgan. Their search takes Bishop into a subculture of supernatural beings, good and evil biotech geniuses and demons who have insinuated themselves into positions of power and wealth by appearing to be human.

The League of Governors

Chronicle Two - Jason in the Adventures of Jason Lex 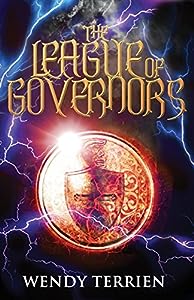 Jason Lex just saved the world. Now he's immersed in training as a new Rampart Guard to protect the shield that enables humans and cryptids like Skyfish, Bigfoot, and the Black Shuck to live side by side and danger-free. A summons from the League of Governors, the clandestine organization that presides over the human-cryptid treaty, takes a suspicious turn when Jason's dad and sister disappear on their way to League headquarters. Jason must find them before things go bad, so he follows their trail to London where he discovers the League of Governors may not be the benevolent organization everyone believes.

Injured and alone, Jason doesn't know whom to trust. After a shocking loss sends him reeling, news about his family forces Jason to make a terrible choice. When he learns of a secret plan to enslave the world, Jason must risk his life to defeat a powerful enemy and reunite what's left of his family. But can he stop a dominating adversary and again save the world before it's too late?