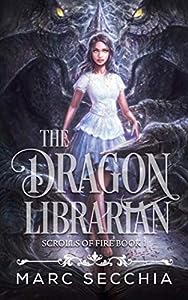 Blind. Outcast. Accursed. From the meanest of beginnings, greatness will rise.

Abandoned at birth by her parents, Auli-Ambar is seen as a child blighted by a callous talon-stroke of fate. A worthless burden. She is blind, severely disfigured, and fit only for the most menial tasks. Then, a simple act of kindness changes her life. Flown to the Halls of the Dragons, the painfully shy girl becomes a cleaner of Dragon roosts, and a helpless wanderer of the Dragon Library.

Here, Auli is able to walk amidst the lore she is drawn to so profoundly. Touch it. Imagine worlds within scrolls. She thrills to the hallowed scents of knowledge, but aches for what blindness has forever denied her. In the cruellest of ironies, Auli discovers she possesses a magic that makes people and Dragons forget her very existence. This is disremembrance, the accursed power of loneliness. She can only despair.

One will not forget. Deep amidst the forbidden racks of draconic scroll lore, where Auli-Ambar has unwittingly breached the protective wards, the young Dragon scholar, Arkurion the Mercury Blue, will discover her true gift and ignite its flame. Now, in the environs of a magical library overseen by the mighty Dragon Librarian Sazutharr, the extraordinary courage and integrity of a blind girl will finally be given the chance to blossom.

Little did they suspect that the fate of all Dragonkind would rest in her hands.

Where Dragonwoofs Sleep and the Fading Creeps 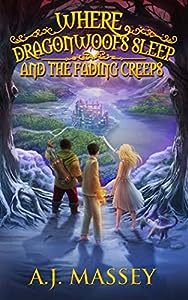 Named to Kirkus Reviews' Best Books of 2018 & recipient of the Kirkus Star. "A fantasy with tremendous heart and a magisterial execution." A normal eighth-grader by day, thirteen-year-old Ben awakens one night in a fantastical dream world where snow burns, the sun disappears and reappears without warning, and magic is addictive. But the mysterious realm of Meridia is disappearing, eaten by a phenomena called the Fading. Joined by Avery, Marcus, and three dog-like dragonwoofs, Ben journeys across monster-infested oceans and sun-scorched mountains to retrieve the sphinx’s head, the key to saving the world and every astonishing creature that inhabits it. But not everyone wants them to succeed. Soon, they find themselves pursued by the Sovereign and his generals, whose armies will stop at nothing to perpetuate the Fading and its consumption of the land. 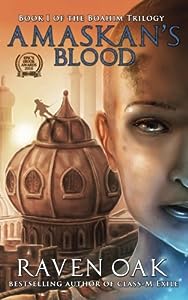 Her name was Adelei. She was a master in her field, one of the feared Order of Amaska. Those who were a danger to the Little Dozen Kingdoms wound up dead by her hand. The Order sends her deep into the Kingdom of Alexander, away from her home in Sadai, and into the hands of the Order’s enemy. The job is nothing short of a suicide mission, one serving no king, no god, and certainly not Justice. With no holy order to protect her, she tumbles dagger-first into the Boahim Senate’s political schemes and finds that magic is very much alive and well in the Little Dozen Kingdoms. While fighting to unravel the betrayal surrounding the royal family of Alexander, she finds her entire past is a lie, right down to those she called family. They say the truth depends on which side of the sword one stands, but they never said what to do when all the swords are pointing at you. Amidst her enemies, in a land from the darkest reaches of her past, she must decide if she is to be more than another brainwashed puppet. No matter her choice, she must fight to do what is just and right to save the people of the Little Dozen. 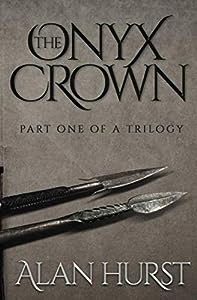 From the searing heat of the desert to the vastness of the savannah,The Onyx Crown tells the story of Jorann, Gesi, and Sania, threechildren who grow up in a pre-medieval era of wars and successions,not fifteen years after the greatest king in the history of thecontinent has been deposed and assassinated.When the legendary warrior of Numerian history, K’Nan of Loffri ishired to guide a hunting expedition he is astonished to discover thatone of the hunter’s slaves, Jorann, a boy of thirteen, bears thelegendary mark of the Onyx Crown, a mark he’s been searching for sincethe death of his sworn king many years before.Many miles to the east, Gesi is despairing of his life in East Rhydoras a commoner companion to Zoe and Zadeemo, the twin siblings of thetribal prince. Good enough to run their errands, but not learn theways of nobility, he astonishes them when one day he shows the uncannyability to match the famous knight, Jorell Boro, in single combat.Deep within the savannah, Sania is working as an errand runner in thepleasure house where she has been raised since young. As usual, sheis wreaking havoc on the customers with her practical jokes andtantrums—except this time her antics will lead her on an adventure shemay not be prepared for.Join this trio on their epic journey as they discover their destinyand the true meaning of the Onyx Crown. 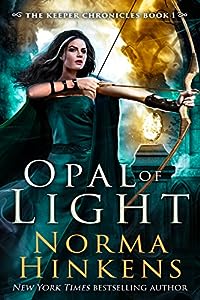 Mistaken for a spy. Hunted by an assassin. Arrested as a traitor.

And things are about to get much worse for Orlla, Keeper of the ancient dragon runes. She guards a powerful secret buried on the shores of Efyllsseum—a prehistoric artifact that shields the island kingdom’s inhabitants from death and destruction and hides the chosen land from the rest of the world.

Now, corrupt monarchs plot war to steal the valuable relic, shattering the uneasy peace throughout the realm. Torn between loyalty to her family and duty to the crown, Orlla calls upon the dragons of light.

But the light always casts shadows, and the dragons bring with them an unimaginable terror that no one saw coming—and no one can stop. 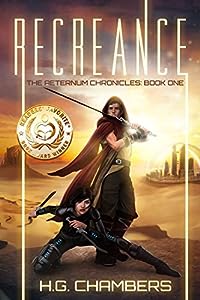 When darkness rises, the young are called to stand against it.

Oren had always simply accepted the Ministry's authoritarian rule, until the day his mother and father were executed. With death on his heels he is thrust into the unforgiving wastelands, where his only hope for survival lies with an enigmatic old blademaster who might well be insane.

When Clem's home life falls apart, she finds herself stealing to survive...and getting rather good at it. She agrees to a high stakes Ministry heist and discovers a secret so dangerous, people are willing to die for it. On the run for her life, she escapes into the wastelands beyond the city walls.

When Oren and Clem again cross paths it is as near strangers, but with eyeless assassins close behind, there is little time to reconcile. In a desperate flight across the desert and beyond, two young outcasts must deliver their secret to the resistance, or risk the death of everyone they left behind.

Enter a world of epic swordfights, secret powers, waygates to other worlds, and monsters of unspeakable darkness by award winning author H.G. Chambers.

Scroll up and buy Recreance to get swept up in the epic adventure today!

Orville Mouse and the Puzzle of the Last Metaphonium 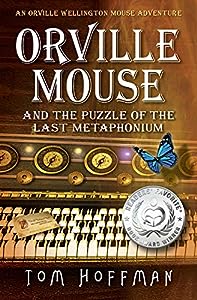 2018 Best Book Awards Finalist in Young Adult Fiction
Winner of 2018 Readers' Favorite International Book Awards Silver Medal in Young Adult Epic Fantasy
When Orville Mouse wakes up from a terrifying nightmare to find a mysterious red book in his bed, he and his best friend Sophia set out to decipher the cryptic manuscript, convinced the book is connected to the disappearance of Orville’s neighbor, Aislin Mouse. Their quest takes them to the lost city of Cathne where an astonishing turn of events catapults the adventurers into a desperate interdimensional race to save Aislin.

Accompanied by their old friend Proto the Rabbiton, Orville and Sophia enter the bewildering and terrifying world of Elysian in search of Aislin Mouse. With help from a beautiful ghost mouse, Orville’s cantankerous neighbor Ebenezer, Puella the Wise One, crusty old Captain Tobias, an austere monk named Brother Solus, dreamy Madam Beasley, and Charon the Ferrymouse, the stalwart adventurers must uncover the secret of the last Metaphonium and confront the horrific burning charcoal stick creature known only as the Shadow King. 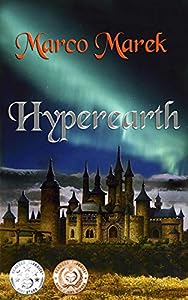 A castle within the city of Lubena holds a secret: a portal to the alternate world of Hyperearth. Mary and Martina encounter beings that range from the curious to the dangerous. They must save their newfound friends and defeat the evil Sathon. Will they solve the quest and make it out in time? Or will they remain in Hyperearth forever?

Theo and the Forbidden Language 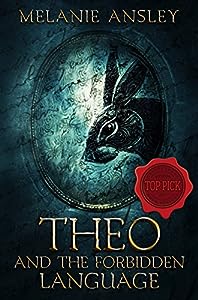 In the land of Mankahar, where reading and writing are punishable by death, a battle is raging. The human empire is robbing animals of speech using a poison called “pacification,” and is marching to the furthest corners of the land to enslave animals large and small for use on their farms. The only thing standing against them is the Order, a society of free animals determined to defend their way of life.

On the western fringes of Mankahar, the rabbit Theo hides a secret: he knows the forbidden language, the symbols used to “catch words”. When his village exiles him, he joins Brune, an axe wielding bear and loyal member of the Order, in the epic fight against the empire.

But the Order’s cause proves dangerous. Whom can Theo trust, when the empire punishes those who read or write with death? Worse, his fellow animals view the written word as sacrilegious. As the war for Mankahar’s fate looms, Theo must risk everything to learn the full power of the forbidden language, or be silenced forever. 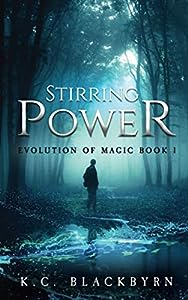 Is this unknown power something to be feared?

When Jacob Wildleaf discovers a new and dangerous creature, he wonders if it's connected to the illness sweeping his peaceful, mountain village. In his quest for help, he realizes they are not alone in their search and he may not have enough time…

Magic - The scourge of the Blackwood Kingdom. Can't touch, no cure, and a violent, painful death. The kingdom is terrified of this invisible illness, and even more terrified of the creatures that come of it. However, there is one man that could shed light on it all. If he can be found.

The princess, the last heir to the throne, is missing. The King Regent is determined to return her to his side...so he can rule the kingdom and finish his purge of those afflicted by magic. The only problem? He's secretly afflicted by magic as well.

What happens when a princess, a hunter, a magical creature, and a warrior team together to save their kingdom? Can they find the cure? Or will the kingdom be left in the ruins of a sweeping extermination?

"This is a coming of age book full of fantasy."

"The action was amazing, the characters were awesome and the plot was well written."

"For me, this was 'one of those stories' I couldn't stop thinking about and yearned to get back to between reading breaks."
Contact Author -