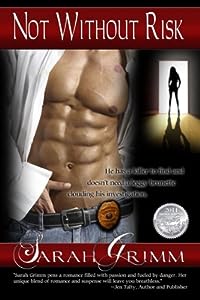 Not Without Risk by Sarah Grimm is an entertaining read. Sergeant Justin Harrison had spent the last six months recuperating from a gunshot wound that collapsed his lung. Justin loved his job; it was his life. He and his partner were called to their first case since Justin's return to work at the San Diego Homicide Unit; the victim had been murdered in a hotel. Paige Conroy was the only link to the murderer. She had received a call from the victim, insisting he had to meet with her. He claimed to have some information that she needed to know about. When she arrived at the appointed time, he was dead. Suddenly Paige was the killer's next target. Justin wanted to help her but found he was falling in love with her. Paige wanted nothing to do with him or any other cop. Her fiance, who was also a cop, had been murdered in front of her.

Not Without Risk is a book you won't want to miss. The plot is interesting and held my attention from the first to the last page. The interaction of the characters is fantastic. They all worked well together. Grimm is a master of characterization. As the plot moved along, the suspense built. I eagerly turned the pages to see what would happen next. The name of this book Not Without Risk is perfection. It fits in well with the plot. This was an easy and fast read, yet it was intriguing. The cover is simply done and fits well with the plot. If you want to know how this romance/suspense ends, pick up a copy of the book. This is a mystery you won't want to miss. 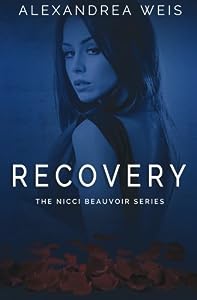 David Alexander is dead and Nicci has to learn to live without her love. To do this she decides to write a book about their relationship. While in New York for a book signing, Nicci is contacted by Simon La Roy. He was David's boss for many years when David worked as a spy. He tells Nicci that he wants to find out who killed David because the police are not getting the job done. He thinks that it was someone close to Nicci. She agrees to let Dallas August come home with her and act like her new boyfriend, so he can sniff around her friends and try to solve the case. They don't fool everyone, and they finally have to tell Nicci's father and uncle what they are up to. Both of them say they will help in any way they can, but they want Nicci kept safe.

This is one of the best books I have read in awhile. It had everything from suspense to a little romance and quirky minor characters that you came to love. Nicci, though struggling with the death of David, opens herself to a new love. She's strong in her resolve to find his killer, though, and willing to do anything to help. Dallas is not looking for romance and just wants to find his friend's killer; but he was half in love with Nicci before they even met. Aunt Hattie and cousin Colleen provide the levity that the book needed; they are very enjoyable characters. I love the cover of the book...very New Orleans...and highly recommend this book for anyone who loves a good mystery. 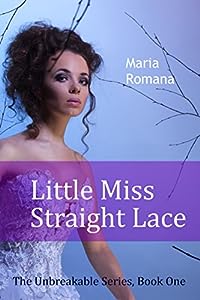 Josie Natale was a brilliant bio-statistician. Her report proved that a drug had high adverse reactions. She refused to change her report when threatened. Josie was good at her job but she was just as lax concerning her life. She was always running late. She rarely cooked, cleaned, or did laundry. When they began receiving strange emails from The Warriors Of God, they called in a computer security team to track them. Josie turned to Nic,a handsome security expert from South America. Josie did not know what to do or who to trust. Someone entered her home and her best friend was attacked at the women's clinic where she worked. Who was responsible: her former boss, ex boyfriend Henry, or could it be Nic?

There is one thing for sure, the reader is in for a rollicking ride. It is full of suspense and mystery along with romance and humor .This book will keep you guessing to the very last page. The prologue was a bit perplexing at first. I was half way through the book before I could make the connection. A very enjoyable read. 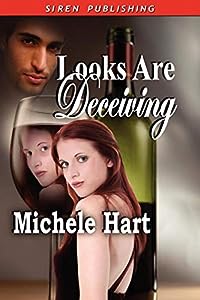 Elissa Baker’s hair was a mess and her clothes were streaked with dirt from working in the garden. She had made a quick trip to the store, not taking time to clean up. Her car insurance was due and she needed to buy gas. Three strangers walked up to her and offered her money to go on a blind date.

Elissa showed up for the date dressed to perfection. Gregg Moretti was awe struck. The four men were always playing pranks on each other. Gregg and Elissa agreed to play a little trick of their own. They would go out together for a month to win a $1000.00 bet. He pretended to be in love with her and she agreed to act like a dumpy plain Jane. Only, soon, Gregg could not deny his feelings for her. Can he convince Elissa that he truly loves her? Throw in the mob and murder for an exciting mixture of romance, suspense and humor.

I eagerly turned the pages to see what would happen next between the two great lead characters. The sensual tension between Gregg an Elissa is delicious. Excellent read! 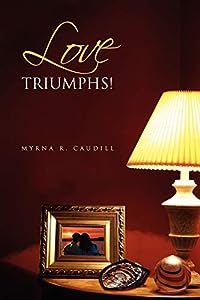 Gloria Mayweather, out of money and a job, had a baby to take care of and one option left. She returned home to the baby’s father, only Jake does not know he has a son. He is a detective on the police force and in the midst of an investigation. The police are trying to find the killer before he can attack again. Jake was still in love with Gloria but wasn’t ready to forget about the past. Gloria was still in love with Jake but determined to stay independent. Can there be a future for Gloria, Jake and their son?

This was a very entertaining read. The plot is filled with suspense and a touch of humor. The chapters are short. The characters make this book, they are likable and easy to relate to. Myrna knows how to capture and hold the attention of the reader. Fans of romance/suspense will not want to miss this book.