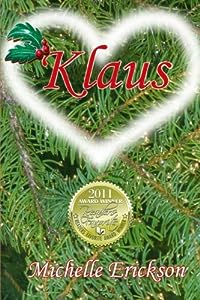 Have you ever wondered how Santa Klaus met Mrs. Klaus? Michelle Erickson brings readers a delightful story of a princess and a human carpenter.

Eralee's father is a River King and her mother is a Queen. They live in the forest of Everaude, a world filled with immortals: dryads, nymphs, unicorns, pixies, elves, centaurs, and the Rashim (deer). Her parents planned a marriage for her to a river prince. He was busy sowing his wild oats, and she had no desire to marry him. When she saw a human freezing to death in the woods, she wanted to save him, although it was forbidden by her people.

The reader watches as Klaus and Eralee fall in love. Throughout this enchanted story the reader learns the answers to many Santa questions. The reader also meets several incredible secondary characters such as Dasher, Dancer and Vixen. Erickson explains why reindeer can fly and why their antlers glow. A lonely witch wants Klaus for her own selfish reasons. Eralee refused to give up the man she loves, no matter the cost.

Erickson combines romance, adventure, suspense and humor to create one of the best Christmas tales I’ve ever read. Eralee's antics were very funny and her innocence was extremely heartwarming. Of course Eralee was my favorite character, but Klaus and the other characters each had their own distinctive personality. This book will become a family favorite. I can see this tale making it to TV as a Christmas special. I highly recommend Klaus for the whole family.

Misfits of the Lore Series 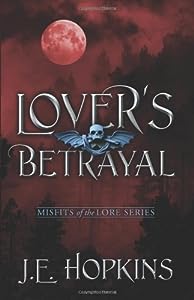 Olivia's life felt like a never-ending cycle of pain. She had always wondered what might have been if she had been allowed to marry her first and only true love, Lucian. She was the daughter of a servant, and he was born into what would have been considered vampire aristocracy; his destiny had already been planned by his parents, and it didn't include Olivia. So instead, she wed Daughthton Gaspard, and had two sons, Kaden and Julian. Her marriage was less than ideal, and the cruelty and mistreatment was hard to bear. Fortunately for Olivia, her husband died five years ago; but the relationship with her children was tenuous at best, and she felt as if the only person who cared about her was Corrine Perot, who was like a sister to her. Olivia feels as if life isn't worth living anymore and decides to end it...not such an easy feat for a vampire, but she is taking a drug that will slowly poison her. She decides that before she dies she wants to make one last attempt at reconciliation with her sons, and when she gets a call from her son, Julian, saying that Kaden is out of control, she sees it as an opportunity to try and mend fences. When she learns that Kaden is accused of killing seven women, the vampire council, which is run by Lucian, wants to punish him with death. Will Olivia be able to prove to Lucian that her son is innocent before it's too late?

The author does an amazing job of pulling you into this story. The writing flows smoothly and is easy to follow. I easily felt empathy for Olivia. The mistreatment she dealt with at the hands of her husband haunted her, making her feel as if her life wasn't worth living. The only friend she felt she had was Corrine, whose zest for life really was quite opposite from Olivia. Corrine brings a bit of humor to the story. I enjoyed how the relationship between Olivia and Lucian mends. While there is romance, the author also gives us a mystery that kept me guessing right up until the end.

I would caution that there are a few adult situations in this story, but overall, I think anyone who enjoys vampire fiction with a twist should certainly pick up this book. I think the author has certainly hit a home run with the first book in her new series titled Misfits of the Lore, and I will certainly be watching for the next book in the series. 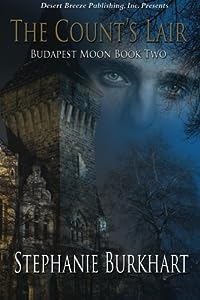 Stephanie Burkhart offers readers a suspense filled romance in The Count's Lair: Budapest Moon Book 2. The setting is Vienna Austria 1901. Lady Amelia Andrassys music touched the heart of her audience yet she felt empty inside. She was a widow with a broken heart; she discovered her husband's affair the day before the accident that took his life. I had been two months since she had seen Count Anton Varga. She was both happy to see him and infuriated. He explained that he wanted to give her time to mourn and he had some things he needed to consider. There was a strong spark between them. But could Amelia love a werewolf? Could he protect her of the danger that lay ahead?

The Count's Lair is filled with suspense, mystery, passion, and the paranormal. This story is set in the beautiful city of Budapest; the author brings her knowledge of the area to her plot. She describes the history and culture of Budapest. She is a strong but has a wounded heart. Anton was a delightful character: I could picture him as handsome, strong integrity but with a secret. Anton fears his secret will cause Amelia to run. Georg and Esme were gypsies that Anton allows to live with him. Esme was also a witch. Marcus was the ultimate bad werewolf. The description of the battle left me breathless. I was cheering for Anton. However, for me the best scene was the last one when Anton gives Amelia her choice. He held her with an open hand. 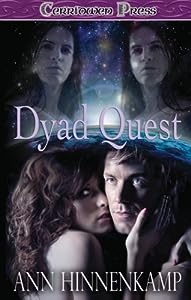 This is the second book in this series. It continues where Dyad Dreams left off except in this installment Jude and Aiden are the lead characters. The Dyads were part of a race of Diarchy. They mixed with the human race to assist in pollution control, reduce the arms race, medical advancements and reduce global hunger. David and Aiden were following Jude when she was shot. They were investigating the Global Food Project. Aiden was instantly attracted to the researcher. Aiden begged David to save her life. Someone was trying to kill Jude.

After saving her life and healing Jude the Dyad seek Jude’s assistance in investigating the Global Food Project. Aiden, David and Damien explained that they suspect something was right on the Global Food Project. Jude had worked on the project since conception. The men believed that Jude was shot because of her work. They needed her to work with them to discover the truth. Aiden would be her roommate and her protector. He had to promise not to take her but to let her come to him. It was more difficult than he suspected. Aiden has fallen in love with Jude and now she was in danger.

Dyad Quest has a plot filled with suspense, mystery, romance and more than a bit of paranormal. The plot flows smoothly and is well developed. The characters are interesting. This is an edge of your seat read. The suspense builds quickly.