The Other Side Is Talking 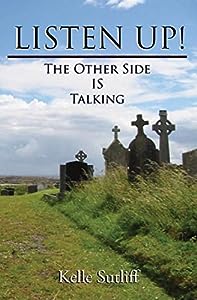 Kelle Sutliff is a gifted Psychic Medium who has worked in her industry for over fifteen years. She uses her expertise to show people that the psychic world is very real and offers inspiration and comfort to those dealing with grief. She also works as a Psychic Investigator consulting on current missing person cases and cold cases nationally and internationally. In her career she has worked with Boston University's Cold Case Collaborative Group, with the national group, Find Me 2 and privately with Police Detectives and individual families providing accurate information to find the missing. Her message is very clear; we all need to pay attention to the signs and symbols that passed loved ones give us every day who want to comfort us in our time of grief. Kelle explains to us how this communication works and how to listen. Listen UP! The Other Side Is Talking has won TWO International Book Awards  "Readers Favorite" and "Mom's Choice" 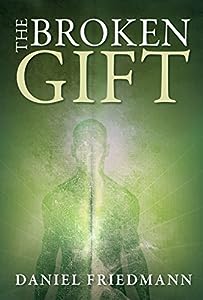 Was Adam the first man? Was man created by divine act in less than one day almost 6,000 years ago, as the Bible suggests?

Or did man appear 200,000 years ago as the culmination of numerous human-like species that existed during a span of millions of years, as the scientific record shows?

Both cannot be right. Or can they?

Imagine there exist manuscripts, written centuries ago, that could help us objectively decipher Genesis and thereby extract the timeline and key events recounting the appearance and early history of our species, Homo sapiens, precisely as identified by the latest scientific evidence derived from the fossil record and genetic studies.

The Broken Gift carefully examines the relationship between scientific theory and Biblical teachings. The book approaches the human origins debate from a fresh perspective informed by both scientific and scriptural research. The author demonstrates alignment between key events and their dates relating to the appearance and early history of our species as described in Genesis chapters 1 through 11 (Adam, Adam’s descendants, the Flood, and the fall of Babel) with those derived from scientific observation.
In this book Friedmann:
● places the Genesis creation account of man side by side with the hundreds of thousands of years’ timeline for the development homo sapiens as expounded by scientific observation
● shows that texts predating modern science described modern human behaviors, unique to our species, that have recently been ascertained by science.
● shows that the appearance humans depicted by the fossil record matches Genesis Chapter 1 timeline and description and sheds new light on the creation vs. evolution debate.
● explains the similarities between humans, animals and apes; but clearly shows the differences as detailed in the Bible and discovered scientifically
● explains the human soul and how it manifests in uniquely human behaviors
● explains the convergence between the Genesis flood and scientific evidence
● explains the convergence between the bible and the development of language

Could the Biblical and scientific account of the origins of humans both be true? You’ll have to be the judge. Read The Broken Gift and join the conversation.