Don't Let the Secret Out 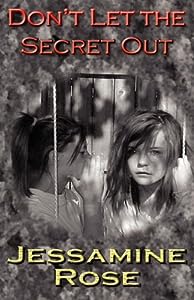 Jessamine Rose offers readers a glimpse into her life. She was born in 1937, in a small town in eastern Kentucky. For many her upbringing will seem foreign but for some it will sound all too familiar. The family's cabin was cold, the cracks in the floor made it impossible to heat. The bathroom was an outhouse. Her father often beat her mother. Her father shot her mother to scare her. At one point the family lived under a cliff. In the hills of eastern Kentucky "you could shoot a dog and spend a year in jail, shoot a man and nothing." She faced sexual abuse, beatings, neglect and yet rose above it all. She was a mere 6 years old the first time she was raped. Her mother gave away her young brother and sister. Jassamine made her escape in the back of an ice truck, she was less than 14. She ended up living in a park in Ohio.

The court placed her in a foster home where she started a new life. After her foster parents moved, Jessamine attended Catholic school. She loved the ladies in long black dresses with their heads covered. The nuns were kind to her and she spent many hours talking to them.

After high school she married Boyd. She suffered several miscarriages. She and Boyd decided it was time for her to return to Kentucky and find her family. First she found her father; he furnished phone numbers so that she could track down her mother and siblings. Eventually the family was reunited. Today Jessamine lives in Nicholasville, Kentucky.

Jessamine faced many hardships in her life. Yet her memoir is upbeat. Despite her childhood she came out on top. I wish I had read this book a few weeks ago when I was in Nicholasville, I just might have given Jessamine a call to tell her what a remarkable woman I think she is.

This book needs a wee bit of editing, mostly on the spacing. The title and the cover work well together. This tiny book is a quick read but will stay with the reader long after the last page. There are many family photos that bring the story to life. I wish Miss Jessamine the best and thank you for sharing your story.