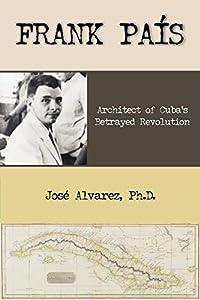 Even though Fidel Castro founded the "26 of July" movement, this book shows that the organizing throughout Cuba fell on the shoulders of an underground leader named Frank Pais, who was also responsible for the survival of the incipient guerrilla force led by Castro in the Sierra Maestra. Pais became not only the National Chief of Action-as portrayed in the official publications-but the top leader of the M-26-7's National Directorate. The antagonism between Castro and Pais may have been the reason for his mysterious death when he was only 22 years of age. This is the true story of his life and legacy. At this crucial time, when historians are trying to arrive at the revolution's final balance, a book like this is essential to read before reaching an impartial verdict.

What Ever Happened to Mommie Dearest?

Joan Crawford's Descent into Horror and Beyond 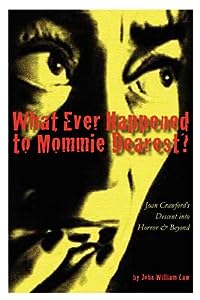 With the 50th anniversary of What Ever Happened to Baby Jane? comes a new look behind the legendary film and Joan Crawford's foray into the horror genre that would make up the bulk of her later work. After the death of her husband Joan Crawford found herself in debt and needing to work. The success of Baby Jane would launch a series of films like Strait-Jacket, I Saw What You Did, Berserk and Trog. Now, take a look back at the final act of Joan Crawford's magnificent career and at the films and TV work most biographers skim over. Filled with photos and rare details from behind the screen, What Ever Happened to Mommie Dearest? offers a look at Joan Crawford's evolution from movie star to horror queen and literary monster and back to Hollywood icon.

Rasputin and the Jews

A Reversal of History 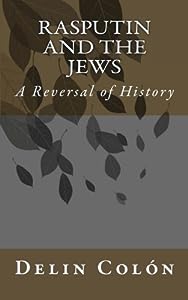 This book is an account of Rasputin as a healer, equal rights activist and man of God, and why he was so vilified by the aristocracy that their libelous and slanderous rumors became accepted as history. For nearly a century, Grigory Rasputin, spiritual advisor to Russia's last Tsar and Tsarina, has been unjustly maligned simply because history is written by the politically powerful and not by the common man. A wealth of evidence shows that Rasputin was discredited by a fanatically anti-Semitic Russian society, for advocating equal rights for the severely oppressed Jewish population, as well as for promoting peace in a pro-war era. Testimony by his friends and enemies, from all social strata, provides a picture of a spiritual man who hated bigotry, inequity and violence. The author is the great-great niece of Aron Simanovitch, Rasputin's Jewish secretary.

If There's A Mailbox In Heaven 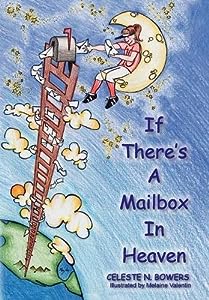 "It's not about me. It's about Christ working through me." -Christina Bowers, March 11, 2005 Knowing her God was bigger than any cancer, my ten-year-old daughter, Christina, faced this tremendous obstacle with unwavering faith and a smile in her heart. There was no room for anger, and the question, "Why me?" would never be asked. Instead, this diagnosis was answered with, "Use me. Use me, Lord, for Your Name and Your Glory!" 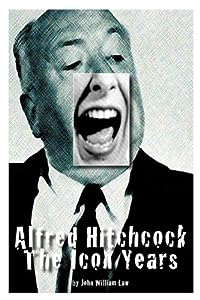 As the 1960s dawned Alfred Hitchcock was riding high ... hit movies, hit TV show, books, magazines and his face printed on it all. He was about to release his most successful film and embark on a roller coaster ride of a decade as he found the highest of highs and the lowest of lows. He was an icon and he would spend the remainder of his life trying to live up to expectations. Now, upon the 50th anniversary of the release of 'Psycho', rediscover the hits and uncover new details behind the unfinished films and the struggles of Hollywood's most famous director. WIth insights from the stars who worked with him, like Janet Leigh, Tippi Hedren, Paul Newman, Julie Andrews, Bruce Dern and more, rediscover the art of Hollywood's Master of Suspense. Includes many rare photographs. 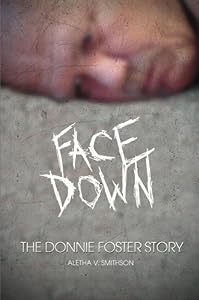 I closed my eyes and turned the other cheek against the tarmac...the heat against the asphalt sweltered...the awareness of death, spit, and stench of urine was driven through my nostrils with every breath. I would still carry out my plan to end it all.'

In this harrowing tale of abuse, addiction, and ultimate redemption, Aletha Smithson chronicles the life of Donnie Foster.

Donnie lived his entire life Facedown. His abusive childhood taught him to keep his head down to avoid the wrath of his violent stepfather. He found solace in the prescription drugs he stole from his mother and the very same alcohol that made his stepfather belligerent. As Donnie got older, he turned to more powerful drugs: cocaine and meth. He was soon wrapped up in the dangerous world of vicious drug lords, acting as their minion. There wasn't anything he wouldn't do for them or his next hit. It was not long before Donnie found himself at Corcoran State Penitentiary, lying facedown on the asphalt and reexamining his life.

God spoke to him then, and after years of running from the law and God, Donnie turned his life around to become a totally new creation through Christ, realizing that truly all things are possible with God.

A Perilous Journey of Love and Faith 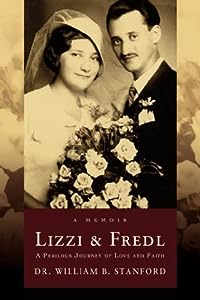 Austria, 1938. Europe trembles under the shadow of Hitler and the spreading threat of Nazism. Though some Austrians welcome the idea of belonging to the Fatherland once more, many more fear such a day. The Steiners are one such couple that dreads that ultimate day.They have carved out a successful life for themselves in Vienna. Twenty-seven-year-old Fredl is an accomplished master jeweler, while twenty-six-year-old Lizzi is a professional dressmaker. When Fredl receives papers ordering him to Munich, Germany, to serve the Nazis in their war preparations, the couple knows they have no choice: they must leave Austria. As Hitler and his troops gain force in their homeland and annex Austria, Lizzi and Fredl endure a harrowing flight to France, uncertain whether they will ever see their country again. But France holds no safety for them. Fredl is captured by French Nazi sympathizers and must outwit his captors to survive in Vichy-controlled concentration and labor camps. Separated from Fredl, Lizzi evades arrest and relies on her guile and chutzpah to search for her beloved husband. What follows is an incredible seven-year odyssey filled with danger and endurance. From their long, arduous journey to Paris to Fredl's unbelievable rescue from a train bound for a Nazi death camp, Lizzi and Fredl delivers a remarkable true story of courage, faith, and overwhelming love.
Contact Author -