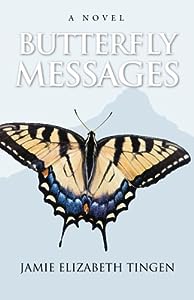 “Butterflies know more 'bout living than humans.” Butterflies have a short life span. But they know to make the most of the time they have, and not to look back. Scratch was helping Mag move out of the cottage when he shared that bit of wisdom with her. The cottage just wasn’t the same without Ash. She first met Ash when she was seventeen. Lily, her best friend, accused her of having dreamy eyes for him. When he asked her to marry him she said yes but the next day he disappeared out of her life only to return many years later. He needed her by his side. They had never stopped loving each other but their time together was much too short.

I truly enjoyed this book and yet I find it very difficult to share a summary without giving away too much information. Jamie Elizabeth Tingen offers readers a tale that will bring tears, smiles and laughter. Scratch is a secondary character and yet he makes the book. He is uneducated and yet he may be the wisest character in the book. Scratch has a deep wisdom that came from his dad. Mag is a multidimensional character. She carries pain and a secret deep within her. Ash is hard to describe. He never stopped loving Mag but allowed himself to be manipulated. Mag and Ash learned a lesson in this tale: hold on to today and forget about yesterday. In my mind’s eye I could picture the old cottage and the mountain. I fell in love with this story and did not want it to end. While the ending was not the one I wanted, it was a very satisfying ending. This is a tale you won’t want to miss. 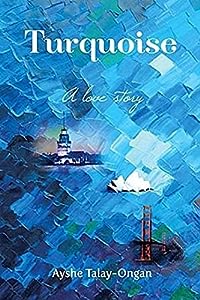 It's the 1980's and Istanbul-based Yasmin Atakol loves her work as a psychologist and has a goal of working with pre-schoolers with developmental disorders like autism. She enjoys socializing with her friends, but most of them are married and have started families.
Yasmin would love to find "Mr. Right" but that doesn't happen until she meets her longtime friend Ani's husband, Renan. He is married and Yas is not, but they are attracted to each other, gradually falling in love over the years even though Renan, Ani and their son Leon move to Australia and Yasmin's only contact with them is by telephone or letter. Yasmin stays in touch with Ani and Renan even though she moves to California to be near her parents. When her father is gunned down by Armenians seeking revenge for the 1915 slaughter of their countrymen by the Turks, Yasmin, her mother and brother grieve and Yas enters into a loveless marriage with California college professor Curly. Yas returns to Turkey to adopt baby Derya but can she bridge the years and bring Renan into her life?

"Turquoise" is a well-written love story of two people who truly and deeply love each other. Yas and Renan are attracted to each other from the moment they meet but they don't destroy the lives of people around them by jumping in bed together until years have passed. This is a love story worth reading. It is believable with incredible characters whom the reader will not easily forget. The plot line flows believably to The end, and the theme of old Turkish/Armenian hostilities is woven well into the text. The dialogue between characters is authentic and down to earth. "Turquoise" is a love story that readers will embrace and they will surely want more stories like it from the author. 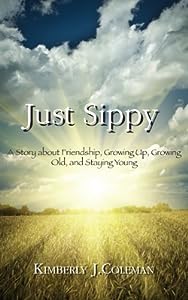 Everyone called her Sippy; her name was Serendipity. The name fit perfectly. Sippy was eleven years old when she heard God's voice. It sort of frightened her and she asked him not to speak to her out loud again. She asked if he would send signs instead and he did, many times. Sippy's relationship with God continued into her adult years. She admitted she didn't talk to him as often as she should have but she listened when he talked and he listened to her.

The year was 1973 and several things changed that year, not only did Sippy hear God's voice for the first time she also learned the family secret; she traveled with her Aunt Jilly and grew up.

Just Sippy by Kimberly J. Coleman is one of those special books that you will never forget. Coleman is a remarkable writer. There is no way my piteous attempt at a review can ever do justice to her first book, Just Sippy. Coleman managed to capture Sippy's personality. I could have sworn she was a real person. I wanted her to be a real person. Sippy had a way of seeing the best in everything. "Want cannot be controlled. Have you ever been in a pizza place and wanted a hamburger?...That pizza place couldn't control what I wanted. But, it couldn't give me a hamburger either. Those folks up there made me the best pizza I ever had..." I'll never forget the meaning...enjoy what you have when you have it. Coleman didn't stop with Sippy's childhood; we follow her into her early thirties. I didn't want the book to stop there; Sippy's adventures obviously were not over.

Coleman took me back to the seventies: Elton John, John Lennon, Elvis, Lucy in The Sky With Diamonds and Benny and the Jets. Jilly was a bit of gypsy and a bit of a hippie. I liked her; she was a free spirit. Sippy's parents were kind, understanding and willing to allow their children to be who they were meant to be.

Coleman has mastered the art of characterization. Her plot was delightful and the editing was perfection. Coleman writes like a seasoned author. Her characters came alive on the pages and danced into my heart. Remember the name Kimberly J. Coleman, it will soon be on a best seller list. 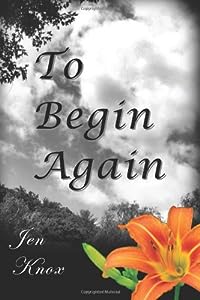 The common factor in these stories is change or new beginnings. Knox asks us to look deep inside ourselves and search our soul for how we would react in certain situations. At The Window is the story of a young woman assaulted. Despite the fact that there were many witnesses to the physical attack no one offered to help her. No one wanted to be involved. Like Smoke is the story of Amira. Her boss is rather a tyrant. Does that give her the right to take money from the cash drawer? Angelique saved Joe from himself by giving him bitter tap water. Absurd Hunger is the story of a man that has not come to terms with the death of his wife. His psychiatrist has him write letters to her. I found some humor in the letters and he found healing. Untied was an unusual story of a husband and wife struggling financially and taking desperate measures to survive.

Knox has a great talent to tug at the heartstrings of readers. The author never goes too far in her writing. She leaves room for the reader to come to their own conclusions. Jen Knox art is classical. I will be watching for more of her work.