Father Time is Running Out On Mother Nature 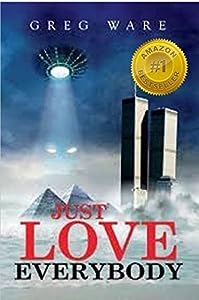 Just Love Everybody: Father Time is Running Out On Mother Nature by Greg Ware is a novel set in the far future where the world is almost destroyed, but one man is on a mission to save everyone with a unique and almost eclectic idea. In a story set in 2031, the USA is plagued by ISIS and people are trying to barely survive under their reign of terror. During this chaos, the very much loved obstetrician Jake Love is given a once in a lifetime opportunity to meet with anyone from the past for 24 hours.

Even though this man can choose to meet anyone, he chooses to meet Jesus. But he chooses to meet with Jesus on the day that He was crucified. His plan is to get a blood sample to find out His paternity and be able to clone Jesus. Jake Love had no idea that his meeting with Jesus could have such vital importance in the future of the mankind. It could be the answer to the prayers of many people wanting an end to terrorism, or it could give birth to another nightmare. What is going to happen now? Can Jake take the blood sample? Will it even work?

This is the best kind of sci-fi, something that even readers who don’t enjoy this genre will love to read. Jake is a likable character, he is detailed and developed beautifully. His journeys back in time were very well detailed and constructed, so much so that you cannot find even a single fault with them. I loved the way he reacted; I loved his dry humor and witty responses as much as his charismatic personality. Just Love Everybody is truly a one of a kind novel that should not be missed. 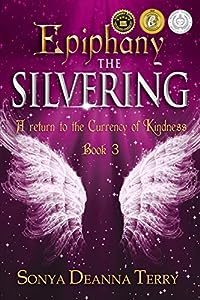 Epiphany – The Silvering by Sonya Deanna Terry picks up where The Golding leaves off with another budding romance. Meanwhile Rosetta Melki is making discoveries about both her early childhood and the secret project one of her friends has been working on, a project that could play a significant role in the world as they know it. Amidst what appears to be chaos, Matthew jumps on board with Rosetta’s Our True Ancient History book-study group. When letters written by the Our True Ancient History author in the 1700s are discovered, Matthew travels to the UK to visit a chapter of their internet society. The owner of the letters allows the letters to be photographed and posted on the web. What Matthew learns from the letters has an epiphanic effect on him, especially because much of it surrounds Rosetta.

Once again, Ms. Terry does an amazing job of working the plots of both the faery world and present day as the characters come to realize they have many past lives that are being connected through the Dream Sphere where the past, present and future exist simultaneously. When a ghost from Matthew’s past pays him a visit, Matthew is down on his luck and solemn, but the blast from the past reveals their true identities. Sonya’s powerful writing style continues to weave a tale that is sure to become a cult favorite. It has everything you could want from fantasy, mixing fiction with the real-life tragedies of today. The author could not have picked a more suitable title for this brilliantly entertaining masterpiece. Epiphany – The Silvering is the grand finale of its predecessor. Captivating, wondrous and uplifting. All I can say is Wow! 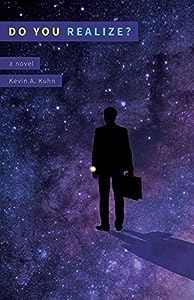 Let me say right off the bat that I enjoyed Do You Realize? by Kevin A. Kuhn very much. I like the role that the popular music of my generation, the baby boomers, plays in this novel. If you look at the chapter titles and you are a pop music fan, you might notice that a lot of these chapters are named with titles of pop music songs. Most of them are hit songs. I have thought for a long time that music marks and defines times in our lives. The better the song, the more intense the time, the stronger the memory. Do You Realize? is about life. It is about love and, most of all, it is about family. What better way to celebrate those things than through music…or a good book.

Do You Realize? is full of powerful scenes, realistic scenes, life affirming scenes. Kevin A. Kuhn has a special way of looking at life, and he is very good with words. I feel I know these characters. I like George. I like Elena. But I think I liked George’s relationship with his kids, Alex and Amanda. Don’t get me wrong. None of these relationships is perfect. Neither are any of the people. That is part of the reason that they seem so real. I recognize the same flaws in my own family members and friends. This is good writing. A good plot. Some great characters, and plenty of small details from everyday modern family life make Do You Realize? a great novel. 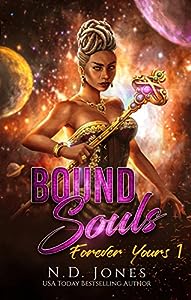 A book that transported me to exciting places, Bound Souls by N.D. Jones is a delightful fantasy that will have any reader doubt anything they know about love, science, and faith. Is there a limit to how much one soul can love another? Such is the question explored in this book that features a compelling blend of romance and fantasy. Meet Regent Lela of Asiya, the most powerful person on her planet, and a person who can’t save her beloved husband and soulmate, Zion. They have lived together, bound by a strong bond of love for thirty years, but now Zion must leave. Lela refuses to let him go. In some strange way, the bond of their love continues to live on beyond the grave. Read on to see what happens when a third person comes into the equation.

Bound Souls is a gloriously narrated story, a tale with a riveting setting and extraordinary characters. I loved it from the beginning, following Lela and Zion in a boisterous argument. The way N.D. Jones explores the emotional intelligence and the psychological depths of the characters is wonderful. The plot is well-paced and the reader can’t help but go on reading to find out what happens to the characters. The conflict is well-developed and it is mostly psychological. A story that is character-driven, filled with numerous dramatic scenes, Bound Souls will transport readers into realities that will make them dream and long for a love that is both redeeming and lasting. I enjoyed every bit of this story. 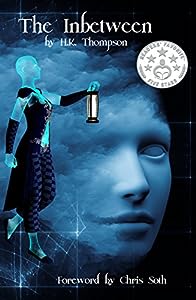 Zoe stands on the parapet of a bridge, preparing to jump. The opening of The Inbetween by H.K. Thompson takes us immediately into the heart of the action. Zoe has lost her beloved husband days after their wedding and, feeling that she can’t go on, is determined to take her own life. Here the narrative skips to Drake and Lexi, who inhabit a fantastic world where they are able to manifest whatever they want or need by the power of their thoughts. Very soon they are joined by Zoe, who awakens in their world in what seems to her to be a strange dream. It becomes clear, however, that the place the three now inhabit is an 'inbetween' world; a place between life and death, a place of revelation, and a place where life issues must finally be resolved.

Through a series of exotic and symbolic adventures with many twists, turns and surprising, frequently shocking revelations, Zoe, Lexi and Drake make their way through a strange, sometimes beautiful, sometimes terrifying landscape. Here they will meet dragons, unicorns, and other inhabitants who are not always who they appear to be. They will discover strange truths and secrets about themselves and the world that they are travelling through, all of which they must resolve, and prepare for the final battle - the battle that will decide their fates, a battle for life or death.

The Inbetween presents us with a strange allegorical landscape, an Alice in Wonderland world where anything is possible and each sentence, scene and setting may have a hidden meaning. H.K. Thompson has created a narrative full of symbolism, a tale of love and loss, of torment and redemption. From the time that Dante first journeyed the paths of Purgatorio, the concept of a world between heaven and hell has inspired and fascinated fertile minds. The Inbetween, a well-written tale by a competent author, is a worthy addition to the discussion. A thought-provoking book and highly recommended.