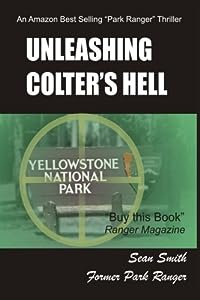 Under the tranquil setting of Yellowstone National Park lies a killer, the world's largest super volcano. Yellowstone erupts roughly every 600,000 years. It's next eruption is overdue, and any present explosion would destroy America and quite possibly all of civilization. Yellowstone, or Colter's Hell, as it's historically known, is experiencing unprecedented volcanic activity, possibly signaling a pending eruption. In Unleashing Colter's Hell, a religious fanatic sent to the Wyoming wilderness has acquired an atomic bomb to trigger an eruption and spell the end of the United States. A lone park ranger named Grayson Cole is James Bond, Indiana Jones, and Robert Langdon rolled into one. Along with Diane Harris, a rookie FBI agent, the two are all that stand between the world and its destruction. Unleashing Colter's Hell is a fast paced, action packed adventure. It's a sweeping story spanning the world from North Korea, thru South America, to Yellowstone the world's first national park. Colter's Hell draws upon modern science, relevant history, present technology, and current events to give the story its terrifying realism.

Terrorists and the Terchova Treasure

In My Brother's Place 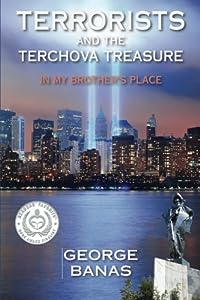 In the aftermath of the September 11, 2001 attacks on the United States, Joe Legion fights to protect his U.S. family and European relatives from a yet unknown enemy and from former friends who appear to have changed allegiances. Joe sharpens the fighting and survival skills he learned in the Army years earlier when he replaced his brother, who was presumed lost during a special operations mission. As an International Responder on earthquake relief missions in India and Peru before 9/11, Joe encounters individuals and small networks engaged in illegal trafficking in drugs, weapons, nuclear materials, and other contraband. Convinced of their links to larger terrorist groups after the 9/11 attacks, Joe demands authorization from MAGENTA, his former contact in the Pentagon, to disrupt and destroy these small, illegal operations while the U.S. military, FBI, and CIA pursue higher value targets. Joe enlists the aid of friends and family members he had previously organized to hunt for the legendary treasure of Juraj Janosik, the early 18th century Robin Hood and national hero of Slovakia. Joe's "recruits" willingly accompany him to confront dangerous adversaries under dangerous conditions in dangerous places including India, South and Central America, Europe, Russia, North Africa, and Joe's back yard. In solemn tribute to the known and unnamed defenders of the United States from its origin to the present day, the author deftly interweaves the horror of 9/11 with his personal experiences and actual historical events, causes, and consequences that have sometimes shaken our nation, but never defeated it. 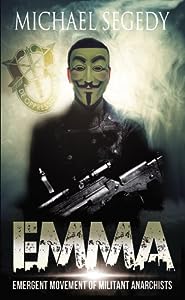 Imagine a couple young hacktivists, both former members of the internet freedom fighters group Anonymous, and one of them an ex-black ops officer, breaking away and creating a militant group of anarchists committed to social change. But social change precipitated by acts of violence against CEOs of major corporations responsible for crimes against humanity.

Their group, Emergent Movement of Militant Anarchists, or EMMA, believes the power elite will never listen to hollow threats or become intimidated by pranksters like Anonymous. They will listen only when they are forced to live in a state of terror.

That’s the mere skeleton of the plot, but what follows, the twists and turns, the surprises, the action and suspense, and the masterful way the author delves into the lives of the principal characters, adds the beef.

A black ops officer turned terrorist is not the story of a renegade NCS commando gone bonkers. Rather the novel tells of a young man, Brent Cossack, accepted into Georgetown University, who decides to forgo college and join the military. As a CIA operative in Iraq, he discovers an ugly truth, and resigns. He returns home and falls in love with a beautiful political activist. Everything seems just swell, until a terrible event in his life pushes him over the edge.

FBI agent Rick Clark finds himself in the middle of an investigation that forces him to relive the saddest time in his life. Since his divorce, he has lived alone, avoiding relationships, except those established at work out of necessity, and one established at home, out of choice, with his commiserating dog, Thomas.

Marty Robins, a psychologist involved in the investigation, helps resuscitate life into Rick, but his real savior comes later in the form of an unexpected hero that restores hope and meaning in his fragmented life. 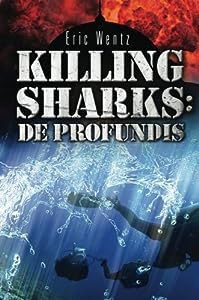 From the remote villages of Afghanistan to the depths of the ocean, Lieutenant Commander Grant Chisolm is on a mission to thwart jihadists. His latest assignment as liaison officer to Guantanamo brings him face to face with the Taliban and Al-Qaeda, and their hatred of the United States, once more. Dive into the explosive world of terrorism and those fearless enough to fight it in Killing Sharks. In the best tradition of the works of Frederick Forsyth and Dan Brown, Killing Sharks: De Profundis is a thriller that takes the reader from the desolate mountains of the FATA on the Afghan-Pakistani border to the warm waters of the Caribbean and the base prison at Guantanamo, Cuba. Navy SEAL, Lieutenant Commander Grant Chisolm, races against the timing of suicide bombers and through the murky world of the modern war on terrorism and the backwaters of the Cold War. Wentzs work is authentic. Its the product of a navy officer who has seen Guantanamo and the world-wide war on terror firsthand. Dr. Ralph L. DeFalco III, Senior Strategist, Joint and Coalition Warfighter Support, Under Secretary of Defense for Intelligence, Captain, USNR 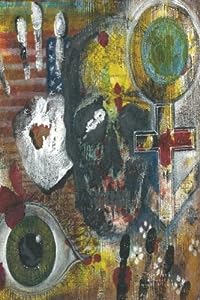 From the award winning playwright comes the intelligent, fast-paced thriller that started it all!

What begins as a normal day for Mark O'Connor and Lisa Woodward ends with the unthinkable.

Their loved ones brutally murdered, the two survivors are left desperately searching for answers while locked in a life or death struggle of their own.

Based on the award winning stage play, 'CAPTIVE' brilliantly intersects the lives of nine strangers, each going through their normal daily routine until a single, transformational event alters the course of their lives forever... 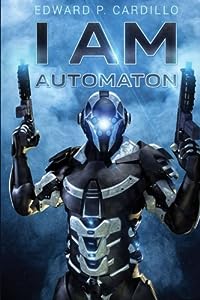 In the near future the United States Army is using infantry drones to smoke out terrorists hiding in the extensive cave systems of Afghanistan. They don’t tire, and they never stop…they just walk and feed. They achieve maximum penetration, and they save American lives. However, the fledgling technology, while effective, is far from safe. It’s combat on the razor’s edge, and fighting side-by-side with ravenous corpses takes its toll as the drones take a piece of the soldiers. Go ballistic with Sgt. Peter Birdsall and Pvt. Carl Birdsall of the Insidious Drone Program as high-tech warriors hunting enemies of freedom and democracy! “I loved it.” Pulitzer Prize nominee and Emmy winner John Ford Noonan 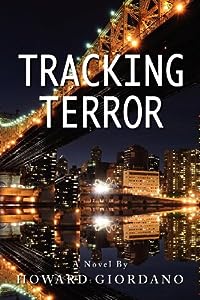 A fender bender with an Indian Muslim on a New York City highway launches Pete Fanning, an overworked NYPD narcotics detective, to investigate a terrorist plot that threatens horrendous consequences: the bombing of Belmont Park Racetrack at the running of the Belmont Stakes in two weeks. Pete teams up with two FBI agents to unravel the mystery of the terrorists' unlikely collaboration--a band of dissident IRA soldiers with a cell of the al-Qaeda embedded in a Queens, New York mosque. Pete is certain if he uncovers the logic to this improbable terrorist marriage, it will reveal their intended target. Then he has to stop them before they kill thousands of racing fans attending the big race. In doing so, he soon finds himself in their sights. The investigation becomes not only one of survival, but tests his loyalty to his family, his friends, his country, and ultimately goes to the core of why he became a cop.

Portrait of a Spy 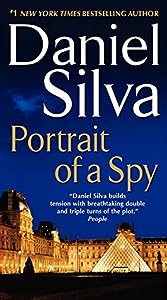 Portrait of a Spy is Silva’s eleventh thriller to feature art restorer and master spy Gabriel Allon as he races from Great Britain to Washington to New York to the Middle East on the trail of a deadly and elusive terrorist network responsible for massacres in Paris, Copenhagen, and at London’s Covent Garden. 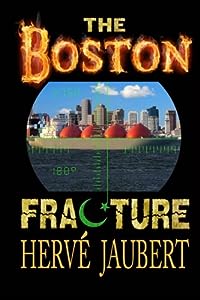 The discovery of a strange device abandoned on a remote beach in Puerto Rico puts FBI Agent Floyd Allister and CIA Master Spy Chance Flanagan on a race against a terrorist sleeper cell hiding in the US. Their pursuit takes them from the Middle East to South America and finally to Boston, Massachusetts, where Floyd and Chance discover that ruthless radical Islamists are planning to ram a suicide mini-submarine into a gas tanker to unleash an apocalyptic firestorm for the worst terrorist attack, ever. The details on the locations, the methods of the terrorists, the weapons of mass destruction, the underwater actions, the suicide submarines, and an environment that reveals the irreconcilable differences between two opposite worlds, feel so real, it keeps the reader wondering what is coming next. "Herve Jaubert has written a fast-paced, exciting, true-to-life thriller that has the side benefit of also conveying an important message about Islamist terrorism." Daniel Pipes, President of the Middle East Forum. "Herve Jaubert has expertly penned this spine tingling suspense thriller. He takes the readers into the deep dark world of Muslim terrorists. This epic traverses the world uncovering this terrifying tale as only a former spy can describe. Never before has anyone exposed the inner workings of the minds behind these evil doers and what makes them tick." Jeff Probst, Jupiter Digital "A thrilling and terrifying story, so real it could be happening tomorrow!" "Captivating story and what an eye opening message!" 'How the war on terror leads to a war of civilizations: the West against Islam." "An FBI agent races against the clock in a spine-tingling attempt to thwart a horrific terrorist attack on Boston, Massachusetts." C-G

The Time of Jacob's Trouble 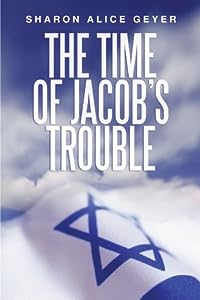 In the sequel to The Samson Option, Ari Ben Chaim, abandoned at birth during the Six Day War in Israel, and raised as a Jew on a kibbutz, must continue to evade the Muslim Brotherhood. Because of the peculiar circumstance of his birth, they believe he is the long awaited Twelfth Imam, or the Hidden Mahdi. Will the Mahdi Brotherhood find him again, and will they murder his wife, Lily, as they have all those close to him? Will Ari and Lily fit in with the small band of believers who call themselves Messianic Jews, whose mission is to build up the fallen tabernacle of David? When their cover is blown in Patagonia, Arizona, they flee to Rome where a new identity is given them. They continue on to Jerusalem in the guise of a Franciscan friar and a sister. Staying at an abandoned monastery on the outskirts of Ain Karem, they meet and befriend an American archaeologist. Professor Scott helps them discover a petrified almond twig and two small, hand-carved stones in a hidden tomb that dates back to the time of King David. Lily is directed by the Angel Michael to go north to the headwaters of the Jordan River and wait for further instructions. What role will these seemingly ordinary objects play in their future? Is a bio-terrorist attack imminent?
Contact Author -