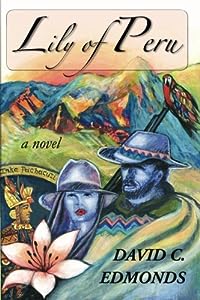 I’ve left him. It’s over. If you still want what we’ve been talking about, I’m ready.

When university professor Markus Thorsen reads these words from the love of his life, Marisa, he abandons his work and flies to war-torn Peru, where government forces are battling a brutal insurgent organization known as the Shining Path. Once there, Markus hopes to whisk Marisa to safety—far away from her Peruvian husband.

His plans fall apart as soon as he arrives, however, when a Peruvian general shows up at his hotel room with a host of accusations. Markus has to face the truth: Marisa has connections to the Shining Path. But is her involvement by choice or coercion?

Desperate to learn the truth and get her out of the country, Markus sets off on a dangerous journey with Marisa that takes them from Lima to the Andes and on into the eastern jungle. Along the way, they are pursued by counter-insurgency agents, elite soldiers, hostile natives, Marisa’s husband, and even a man with a large jungle cat.

Markus planned on his Peruvian reunion resulting in happily ever after, but now he simply hopes he and Marisa make it out of the country alive. 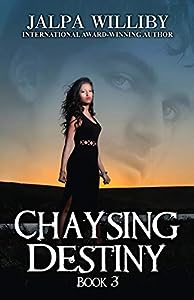 WILL YOU FIND YOUR DESTINY? OR WILL DESTINY FIND YOU?

Truth is nothing but lies. Light is overshadowed by darkness. Hope is replaced by despair. Innocence is lost. Only anger and bitterness remain. 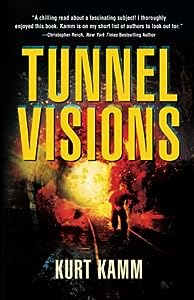 From the sylmar tunnel disaster of 1971 to a modern-day terrorist attack on Southern California’s water supply…. When Homeland Security mobilizes Los Angeles County, fire captain Nick Carter and his fiancée Cindi Burns, an ATF Special Agent, find themselves working together to stop the terrorists. As the crisis unfolds, California’s contentious history of water wars is laid bare and Nick confronts a 40-year-old mystery from his childhood. 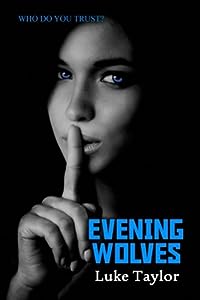 Homicide Detective Michael Erland passes through the gates of the opulent Fircrest Mansion to solve the murder of a woman with no fingerprints, and finds himself in the middle of a brutal struggle between Homeland Security and a domestic terrorist known as Jupiter, a hacker and criminal mastermind who steals information to sell it to the highest bidder and will stop at nothing to make the biggest transaction of his career and end the lives of those who would try to stop him. The Agent pursuing Jupiter, the enigmatic and stunningly beautiful Sierra Marland, conscripts Erland’s help as the only one she can trust, and as Marland and Jupiter lock wits and wills in a fiery chess game of death and consequence, Erland is forced to walk the tightrope between justice, vengeance, and love. Evening Wolves was a Finalist in both the 2015 Beverly Hills Book Awards and 2015 Readers' Favorite Book Awards. 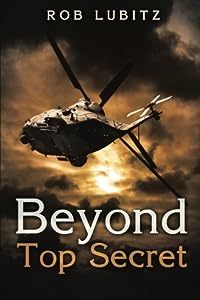 Ryan Butler holds a dark CIA secret. He has kept quiet for fifteen years, working as an attorney in Arizona and lying about his past to everyone, including his live-in girlfriend, Maya. But after a string of bizarre murders and the events of September 11, 2001, his fabricated world slowly begins to unravel. When his former lover, Alana Shannon, kills her husband, Ryan realizes that only his secret can save her. But there is a problem: he has no clue that plans are already in the works to use the same secret to destroy Osama bin Laden and al Qaeda. After he teams with a tabloid reporter and a defense attorney, Ryan fights to prove Alana's innocence amid fierce resistance from shadowy government forces. Against a backdrop of escalating violence and deceit, Ryan and Alana rekindle their lost love, sending them down a perilous path where they face an agonizing choice with the power to change their lives and alter the war on terrorism. In this espionage thriller, one man who risks everything to divulge a long-held secret and save the woman he loves from a disturbing fate is about to discover that nothing is ever certain in an uncertain world.

Shadow of the Automaton

I Am Automaton Book 3

In book 3 of Edward P. Cardillo’s international award-winning series, Major Peter Birdsall is back and on the hunt for the notorious terrorist, Kafka…but Kafka has other plans. He’s bent on an invasion of the free world like history has never seen, using the NSA and a fledgling surveillance technology intended for national security. While Big Brother is watching, so is another, more dangerous entity, and the hideous secret of the THV virus and the existence of zombies is revealed. Framed by Kafka, Peter and Tronika, a seditious computer hacker, are on the run from the Order for International Liberation and the authorities as they try to unravel Kafka’s plot to convert the world’s population into a sea of mindless zombies before it is too late. I Am Automaton, winner of a Readers Favorite Award: “I thoroughly enjoyed I AM AUTOMATON for its sheer innovation of deviating from the norm and delivering a deep message about the way humans treat war and the victims of it…If you’re sick of splatter and want a novel with brains you don’t have to eat, enlist with I AM AUTOMATON today!” 5/5 stars, Nathan Robinson, Snakebite Horror “I loved it!” John Ford Noonan, Pulitzer Prize nominee, Emmy winner I Am Automaton 2: Kafka Rising, winner of a Readers Favorite Award: “A Clever Sci-fi Techno Thriller with Zombies…this book can be picked up & enjoyed as a standalone tale in itself…Kafka Rising delivers - it's like the author stuck Dawn of the Dead and Homeland in a blender then maybe sprinkled in a little 1984.” 5/5 stars, Sean T. Page, zombie author and Minister of Zombies 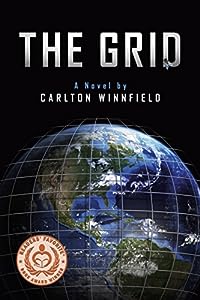 Think of a group of enormously wealthy philanthropists that has unlocked the doors to quantum computing and nano-technology, a group that has at its disposal brilliant minds, both human and nearly artificial, and superbly trained Operators. Think of an absolutely hidden organization created by this group and structured to employ these tools to level the playing field against self-serving ideologies of powerful people, at all levels, on all sides, that threaten the common good. Think of an organization that never fights fair against the dark forces in the world and does so without leaving a trace. Now – you are thinking of THE GRID.

In this first novel, the Grid, through its pervasive information gathering apparatus, learns of a clandestine meeting between a rogue officer of Pakistani Intelligence and a suspected member of a radical terrorist group. The Grid fears the terrorist group is seeking to obtain an atomic weapon from the Pakistani arsenal. It dispatches one of its senior Operators to investigate. Armed with his wits, superbly honed close-quarters fighting skills, and supported by an armory of futuristic Grid Devices, to include a 5th generation quantum computer – a nearly artificially intelligent Machine mind – the Grid’s Operator tracks his quarry from East to West. There, he confronts head-on the history-changing aspirations of the terrorist leader and his comrade-in-arms, one of the kingpins of the underworld drug trade. In these endeavors, against great odds, the Operator must take the gloves off and employ what the Grid refers to as ‘Roman Rules’, utilizing the full scope of its nearly magical, technological capabilities – without leaving a trace.

THE GRID is an international thriller set against the threats and dark intrigues of our time. 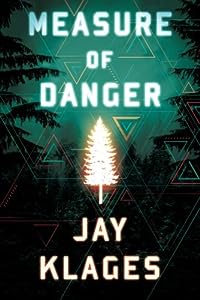 Kade Sims was a successful army intelligence officer until his hypomania disorder and impulsive behavior resulted in his discharge. Forced to adapt to a sedate civilian existence, he’d all but given up on a life of service. That is, until opportunity—and an FBI agent—knocks on his door.

The FBI believes Kade’s unique talents make him their best candidate to infiltrate AgriteX, an agricultural biotech company suspected of involvement in organized crime. Kade jumps at the chance to redeem himself and serve his country again. But he soon learns that AgriteX is invested in far more threatening pursuits—the company is secretly funding The Chapter, a high-tech militia plotting a savage attack on the United States.

Can Kade stop The Chapter before it’s too late? And now that he’s on the inside, will he ever escape their shadowy network? 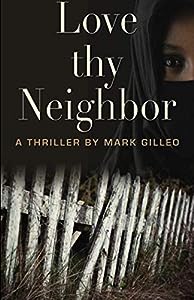 Clark Hayden is a graduate student trying to help his mother navigate through the loss of his father while she continues to live in their house near Washington DC. With his mother's diminishing mental capacity becoming the norm, Clark expects a certain amount of craziness as he heads home for the holidays. What he couldn't possibly anticipate, though, is that he would find himself catapulted into the middle of the terrorist operation. As the holiday festivities reach a crescendo, a terrorist cell - which happens to be across the street - is activated. Suddenly Clark is discovering things he never knew about deadly chemicals, secret government operations, suspiciously missing neighbors, and the intentions of a gorgeous IRS auditor. Clark's quiet suburban neighborhood is about to become one of the most deadly places on the planet, and it's up to Clark to prevent the loss of hundreds of thousands of innocent lives in the nation's capital. 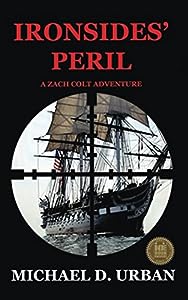 The War of 1812 is long over. The War of 2012 has just begun. IRONSIDES' PERIL is the new Zach Colt thriller from award-winning author Michael D. Urban. July 4, 2012. Boston is under attack. A trail of burning ships and downed jet aircraft litters the harbor. U.S.S. Constitution has been hijacked by a ruthless band of international terrorists. A former president of the United States, the current vice president, and the secretary of the Navy are onboard together with the ship’s crew and other hostages. Unfortunately for the terrorists, so is Zach Colt. And he’s spoiling for a fight. Now it’s time to take “Old Ironsides” back. Before she is destroyed and the terrorists’ final, devastating revenge is enacted on the City of Boston. The question is … How do you recapture an 18th-Century warship – and sacred American icon -- using 21st-Century weapons and tactics?
Contact Author -