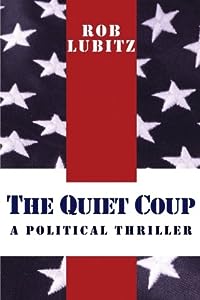 When Bill and Cheryl Parker are visited by an aggressive reporter who has recognized them from news footage of an earthquake on Molokai, their idyllic, love-filled lives are turned upside down and inside out by more than the earthquake in this riveting political thriller, The Quiet Coup by Rob Lubitz. Imagine, if you will, suddenly beginning to wonder if you really are who you think you are, and finding out after some research, that you aren't Bill and Cheryl Parker. Worse yet, that you might have been a porn star in some life you cannot remember at all. How could such a thing happen? And suddenly, after you've told the rude reporter to get lost, all hell breaks loose. Someone tries to kidnap you both. When you try to get away, you find yourself being charged for trying to escape in restricted areas at an airport. As you frantically rush to solve the riddle of a past you can't remember, you are plunged into a terrifying trip across the mainland where those trying to protect you end up dead and where, to protect yourself, you also murder the assassin sent to "erase" you.

Wow! Talk about an exciting thriller. The Quiet Coup is anything but a quiet read. The tension builds chapter after chapter and the reader is swept along in a tale that seems unbelievable, but is actually based on a very real probability...that of a drug so strong that it can wipe out all memories and leave only those planted by powerful people using the drug for political reasons. Most of the action is set in the US and digs into the deception and intrigue that no doubt does take place in the upper levels of the government and CIA. The drug component is based, as Rob Lubitz tells us in the afterword, on "Project MKUltra," "a secret and illegal CIA program that used drugs and hypnosis to manipulate mental states and brain functions" back in the fifties, but was exposed in 1975. Apparently, information on Project MKUltra is available on the internet if you wish to research it. How does the reader know that the tale Rob Lubitz has woven here and the implications he's made about how things work in the government, Department of Justice and CIA aren't all just the figments of a creative mind? One only has to read his bio: this author has worked for years in those upper levels. He is a criminal justice expert and has been quoted many times in major newspapers.

It's exciting and fulfilling to read fiction like The Quiet Coup that moves at such a fast pace it's impossible to put down, and yet realize that what you're reading is entirely possible, even probable. There were two previous books in this series that will fill readers in on Bill and Cheryl's lives and how they ended up where we find them in the opening to this story. After reading The Quiet Coup, you will want to read those too. One of the most thrilling and fast reads I've ever had. Excellent writing, Rob Lubitz! 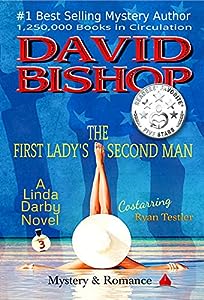 David Bishop has managed to combine two of my favorite elements, politics and puzzles, into one thrilling read! The First Lady’s Second Man is the story of Linda Darby and how she ends up in the middle of a life or death scandal. You see, Linda has been charged with a pretty awful task, one that she wouldn’t even entertain as a possibility - unless of course a child’s life wasn’t on the line. She desperately needs her on-again, off-again sexy man of mystery Ryan Teslar, but he’s off in some dark and dangerous part of the world. On top of all this, Linda has to deal with an actual proposal from a man who wants her to move to the middle of the country while she’s struggling to give up her life on the coast. And those are just the details I can give you without ruining this incredible thrill ride of a story!

The First Lady’s Second Man is about just what you’d expect; the woman behind the man has a man of her own. That alone was so salacious I knew I had to give David Bishop’s writing a try. It isn’t just the action that unfolds, it’s the writing style that pulls you right into the story and drops you smack in the center of political intrigue, assassinations and secret missions in the Middle East. You get several stories in one and, when they converge, the excitement reaches a fever pitch that will have you gripping your e-reader in anticipation. It’s hard to find good politically based novels, and as a fan of the genre I held my breath and hoped for the best. David Bishop more than met my expectations. 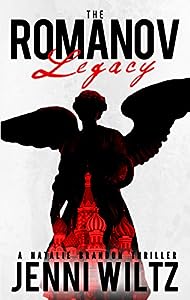 The Romanov Legacy (A Natalie Brandon Thriller) by Jenni Wiltz is a spellbinding thriller that follows an unusual treasure hunt; the action is exhilarating and the characters mesmerizing. Natalie Brandon has a powerful revelation, one that no one would believe because of her schizophrenia — Nicholas II, the last tsar of Russia, left a secret bank account with millions for his family. Even though people close to her look at her claims with disbelief, there are some who believe she may be telling the truth. When Constantine, a Russian spy with blue eyes, kidnaps Natalie and goads her into leading him to the treasure, things get complicated, but that is just the beginning. The Russian Prime Minister will do anything to reach the treasure before anyone else, so he puts his hit squad on the tails of Natalie and Constantine.

This is a story packed with action and many thrills as the two — Natalie and Constantine — try to stay a step ahead of the Russian Prime Minister's thugs as they race across countries and cities, looking for the treasure. But what if the voice of the angel Belial who speaks to Natalie and her intuition could be wrong? Jenni Wiltz had me well-entertained with her prose and storytelling skills. She creates characters that are interesting and memorable. The fact that Natalie doesn’t seem normal makes her an even more interesting character to follow. The plot is well-imagined and executed with mastery, with swift and surprising turns to pique the reader’s curiosity on every page. The Romanov Legacy (A Natalie Brandon Thriller) by Jenni Wiltz is great entertainment for fans of thrillers and mysteries. 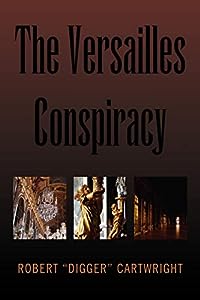 Reviewed By Tracy A. Fischer for Readers' Favorite

When building inspector Max Spalding dies in a terrible car accident, something just doesn’t seem right. Detectives Graisco and Wickland, assigned to the case by the local Myrtle Beach police department, quickly realize that his death was no accident. And when they start to look into what really happened, they realize that they're in for more than they ever expected. In an investigative novel that leads from the highest echelons of Myrtle Beach’s elite all the way to a Russian crime syndicate, The Versailles Conspiracy by author Robert “Digger” Cartwright leads the reader on a wild ride of mystery, suspense and action, from its beginning all the way to its exciting end.

Digger Cartwright’s new book kept me on the edge of my seat throughout. A fantastic police procedural, the descriptions, explanations and backstory provided make it difficult for me to believe that Mr. Cartwright doesn’t have a background in investigation himself. The plot is engaging and complex enough to keep even those who are tired of mysteries and thrillers to stay involved. The development of the characters is fantastic; you’ll find yourself rooting for Graisco and Wickland, and despising the Russian Vladimir Stratavynski as well as the other unsavories this book reveals. The Versailles Conspiracy is much more than a simple story, and would appeal to any reader who loves mysteries, detective novels, police procedurals, action/adventures, political intrigue, or just a plain good book. This was the first novel of Robert “Digger” Cartwright’s that I’ve read, but it certainly won’t be the last. I can’t wait to see what he comes up with next!