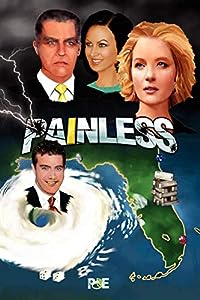 Our story begins with Augustus "Aug" Valentine, the President of Trove Import-Export. Aug is mugged. The culprits make off with the precious jewels he smuggled into the country. The event draws Aug deep into organized crime. Basically they want to do him in.

Painless is not a quick read. The plot is complex. There are many subplots and characters all taking place at once. Bill Poje is a master at multitasking. He successfully brings the plots and characters together to create a mystery that will keep readers on the edge of their seat. Poje refers to his book as modern noir genre. This is the perfect description of Painless for Aug finds himself embroiled in what seems to be a hopeless situation. He has to overcome the force threatening to take him down. I know a good book when I read one and this book is not good it is great. Aug is an exquisite character. He is handsome, a slick ladies man. He thinks fast on his feet.

Poje has included a sexy bombshell named, Jocelyn. The intimate scenes are steamy. Ah, but he doesn't stop there, Poje includes a hurricane. This book is fast paced and will keep readers eagerly turning the pages. This book contains a lot of sex, violence and adult language. 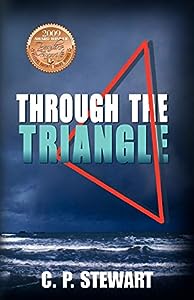 The Bermuda Triangle has long been an unsolved mystery. C.P. Stewart begins, Through The Triangle with the murder of Allen Cranston by Manny Contraldo. Manny heads on a deep sea fishing expedition in hopes of escaping the police.

Manny along with the other passengers, Mason Bankowski, Captain of the Oblique View and his first mate Juan, Jake and Nathan Meyers encounter into a freak storm which sends them over 300 years into the future. They must work together if they are to survive. Jake is very intelligent and seems to catch on to what is happening faster than the others. They meet mutant animals, half human/half animals, large ants and other dangers. The biggest danger may be the killer in their midst.

It has been a long time since I read a science fiction book that captivated me the way Through the Triangle did. It has elements that intrigue me time travel and the Devil’s Triangle. The main characters were well developed. Some of the secondary characters could have used some fleshing out. Stewart did a terrific job of imagining the technology of the future. Is this what we have ahead of us? 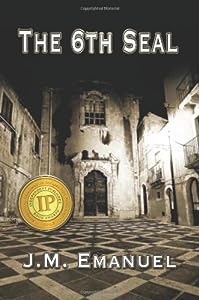 J.M. Emanuel's look at the future follows three believers as they resist the anti-Christ; who is leading a new world order. In this version of end days, the elect are not raptured out before the tribulation. Daniel, Revelations, Isaiah, Malachi, etc are all prophetic books of the Bible. They warn us of what is to come in the last days. J.M. Emanuel shares with readers his vision of what the future may hold.

Many authors have recently attempted to share a contemporary account of the future. The Left Behind Series is one such attempt. While I enjoyed that series, I felt they lost focus toward the end of the work. The 6th Seal is a much darker look at the future. While Emanuel follows Biblical prophecy, he does with a different perspective than most authors. Emanuel's former military expertise shines through in this version of Armageddon.

There are three views (that I know of) regarding the rapture. 1. Pre....The Left Behind Series focuses on this theory. 2. Post 3. Mid...this is the theory. The 6th Seal is based on. I do not know which theory is correct. I hope it is Pre. But I suspect from my studies it will be Mid. Regardless of your belief, this is a great fictional novel with bits of truth built in.