The End is Nigh 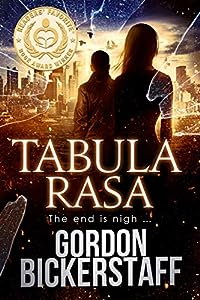 Tabula Rasa: The End is Nigh by Gordon Bickerstaff is a fascinating tale that weaves together elements of thriller with mystery to deliver one of the best entertainments for readers. Two skilled agents from the Lambeth Group, Gavin Shawlens and Zoe Tampsin, are embroiled in a murder investigation that will take them to unexpected places. The government defence scientist has died in very bizarre circumstances and the agents are just about to start an investigation to find out why, but it seems someone wants to stop them at all cost and they don’t know why. Read on to see how quickly the conflict escalates, with Zoe’s discovery of the coded phrase “Tabula Rasa” and the incomprehensible behavior of the son of the dead scientist. As the duo continues with the investigation, Gavin will have to face the greatest threat in human history while Zoe is shocked at her own discovery about Gavin. And what does a prophecy dating back a hundred years have to do with all of this?

Gordon Bickerstaff’s book is a thriller with a very complex and multilayered plot, a story that features compelling and well-developed characters. The storytelling skills are impeccable and the author has managed to keep the reader turning the page non-stop, wanting to discover what happens to the characters. Surprises are many and they come in at unexpected moments. The story feels real and it is relevant, dealing with great themes like climate change, crime, and human greed. I enjoyed the portraits of the two investigators and I loved the surprise they experience at discovering each other in the process. Tabula Rasa: The End is Nigh is a captivating story that will delight fans of thrillers. I just couldn’t stop reading this amazing story. 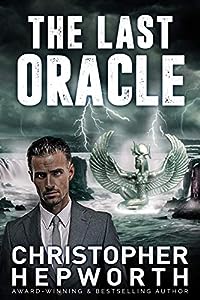 The Last Oracle by Christopher Hepworth is a conspiracy thriller, the third in the Sam Jardine series. Rex Dangerfield’s fracking company is aiming to tap into a gas seam in the Greenland ice shelf, a move that will cause untold damage to the environment and the climate. Dangerfield has an enemy though, the one person that will stand in his way and stop him from causing disaster – his daughter. Her mother was Egyptian and she is the Oracle of the Temple of Sekhmet; her job is to stop people like her father from destroying the world. Sam is recruited by the Oracle to try to change the way her father works but something else is standing in the way. A secret society will reap huge profits from the destruction and they will do whatever it takes to remove Sam from the equation. As events escalate, Jardine has to fight his way through corruption, past every person who will gain from the epic disaster about to unfold. Can he stop it in time or is the world about to be destroyed?

The Last Oracle by Christopher Hepworth is a frighteningly real story. Although it is the third of a series, there was enough information provided about the main protagonist so that not reading the previous books did not affect my enjoyment of this story and I believe that this could easily be read as a standalone. We are all aware of the climate changes happening across the world and we are all aware that some of it is down to the way we abuse this planet, stripping it of natural resources and forever changing the delicate balances in place. Both the story and the characters have real depth to them; the action starts from page one and continues right to the last page. The detail in the story is excellent, making for a novel that is real, compelling and truly engaging. It moves fast but never loses sight of the main issues, even through the many twists and turns. Great book, highly recommended for anyone who wants to lose themselves in an epic thriller. 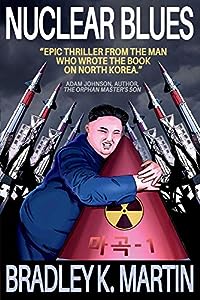 Nuclear Blues by Bradley K. Martin is a tightly written and pulsating political thriller with a captivating setting in North Korea, riddled with espionage, shady activities, and a world where nothing is as it seems. Meet Heck Davis, a journalist who has embraced a new career as a blues musician. But suddenly his friend is shot and everything changes. He goes back to hunt the shooter, but in a world filled with uncertainty, where any passerby could be carrying a bomb, can he stay safe and find answers to the riddle that haunts his mind?

Bradley K. Martin’s Nuclear Blues is cunningly crafted and the action builds up around the growth of the protagonist. Heck Davis evolves in many ways throughout the narrative and readers will be stunned at how the author creates a powerful link between the conflict, the protagonist, and the setting. This could be a story about strong and compelling characters seeking answers, but it is a powerful statement about the socio-political landscapes and the darkness that invades North Korea, a daring story that is as unnerving as it is engrossing.

Bradley K. Martin has the gift of making readers feel a place and fall in love with his characters. The writing is top-notch and the overall writing is deft and balanced, with powerful and emotionally intense scenes, thrilling moments of action, and twists that readers won’t see coming. The “aha” moments are many and the thought that something could happen at any moment invades the reader’s mind. I was so engrossed that I read the whole story through the night. An awesome read. One of the best thrillers I have read so far with an international setting. 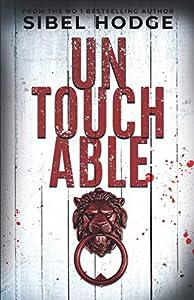 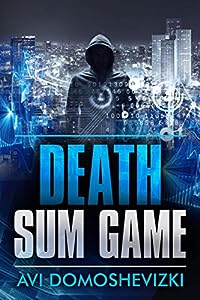