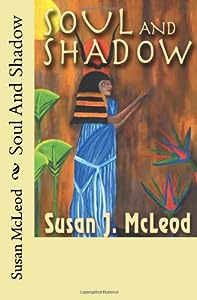 Soul and Shadow is the story of Amisihathor, a songstress in the temple of Hathor who, though she was buried along with her husband in his tomb, was in love with another. As Lily Evans, a research assistant views the exhibit of Amisihathor, she meets an older lady, Dame Ursula Allingham, and has the most interesting, but somewhat strange, conversation with her. Ursula tells Lily the story of Amisihathor and wants Lily to help solve the mystery of something that happened so very long ago. Follow Lily on her journey as this exciting, and sometimes dangerous, mystery unfolds. The author wonderfully blends the past and present, love and romance, mystery and history to give us a most intriguing story that will keep you on the edge of you seat until the mystery is solved. The surprising twists and turns as the story comes closer to an end will make this a most fascinating read.

This book is not my usual kind of reading, but I did find it a pretty fast-paced, interesting mystery and love story. Being the author's debut book, I was impressed by her ability to tell a story as a seasoned writer. The characters and dialogue were interesting enough to keep the book flowing nicely. I will have to say I didn't find the cover very appealing. A more striking cover designed more to fit the story would capture the interest of readers. Both young and older readers who enjoy ancient Egyptian cultures will enjoy this book.

Legacy of the Gray Ghost 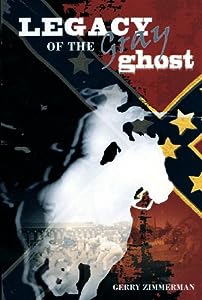 Legacy of the Gray Ghost is Historical Fiction. A rather large prologue tells the true story of the legendary John Mosby, leader of a band of Confederate cavalrymen on daring raids deep behind Union lines during the Civil War. His fame came from his ability to strike quickly and then seemingly disappear, earning him the name of the Gray Ghost.

The book turns to the story of how one of Mosby's Raiders, at the end of the Civil War, goes on to found a family that becomes very successful and then establishes Mosby University in Virginia in 1908 in honor of the old Gray Ghost.

Much of the story takes place in 1958, the 50th anniversary of Mosby University's founding, and features the very funny behavior of the students and the football team, which had been floundering and was on the verge of being canceled.

Readers of historical fiction, humor and football will enjoy reading this story and will cheer the Mosby Raider football team during the historic 1958 season.

As a lover of history, I was pleased to read the opening of this story. I was then pleasantly surprised when the story turned to more modern days with an excellent look at university life in the 50's. The setting for the story is quite memorable; the characterization is first rate and the dialog spot on. I particularly appreciated the humor as I read through the exploits of the football team. The author managed to capture the essence of college life in the middle of the century. Well done. 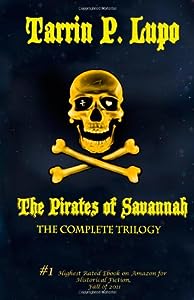 This book also comes in an audio book. This review is of the paperback.

Recently at a book fair in South Carolina, I had the honor and pleasure of meeting Tarrin P. Lupo, author of Pirates of Savannah. How could I not approach his table when he was dressed in a pirate costume? When he asked me to review his book I was thrilled, not only did he ask me to review the written copy but also the audio copy. I enjoy historical fiction and it is even better when a few facts are thrown in.

In this stunning account of pirates the reader is transported back to the 1700s. The plot centers on a group of men and women that were criminals and outcasts. They were tired of living under the thumb of the harsh Red Coats. They wanted liberty at any cost. The brave men and women risked their lives to live as freemen.

I learned a lot of facts concerning pirates. Rulers and governments encouraged and benefited from privateers for many years until it back fired on them. Ambergris, is a gray waxy glob of whale sperm and is worth a great deal of money. Savannah was the first purposely planned /organized city in the south. It is no wonder small pox, tuberculosis and other diseases were rampant, hygiene was not at the top of the peoples list of things to do. Captains of the ships bought prisoners and sold them as indentured slaves/servants; they were forced to sign contracts to serve for 5-7 years. The pirates were very superstitious. When launching a new ship they poured rum on the deck. Black cats were considered good luck, along with dolphins. Keelhauling was the most severe punishment on a ship.

The reader will recognize the names of most of the places mentioned although the spelling might be a bit different in that era. Savannah, St. Augustine, St Simon Island, Jekyll Island, Hilton Head, Myrtle Beach Charles Towne, Cape Fear and the Keys are just a few of the settings for this adventure.

While I very much enjoyed the book and felt the author did an excellent job, I preferred the audio book which is read by the author. He did a wonderful job of changing his voice and intonation with the characters. His female voice left a lot to be desired but I loved his Scottish brogue and the other inflections. The author has included a map of locations included in the book. In the back of the book he lists the facts and fictions of each chapter. Liberty for all is the theme that runs throughout this book. Not only has Lupo incorporated freedom for Scottish, African American, Indians and other nationalities but he also included women. The illustrations are wonderfully done and added depth to the text. At over 500 pages you would think this would be a daunting read but in reality I wanted the adventure to last longer. I found this book fascinating and highly recommend. 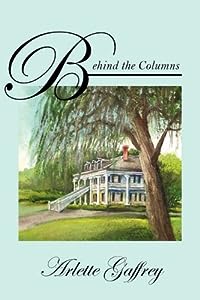 Desiree was only ten years old when she fell in love with Marcel. She was sure the seventeen year old man loved her and would return from France ready to marry her. She was devastated when several years later he returns to New Orleans with his new bride on his arm.

Desiree lived on Chene Vue, a plantation, with her grandfather, a heavy drinker and gambler. His sudden death was a shock. Desiree was in danger of losing her beloved home.

Philippe Jaunet wanted the plantation and saw Desiree a means to get what he wanted. He attempted to force her to marry him. Lance Van Buren was a wealth northern in love with the beautiful young woman. Desiree wanted only her Marcel.

Behind The Columns by Arlette Gaffrey is a story of love, passion, and deception. The characters are well defined. Lance and Desiree play well off of each other. Neither is adept at romance. Philippe is cruel. The characters come to life on the pages of this lovely romance. The plot is well developed and flows along nicely. MS Gaffrey clearly brings to life the charm of New Orleans history. She brings to this book her great knowledge of the area.