Death by the River 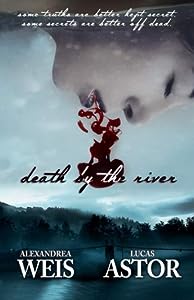 Along the banks of the Bogue Falaya River, sits the abandoned St. Francis Seminary. Beneath a canopy of oaks, blocked from prying eyes, the teens of St. Benedict High gather here on Fridays. The rest of the week belongs to school and family—but weekends belong to the river.

And the river belongs to Beau Devereaux.

The only child of a powerful family, Beau can do no wrong. Handsome. Charming. Intelligent. The star quarterback of the football team. The "prince" of St. Benedict is the ultimate catch.

He is also a psychopath.

A dirty family secret buried for years, Beau's evil grows unchecked. In the shadows of the ruined St. Francis Abbey, he commits unspeakable acts on his victims and ensures their silence with threats and intimidation. Senior year, Beau sets his sights on his girlfriend's headstrong twin sister, Leslie, who hates him. Everything he wants but cannot have, she will be his ultimate prize.

As the victim toll mounts, it becomes crystal clear that someone has to stop Beau Devereaux.

And that someone will pay with their life.

WARNING:Readers of Death by the River will encounter situations of violence and sexual abuse/rape which could be upsetting. 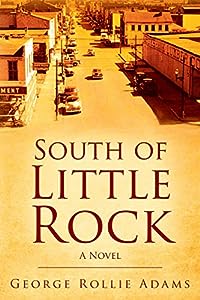 *Next Generation Indie Book Award for Regional Fiction (US and Canada)
*National Indie Excellence Award for Regional Fiction (Southeast)
*Independent Publishers IPPY Bronze Medal for Regional Fiction (South)
*Readers' Favorite Silver Medal for Social Issues Fiction
A powerful story of race, family, and small town life in the South in the 1950s.
When the Little Rock Central High School desegregation crisis sends shock waves across the nation in 1957, widower Sam Tate, a white merchant and councilman with two young children, faces new questions of conscience, belief, and child-rearing in tiny Unionville, Arkansas. Becky Reeves, an unmarried northerner who has come south to teach while hiding a secret past, must decide how to approach current events in her seventh-grade class without getting fired. Gran Tate, a strong-willed woman who likes quilting and helping raise her grandchildren, dislikes blacks and Yankees and fears she may lose everything she holds dear.
Life gets more complicated for all of them when Governor Faubus calls out the National Guard to stop the integration of Central High, President Eisenhower sends federal troops to enforce it, and Unionville editor Preston Upshaw fans the flames of hatred to sell newspapers.
Amid cross burnings, White Citizens' Council meetings, and fervent speculating and sermonizing by townsfolk (white and black) at home, work, and church, Sam questions old ways, Gran clings to tradition, and Becky angers parents and school officials. The unrest brings Sam and Becky together then combines with Becky's secret to stand between them in an emotional journey through a world where love and courage struggle against fear and hate.

The Outlandish and the Ego 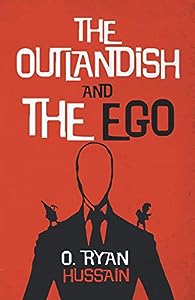 The Outlandish and the Ego is the first in a new genre of literature: political erotica. This wild and comical satire follows two parallel stories that ultimately converge and blend into a new American reality.

One side of The Outlandish and the Ego plays out with the Aide, who relentlessly seeks to maintain his power as he maneuvers his president for reelection. The Aide's ruthless appetite for victory comes to life in the form of wife swapping, partnering with a corporation hungry for war, endless slandering, and so much more. But in order to win, the Aide must survive an evil secret society-the Brethren.

The other half of The Outlandish and the Ego finds Samuel and Roger: two wild derelicts who are running from demon gnomes that nobody else can see or understand. In order to satisfy the gnomes' demands, Samuel and Roger must solve the riddle of "the signal." The two twisting plotlines crash into each other as the fate of the Aide, Samuel, Roger, and the Brethren come to an unexpected and hilarious close.

The Shores of Our Souls 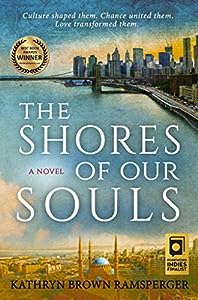 Running from their pasts and toward each other, their secrets will determine their destiny.
Qasim, an Arab Muslim U.N. official fleeing family obligations in 1980s war-torn Lebanon meets Dianna, escaping her rural Southern roots to become a researcher at the Metropolitan Museum of Art. Will their love be enough in this war-torn, conflict-weary world? Ramsperger's debut novel gives an entirely new perspective on the controversial conflicts in our hearts and in our history. 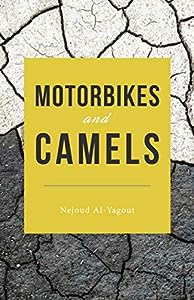 Diverse tales, diverse characters. Sometimes intertwining. There is Salma, facing a spiritual crisis in a country steeped in dogma; Hussam - a billionaire’s son who tries but fails to conceal his gay relationship; Mohammed, a bigamist, grasping tightly to antiquated patriarchal ideals at the expense of his love life; Mike, who adopts cultural appropriation to provide him with a stable foundation when his world collapses; and the remaining characters, one per chapter, revealing the impact of collective thought matrices on the individual and vice versa. Motorbikes and Camels is a timely book that begs the question, offered to the reader by author Al-Yagout, via one of the protagonists, Zayna: Am I who I am because of my culture?

The Lies Between Us 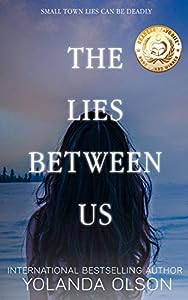 Running away has always been something I'm good at.

I've run far away from home and back again thinking that each time would be the last.

But things are a lot different lately. I've learned that tides turn, seasons change, and sometimes, people do too.

I haven't seen Hoyt Blackburn in a decade because I was so convinced he wasn't worth my time anymore. I guess this is where I've changed since I found out that his execution is one of those inevitable things that life handed him. I can't ever remember him being a bad man, yet I can't shake that something isn't right about what's happening to him.

Maybe it's because I miss him.

Maybe it's because I wanna lay eyes on the man one last time.

Will he remember me? Will he even care? I don't know; the only thing I can honestly say for sure is that there are still some secrets we have left between us that have to be spoken before he draws his last breath. Otherwise, when that day comes, they may have just killed me too. 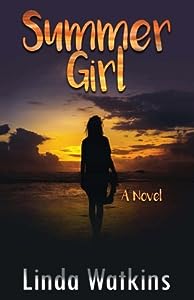 “Does first love, true love, ever really die?” Andi Martin asks herself that question as she sits on the porch of the Sloane Cottage, her mind flooded with memories of the summer of ‘65 and a boy, once loved, but never forgotten. Jake Chambers is also on a collision course with the past as he returns to Cutter Island for the first time in more than a decade. And, as the ferry approaches the wharf, he finds his mind filled with thoughts of a summer long forgotten and a girl destined to haunt him forever.From award-winning author, Linda Watkins, comes a story of love, loss, survival, and, most of all, hope…SUMMER GIRL, A Novel.“…take a deep breath; because Summer Girl isn't formula writing about a summer fling, but a deeper story of coming of age, sexual abuse in families, and methods of survival that enter the picture of a blossoming interpersonal relationship, making Summer Girl an unexpectedly complex read.” ~ D. Donovan, Senior Reviewer, MIDWEST BOOK REVIEW“A heartfelt story of a boy and a girl….it captivated my heart from beginning to end.” ~Patricia Bell for READERS FAVORITE“…a tale of love arisen and somehow – despite vicious betrayal and extended adversity – preserved and growing, creating its own special hope.” ~J. Scott Payne, author of Brought to Battle and The Green Hell

An Exposé on Sex for Money 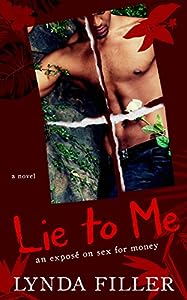 Lie to Me:
an exposé on sex for money

How many lives have been ruined for the pleasure of an orgasm?

Forty-something Layla Duncan, a women’s magazine writer, has a dangerous obsession with men who sell steamy sexual encounters to vacationing women in Puerto Vallarta. She infiltrates the underworld of male prostitution, interviews several men and begins to write a mesmerizing exposé of their lives.

Before long the lines between Layla’s personal life and professional assignment become blurred, and she finds herself questioning her value system in a titillating yet disturbing way.

Sparks fly one night when she takes a break from her writing and meets the sensual twenty-something Mateo at a local nightclub. The charismatic yet quiet young Mexican man seems oblivious to his powerful sexual aura but is immediately turned on by Layla. The one-night-stand turns into sporadic hook-ups, while two emotionally damaged lovers long for something neither can put into words.

Lynda Filler has once again delivered a fast-paced, sexy and sometimes gut-wrenching page-turner that will unnerve you and leave you breathless.
Winner 2018 Readers Favorite Fiction Social Issues

The Limbs of the Mukuyu Tree 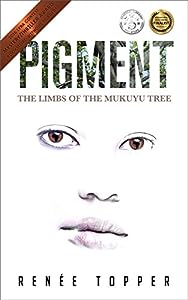 Winner of the LYRA Award

The International Book Award-Winning Finalist in the Fiction: Cross Genre Category
"Superbly written, darkly intriguing and absolutely original, Pigment is sure to build an enthusiastic following for Topper and much interest in her future releases. It is recommended without reservation." -BookViral

"Pigment: The Limbs of the Mukuyu Tree is an extraordinary work about an ongoing societal tragedy. It’s most highly recommended." - Jack Magnus, Readers' Favorite

Young American Aliya Scott travels to Tanzania to help children with her condition. There, people without pigment in their skin are called “zeru-zeru,” it means “ghost,” and they are believed to possess magical powers. When Aliya goes missing, her father sets out on a mission to find her. He soon discovers that she was up to more than teaching the alphabet and handing out sunblock. With each step he learns more about his daughter and a country rooted in ancestry, rich with resources, full of mystery and conflict, and a world of witchdoctors and foreign plundering, with little transparency and less justice. From the shadow of the Mukuyu tree he follows her “ghost” to the head of the dragon in Europe. But will he reach Aliya before it is too late?

Smoke On the Mountains 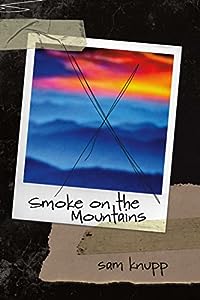 It's 2018 in the regular world, and 1864 just a few miles down Main Street. The civil war uncivilly rages on in heartland America. A great nation is divided against itself. Tearing a few statues down shouldn't rip at the social fabric of a whole country, but after Charlottesville, and that innocent girl being run over - bad things getting worse is only to be expected. Stonewall Jackson sits precariously in the town square, while down in the 'holler' an invading army is encamped. A little girl sets out to find her missing puppy, walking a dangerous path between the past, and the future, and when she doesn't come home a church bell rings the coming storm: what is lost, and what is found is the very meaning of profound. Timberville, VA is ground zero for murder.

The seven-foot tall blind pastor over at the Tastee-Freez Church has seen this day coming in his 'mind's eye'. A dark poem overshadows the Blue Ridge.

The probable, and the impossible are about to collide. Monuments in town squares, and cemeteries will come alive, and God in Heaven will finally take sides. It's getting as cold as winter. Spring is far away. Smoke is on the mountains. A little girl waits to be found.

"Tears fall from heaven; then the Shenandoah do carry them away."