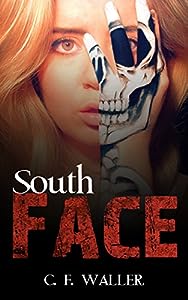 In 1989 Karl Blaine and his wife Fiona traveled to Nepal to climb Mt. Everest with their college friend Zachary. Only Zachary came back alive.

Two decades later, in 2009, a French climbing expedition discovered Karl's frozen remains. Of the five man party who finds Karl, only the Sherpa guide makes it down alive. He brings with him a whooper of a ghost story no one can believe.

When a much older Zachary is notified of this discovery it sets off a dangerous chain of events that puts Zachary and Karl and Fiona's son Derrick on a collision course.

What did Karl have in his possession when he disappeared?
What really happened in 89?
Can what the Sherpa guide reported really be true?

Is Fiona Blaine still entombed at the top of the world?

Any resemblance to actual living persons is accidental, but if the shoe fits . . . .

"Unusual and inspiring . . . something truly strange and
dangerous . . . engaging from the first chapter"
-GOODREADS- 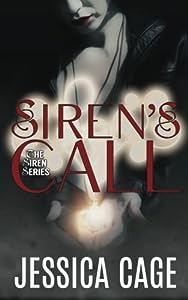 After being snatched from the street and drugged, Syrinada wakes to find herself strapped to a bed with a predator in the next room. In a moment where she might have shut down and accepted her fate, a defense mechanism she isn't aware she possesses surfaces. Syrinanda struggles to understand the turn that her life has taken. What are these new powers and who can she turn to for guidance? Malachi, a long time friend, knows more about her than he's ever admitted. When he witnesses her tapping into this unknown source of power, he steps in. There is more about him that she doesn’t know, and now is the time to pull off the mask. He reveals to her that she is a Siren, but there is much more to her background, darker things, and for that reason she must stay hidden. The call of her newfound heritage is a strong one, and she finds herself incapable of denying her new urges. Now that she has brought attention to herself, they must flee, but how long can you run before your demons catch up with you? 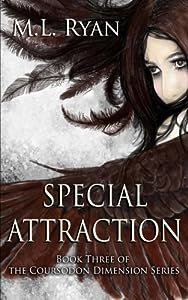 The weirdness continues…. Thanks to a “magical transplant” from inter-dimensional enforcer Sebastian Kess, Hailey Parrish can transform into a hawk. When someone begins dismembering hikers along the Appalachian Trail, Sebastian, and Hailey’s main squeeze Alex Sunderland, make use of her feathery talents to pursue the killer. Unfortunately, like most things in Hailey’s life, there is nothing ordinary about the assignment. Their target turns out to be maddeningly elusive, they rescue a stray dog that makes a sewage treatment plant seem pleasantly fragrant, and stopping the murders turns out to be the least of their worries. Special Attraction, the third book in the Coursodon Dimension series, combines paranormal romance, urban fantasy, a bit of science fiction and a healthy dose of quirky humor. 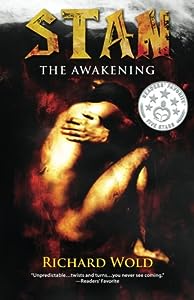 The Devil in Disguise
Ever since he survived a suicide attempt, New York artist Stan Foster has not been himself. Plagued by amnesia and a head full of visions of death and destruction that fuel his ever-more disturbing work, he claws his way through a life he doesn’t recognize in search of his true identity. What he finds leads him to believe he is Satan, spit out from the bowels of hell to live among the mortal inhabitants of earth. Is he delusional, or is there truth behind this troubling revelation? One woman can help him find out. Enter Abigail: lapsed Catholic, lonely city dweller, and psychiatrist with a heart of gold. Meeting Stan makes her question everything she’s believed about faith and humanity for so long, but she must overcome her own troubled background to offer him the redemption he needs—and ultimately wants. 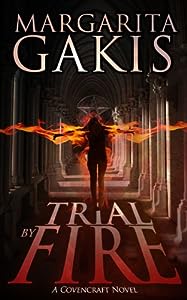 Routine job. Caffeine addiction. No serious relationships. And now, she can spontaneously set things on fire with her mind.

Well... perhaps “normal” was never in the cards for her. As she questions her own sanity and spirals out of control, a man appears on her doorstep and tells her that, like him, she’s a witch.

Pulled in all directions, her unbridled magic draws dangerous attention and Jade wonders if she’s made the worst mistake of her life by joining a coven, or if she’ll even live long enough to regret it. 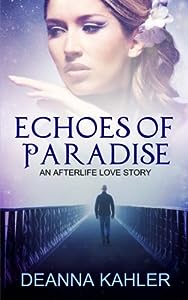 Connor's dead. But she can still feel him. Is it just her imagination or something more? Celeste wants to know. And she'll stop at nothing to find out. A once-aspiring artist, Celeste is going through the motions of life. She's stuck--in a job she doesn't love, with a man who isn't right for her, in a web of painful memories from the past. Adding to her despair is the sudden and unexpected death of Connor, her true love. As she struggles to make sense of the world around her, strange coincidences and mysterious events lead her to question her sanity. When the happenings persist, she wonders if Connor's spirit is trying to tell her something. Join Celeste as she risks her marriage, her career, and her own safety to escape the demons from her past and unravel the mysteries of life and death. With so much uncertainty, there's only one thing she knows: her world will never be the same. 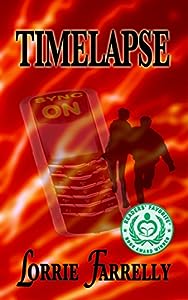 The accidental death of his beloved wife sent Alex Morgan into grief and rage, eased only by a profound bond with his son. Suddenly his life is shattered again when a chance discovery propels him into a world gone horribly, terrifyingly wrong.

Piecing together clues in this new nightmare, Alex suspects a colleague of taking a few, meddling steps back in time, changing the course of history - destroying Alex's family and his world. Desperately clinging to his sanity, he searches for any evidence his young son still exists.
Jessica O'Neil is fighting a nightmare of her own, captured and facing execution for freedom-fighting heroics in her grim, oppressive world. When Alex rescues the feisty young rebel, she resists her dangerous attraction to him - a man who's clearly crazy, literally in a world of his own.

Bound together first by chance and desperation, then by growing purpose, respect, and emotion, Alex and Jessie must depend on each other to survive. More than that, they must find a way to prevent a terrible crime from taking place - a crime that plunged both their worlds into nightmare - over a hundred years before. To have a future, they will have to find their way to the past!
TIMELAPSE is an AWARD WINNER in the 2014 Readers' Favorite International Book Awards and a FIRST PLACE WINNER in the 2014 Cygnus Awards for Sci Fi and Speculative Fiction.

So Fell the Sparrow 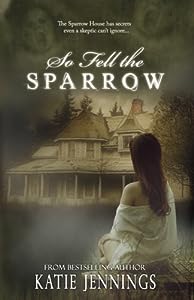 After the tragic death of her parents, Dr. Grace Sullivan inherits more than she bargained for. An empty house she's never heard of, a nosy neighbor, and the restless spirits of a violent, century old murder. A hard-nosed skeptic, Grace refuses to believe in ghosts despite hearing sounds and seeing things that can't be explained. When she unearths antique furniture from the basement, the spirits become agitated and dangerous. Ian Black and Alex Gallagher, a team of ghost hunters, come in to investigate. Still denying the paranormal events in her home, Grace can't bring herself to take the ghost hunters or the psychic medium who teams up with them seriously. As Grace struggles with her grief and the feelings she's developing for headstrong Ian, the disturbing mystery of the house deepens. Now she'll have to face the unbelievable before the spirits claim her for their own.

The Six Train to Wisconsin 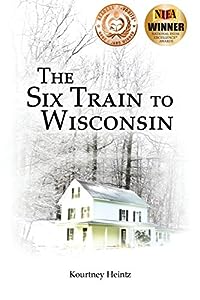 Sometimes saving the person you love can cost you everything.

There is one person that ties Oliver Richter to this world: his wife Kai. For Kai, Oliver is the keeper of her secrets.

When her telepathy spirals out of control and inundates her mind with the thoughts and emotions of everyone within a half-mile radius, the life they built together in Manhattan is threatened.

To save her, Oliver brings her to the hometown he abandoned--Butternut, Wisconsin--where the secrets of his past remain buried. But the past has a way of refusing to stay dead. Can Kai save Oliver before his secrets claim their future?

An emotionally powerful debut, The Six Train to Wisconsin pushes the bounds of love as it explores devotion, forgiveness and acceptance.

Brief Summary: When Kai's telepathy spirals out of control, her husband Oliver brings her to the quiet Wisconsin hometown he abandoned a decade ago, where he must confront the secrets of his past to save their future. 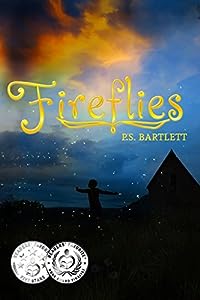 However peculiar Ennis Whelan has been for the first six years of his life, not until the day he found the bird, did the degree of his strangeness become so tangible.

Dr. Owen Whelan and his wife Sarah, both Irish immigrants, have been living the American dream, as well as raising seven bright and expressive children. Their youngest Ennis, however, has since birth, been a bit of a mystery. Ennis was always small, meek and frightfully odd but there is so much more to him than anyone could have imagined. His sister Teagan grows increasingly suspicious of his behavior but their mother dismisses her claims, until the day he starts healing people.When Ennis ultimately reveals the gift of sight, he questions his father about visions of his past, including his voyage to America in 1844. Owen prayed he'd never have to share those tragic memories but he will share them, when he realizes he has no choice. Ennis' life may depend on it.
Contact Author -