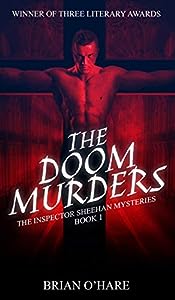 The Doom Murders by Brian O’Hare is a story of a few murders. To begin with, a bishop is killed in a grotesque manner and the only notable clue from the naked body is an alphanumeric word. During the police investigation itself, more deaths of a comparable nature take place. When clues fail to emerge pointing to a plausible theory as to the criminal, the investigators turn to all possible forms of help, one being religious doctrine. With the help of biblical experts, the investigators manage to decode the writings retrieved from the scene of the crime, especially the alphanumeric word and its possible relevance, which leads the police in a totally unexpected direction.

The Doom Murders by Brian O’Hare is mystery at every turn of the page. The painstaking, repetitive and dry nature of detective work in solving a murder is shown in its real depth. To that end, O’Hare writes with a keen eye for detail with his tale evolving at a surprisingly fast pace. The stereotypes that dominate popular crime thrillers, especially these days, are notable by their absence and O’Hare leans toward the human side of his characters, imbuing them with a real world presence that is in turn witty and passionate. This is most evident in his lead, Jim Sheehan, who in his introspection wrestles with the conflicts of faith as his investigations progress. It’s a cleverly contrived and highly thought provoking plot. A great crime thriller and an enthralling read. 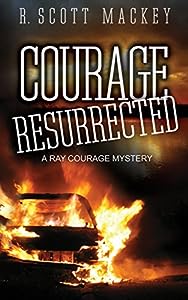 Courage Resurrected: A Ray Courage Mystery is Book 3 in R. Scott Mackey's Ray Courage Private Investigator Series. November 11 is a tragic anniversary for Ray Courage, despite it being 13 years after the fact. He's never stopped wondering about the death of his wife, Pamela, on a quiet road in the small Delta town of Freeport bordering the Sacramento River. This anniversary is disturbingly different, however, as he's received an e-mail from a sender identifying herself as Pam1111. In it, she accused him of trying to kill her and promised to exact vengeance upon him. Ray's efforts to keep himself from daring to dream that his wife might still actually be alive spur him on to investigate the tragic accident once again. He's not the only one wondering about the circumstances behind the fiery car wreck. Detective Carla Thurber of the Sacramento Police Department has her own questions about whether the former detective on the case fully investigated it.

R. Scott Mackey's private investigator novel, Courage Resurrected: A Ray Courage Mystery, is the third book in this series, but this story works quite well as a stand-alone mystery. Ray Courage's background as a former college professor lends a somewhat intellectual air to his present career as a private eye. As his friend Rubia likes to say, when he's nervous, he starts talking like Shakespeare. This literary dimension doesn't stop him from sleuthing with the best of them, even when the case is very, very personal, as it is in this book. Mackey's characters are well-developed and multi-dimensional, and his plot moves at a breakneck pace. Courage Resurrected is a compelling and highly entertaining story filled with mobsters, gang members, and a host of other personalities, that also has an inspired mix of action, strategy, and humor. It's most highly recommended. 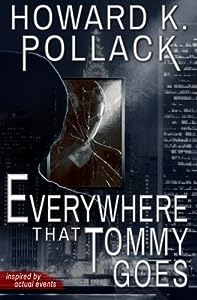 Howard Pollack has conceptualized and developed a brilliant suspense novel in Everywhere That Tommy Goes. The author introduces us to Tommy, a seemingly ordinary fellow who suffers from intense migraine headaches. Tommy gets into a fight, only to be rescued by his new friend Troyer. But when a bartender turns up murdered, Tommy becomes the prime suspect. Gradually, he begins to question the actions and motivations of the engaging Troyer Savage. The man has an Aussie accent and can charm the skin off a snake and yet, Tommy is strangely attracted to the man. And then, another murder takes place and Tommy wakes up to find himself covered in blood and on the run. As the police begin to build a strong case against Tommy, Troyer disappears and Tommy begins to question his own sanity. He is unable to separate the nightmares of his own reality from the possibilities of an experimental drug which tend to skew and blur the lines of fantasy and reality.

This is a beautiful psychological mystery in which reality and paranoia produce an increasingly more intense plot. Tommy's character is wonderful in that the reader will sympathize with the man and be suspicious of him at the same time. The plot is developed with intrigue and precision and author Pollock comes off like a skilled story surgeon in command of the scalpel. Even when you get the clues, you're not sure what they really mean. Everywhere That Tommy Goes will keep you guessing until the very end. And then, you will have to guess again. 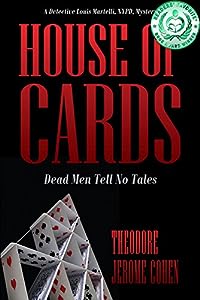 House of Cards by Dr. Theodore Jerome Cohen is the second of Cohen’s novels featuring NYPD Detective Louis Martelli. When a prominent philanthropist and CEO of a major Wall Street Investment firm is gunned down in Times Square, Martelli is assigned to the case. For reasons not yet clear, the FBI suddenly appears on the scene, demanding NYPD turn over the case to them. The Mayor and Police Commissioner reject the FBI’s ‘request,’ agreeing only to work cooperatively with them. As more bodies begin to turn up, Martelli discovers the common denominator linking the murders. When he learns the FBI is withholding information, Martelli wisely decides to not trust his FBI contact, and moves ahead with the investigation. But this time, he might have bitten off more than he can chew. He’s making some mighty powerful people angry and some of them will stop at nothing to get their way. There is an excellent chance he won’t live to the end of the book. Will this be the final Cohen story featuring Martelli?

House of Cards is another gem from the brilliant imagination of Dr. Cohen. As with his other novels, Cohen valiantly researched the background setting for House of Cards, tying fact and fiction together in a manner that can only be described as genius. I do have one complaint, though: Detective Martelli is only a part of the fiction. America could use a few Martellis right now. In that vein, I zealously urge you to read House of Cards, as well as Cohen’s other novels. The facts behind the fiction need to become widely known. Dr. Cohen’s exceptional Martelli novels are a most enjoyable way to learn those facts. Somebody needs to be held accountable, and you, the reader, can help make that happen. Read House of Cards by Dr. Theodore Jerome Cohen, and tell your friends to do the same. They will thank you. 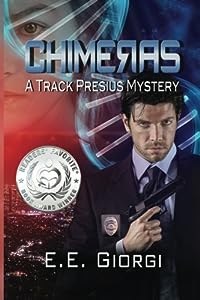 After yet another shooting while on duty, Track is under the microscope again. This time it’s knocked him down from his dream job of robbery and homicide detective to investigating a missing person’s case. Huxley is a girl with a lot to stick around for, but when she simply vanishes without a trace (only to have her car turn up at a murder scene) there’s definitely something going on. Fortunately for Track, that means his missing person’s case just got a whole lot more interesting and he’s determined to find out what happened to her. Chimeras by E.E. Giorgi is a story of more than just adventure because Track has other secrets in his past, secrets even he doesn’t fully know.

Track is an interesting guy. He’s funny, he’s friendly (to most people, anyway) and he’s in love with his job. He’s also determined to do a good job every time he takes a case, even when it’s not a case he wants. This book drew me in immediately because that’s how fast the action and adventure begins … immediately. Your heart will be pumping a mile a minute as you read this book and you’ll be amazed at every turn of the page. The adventure doesn’t stop and the characters just keep getting better and better. Chimeras will show you there’s more to police work than meets the eye and no case is truly ‘simple’ after all. E.E. Giorgi definitely has a star with this one. I can’t wait to read more about Track. 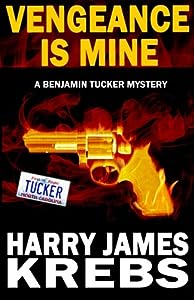