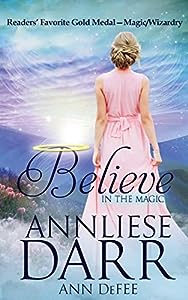 Believe (Irish Enchantment Book 1) by Annaliese Darr is a southern fiction novel that would appeal most to a mixed audience of young adults and adults who enjoy magic, romance, and coming of age stories. Springen O'Flaherty has always been different with her ability to see the auras of those around her and later with the development of psychic abilities. That difference has always forced Springen to hold herself back from other people due to her fear of what they would think of her. Yet, that all changes when she meets district attorney Jed Collinsworth and she finds she wants to share all of who she is with him. Will Springen be able to overcome her need to keep her abilities locked away, and embrace them and share them with the man she loves?

Believe (Irish Enchantment Book 1) by Annaliese Darr is a well written book filled with beautiful figurative language and a story that I could not put down. This book ended up being unique in that it is a true blending of multiple genres with no single genre being more prevalent than another. The author seamlessly combines psychic abilities, romance, and coming of age genre elements together in a way that made the story seem so realistic. Springen O'Flaherty was by far my favorite character and I felt that I could truly understand why she found it so hard to share parts of herself with Jed. Yet at the same time there were moments when I just wanted to yell at her to tell him already and that he would still love her regardless of her abilities. Overall, I found this book to be a compelling read and I would love to read more about Springen O'Flaherty in the future! 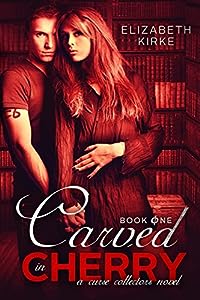 Carved In Cherry, the first in the Curse Collectors Series by Elizabeth Kirke, had me spellbound from the first page to the last. For three sisters, the loss of an aunt they hardly knew is sad, but worse it's an interruption of their busy lives. What starts as a frustratingly necessary task of sorting through their aunt's antique shop quickly turns into one mystery after another. The antique shop is not only enormous, it seems to be full of odd sounds and sights and is starting to make the sisters question everything they thought they knew about their family, themselves and their plans for the future.

No better book to grab on a stormy night. Carved in Cherry by Elizabeth Kirke was nothing short of an enchanting story best paired with a blanket and cup of coffee because you won't be able to put it down until you've finished. The sisters are lovely and intelligent; I couldn't help but want to join them for a day of exploration in their antique shop or a day spent shopping in town. The storyline was so well defined and each character fitted that storyline so well that I never noticed how short the list of characters really is. I appreciated the author avoiding extra and unnecessary characters as well as a large amount of magic words that I can't pronounce. Anyone who enjoys a good mystery or magic story with a little romance thrown in will fall in love with this book. I'm already searching for the next book in the series. I can only hope there will be many more to come! 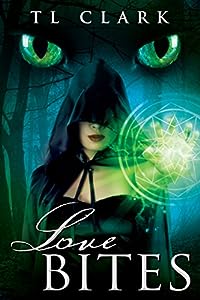 Shakira has never quite felt accepted, or that she fits in anywhere. She grew up never quite getting too close to anyone, and her tall and lanky stature certainly didn’t help matters. This feeling of not belonging drives Shakira to find somewhere she does belong, and so she packs up and leaves home to find her place in the world. This leads her to a small village, though all is not as it seems. Shakira will learn things she never knew and her life will change in a thrilling way with a twist at every turn. Will she be able to find the place where she belongs? Or will she be forever searching? Follow Shakira throughout her journey in Love Bites: Darkness & Light Duology Book 1 by TL Clark.

When I was searching for a romance-themed book with a fantasy type twist, this book hit just the spot. There are books that you can just idly read through and those that demand to be read in one sitting and, if you do manage to put them down, they haunt your thoughts until you pick them back up. This is one of those books. TL Clark is a mastermind with this story, drawing you in with a relatable character and then keeping you hooked with an intense story that has plot twists at just the right times. The characters are very well rounded and develop beautifully along with the story’s plot. It is just perfect for those searching for a good story with a bit of romance. I highly recommend Love Bites, considering I just finished the first book of the duo and I have already purchased the second one to read once I finish this review!

The Ardent Halo, Book I 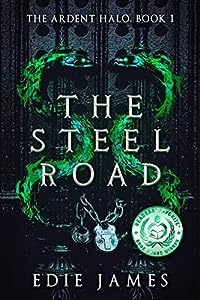 The elves didn't believe in an afterlife; you were either dead or alive. So when Dreyah, the prophesied human/elf crossbreed whose death would spark war, was found murdered by some magical ritual, the thought of her returning had not been imagined. But death did not want her, yet. It was not her time, and thus it rejected her, sending her back to the living. Thoughts of the two bloods within her, giving her two lives, surfaced to explain away the strange phenomenon, but she had not been convinced. Dreyah knows she must avenge her murder, and seeks to find her place. She is both elf and human, and also the spark of war. She must choose a side, choose with which blood her loyalties lie.

The Steel Road by Edie James is the first book in The Ardent Halo series. It is a complex coming of age tale ripe with politics, agendas, deception, and magic, both made by machine and nature. Houses and factions are driven by their own beliefs, and the guidance of The Four and their chosen. But even those thought to be touched by the divine are not beyond manipulation. The Steel Road is immensely descriptive with impressive world building, along with myth, legend, history and lore. Magnificent scenery will leave vivid impressions, while alliances and agendas drive the complex threads of a very involved plot. This world is divided; elf, human, and the space between where war once raged. Each side is different, each side has its own levels of development, and the contrast makes for a fascinating transition in what I would have to call a steampunk high fantasy cross.

Engaging, immersive, and very much alive, this is a tale you won't soon forget. For readers who find it difficult to follow houses and alliances, there is a short comprehensive appendix at the end, ideal if you plan to read it over a few sittings and become hazy on some of the details. A strong first book in what promises to be a fascinating series. 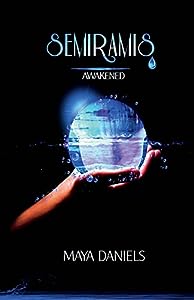 Awakened by Maya Daniels is Book 1 of the Semiramis series. Alexia hasn’t had much of a life; an awful boss, a neighbor from hell and a past she doesn’t want to dwell on. And she keeps dreaming about her own death. Now she is being hunted by, of all things, warlocks. A car accident puts her in hospital where she discovers new powers. And boy is she going to need them! Gods, goddesses, witches, reincarnation and the odd sexual encounter thrown in for good measure and Alexia’s life is about to change. Learning about her destiny and her past lives, Alexia now has to fight for her future but she has a tough job ahead of her.

Awakened: Semiramis Series Book 1 by Maya Daniels is primarily a fantasy story but could also be considered multi-genre. It is written in the first person, from the main protagonist's point of view, and feels much like you are listening to her telling you the story, living it with her. The story begins with a monologue but soon moves on to a roller coaster ride of epic proportions. There are scenes of a rather steamy nature scattered throughout, a few violent scenes and some language that I would say makes this an adults only book. The story picks up pace very quickly and holds a natural rhythm. The characters are developed in depth, so much so that you kind of feel you know them, particularly Alexia. The story ends in a way that makes you want to read the next book straightaway. Great fantasy story with a bit of medieval history thrown in for good measure.