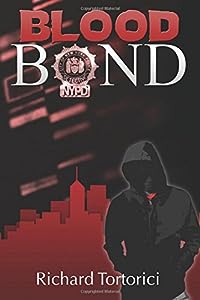 Blood Bond by Richard Tortorici is a vampire story with a twist. Detective Frank Baron is one of the walking dead, aka a Nightwalker. He had specially made glasses, a ski mask and a fedora to protect him from the direct sunlight. Baron was one of the good guys. Stormy witnessed the death of her mentor Glenda; she feared they would come after her next.

Stormy was staying with Baron until the Society could find her a new mentor. There was more than one type of Vampire. There were those born to be a vampire and those that were created. Now there was a third, the most dangerous type of all...Erebus. For many years the Daywalkers, aka normal people, did not know about the Nightwalker. When Homeland Security found out, they came up with the bright idea of creating a group of super fighters. They messed with the DNA of a Nightwalker and turned him into a not so nice vampire, Erebus. Erebus believes he is God and vengeance is his.

Blood Bond is an entertaining read. It has all the elements I look for in a book: suspense, mystery, thrills, intrigue, danger, car chases, murder and a bit of romance thrown in for good measure. Tortorici is a talented author whose characters are multifaceted. Stormy and Frank worked well together; she had an innocence that made her endearing, and Frank was a courageous hero. The plot has twists and turns that will keep the reader guessing to the very last word. This is not your typical vampire story. I believe this is the first book in a new series, and I look forward to the subsequent volumes. 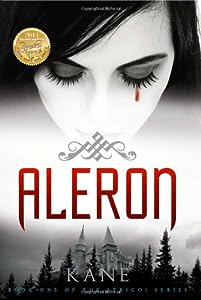 Aleron is a vampire book with a unique approach. The plot is well done. I really cared if Aleron triumphed. The conflict in this book is good versus evil while that is not unusual it was well done and kept me turning the pages. The part I found most unique was following Aleron from fledgling to a mature vampire. There were several aspects of the story that I had never heard of.

The supporting characters were also well done, as they all work together for a common goal, be it good or evil. I could see the action playing in my mind as I read. Blame Kane for my unmade bed and the dirty dishes in the sink. I read Aleron in one sitting. If this book wasn't written so well, I would have gotten my work done! 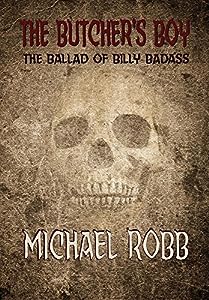 Fall 1984: This story begins with a trial. A man was accused of killing his family. Richard King the defense, attorney cared little whether his client was guilty or not. He took the case for the publicity. The accused (Buxley the Butcher) declared his innocence until death by execution. A year later the attorney was found dead in the home of the accused, William Buxley.

Summer 2011: Janet Hale graduated from nursing school after her divorce. She, her son Michael and their dog Lucy moved into the Buxley house never suspecting the danger that awaited them. The Buxley house was filled with great evil. The home had been the site of great violence. The ghosts of the victims awaited a moment for revenge. No one was immune to the evil lurking there. However not even the ghosts are who they seem. Michael and Maggie, his babysitter, turn to an Ouija board looking for answers.

This book is not your typical horror story. The autho's work can be compared to Stephen King and Dean Koontz. Like their books, this plot takes you to unexpected places. There are twists and turns that keep the reader guessing: ghosts slipping in and out of bodies both living and dead, shadows and bumps in the night are the least of the main characters' worries in this book. Fans of horror will not want to miss this creepy story.

The Curse of Macha 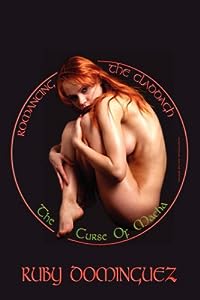 The legend of the mystery is a combination of romance, tragedy and triumph. It originates in a small fishing village. The week before Richard Joyce’s wedding to his sweetheart, he was kidnapped and taken to North Africa by a slave trader. He was taught the trade of goldsmith. He designed a beautiful gold ring for his sweetheart, two hands clasping a heart. Years later he was released from bondage, returned to Ireland to find his sweetheart had never married. The ring represents love and loyalty. Ruby Dominguez writes as though this is a screen play. The scenes fade in and out, giving the reader just enough information to know the horror taking place. The opening setting is Salem during the 17th century. Fear at a high as neighbor accuses neighbor of practicing witch craft.

The Peruke Maker daughter is accused of being a witch. She has beautiful red hair. Never once does she admit to practicing the black arts. If she had her life might have been spared. Her hair and scalp are pulled from her head. He father creates a wig and a curse.

The second part of this book is current. A woman has a car crash that leaves her disfigured. Her lovely read hair is gone. She answers and ad in a paper concerning a wig. It quickly arrives at her door. The wig gives her confidence. At night in a dream like state she goes to bars and seeks out victims.

This is a good Halloween tale.