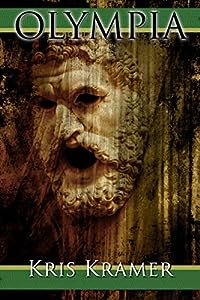 In the late 21st century, economic and religious upheavals led to widespread unrest, and then to a devastating world war. As cities began to disappear from the map, salvation came from the most unlikely of sources - the gods of Olympus, Zeus, Athena, Apollo, Ares, all recently returned to earth to save humanity from itself. Stunned nations quickly became ardent supporters, following the Greek gods in their pursuit of a new way of life, a rebuilt society in which old borders and beliefs no longer exist. A society they called Olympia.

Nearly five hundred years later, Anthony Kensom lives in the nation of Athens with his aunt and his domineering grandmother. The early loss of his parents, and his struggles since have made him an outcast, and angry at the gods who have let him suffer. An incident at school leads him into the Athenian Army, where outcasts thrive, and Anthony finds his true calling as a commander and strategist. Thrust through the ranks by skill and by fortune, he leads the soldiers of Athens into the glorified bloodsport they now call war.

But his new glory is short lived. Anti-Olympia rebels known as Faithless seek to undermine him for their own purposes, using his past in an attempt to turn him against the gods. Olympia is a cage, they protest, and the more Anthony fights against their message, the more he begins to see the chains that keep him shackled.

When The Dragon Roars 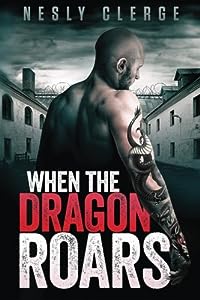 Secrets and lies force their way to the surface in Nesly Clerge's newest novel of deception, crime, and buried history. Frederick Starks thought he'd already lost as much as one man could: A beautiful family, the luxurious life wealth provides, success, admiration--all stripped from him in one moment of madness that resulted in a fifteen-year sentence in a maximum security prison. Certain that life has gotten as bad as it can get, Starks contrives a way to rise to the top of the inmate hierarchy. But his assumption is wrong. Amid stunning revelations, betrayals, and violence, Starks faces one challenge after another, until a life-altering event forces him into the most brutal confrontation of all: the truth about himself.

When The Serpent Bites 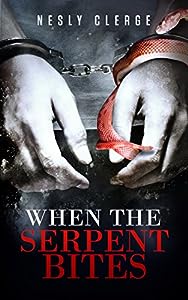 
Frederick Starks has it all—a gorgeous wife who was his high school sweetheart, three beautiful children, a mansion and cars others envy, millions in the bank, respected in his community, admired by his employees, loved and respected by loyal friends. He revels in the hard-earned power and control he’s acquired. As the saying goes, “All that glitters is not gold,” which Starks discovers when gut-wrenching betrayal by his wife sends him over the edge and into a maximum security prison. There, Starks is a new “fish,” stripped of nearly everything he’s always relied on. In that place, where inmates and guards have their own rules and codes of conduct, Starks is forced to face the darker side of life, and his own darker side, especially when the betrayals, both inside and outside the prison, don’t stop. He must choose which path to follow when the line between right and wrong becomes blurred: one that leads to getting out of the physical and emotional hellhole he finds himself in or one that keeps him alive.

Visit our website at www.clergebooks.com and join our newsletter. Sign up and take advantage of our free books, new releases, author interviews, and much more. 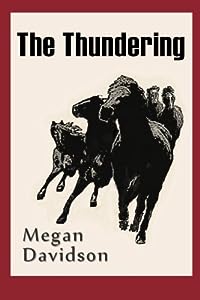 WHAT IS “NORMAL”? That question consumes psychologist Cathy Morgen when she takes on the case of a devastated teenager named Joseph. In the spring of 1961, Cathy receives a distressing call from the director of Summerhaven Mental Hospital in Portland, Oregon: They need her expertise. Over her husband’s angry protests, Cathy drives to the asylum, where she observes a bizarre sight: a kicking, neighing boy behaving exactly like a panicked mustang. What horrors, Cathy asks herself, have caused Joseph to give up being human? Thus begins Cathy’s heart-wrenching quest to unravel the mystery of the talented, traumatized “horse-boy”–and in doing so redeem herself for failing to save a similar young patient. Many people are working against her, including an arrogant chief psychiatrist, a doctor who favors a host of barbaric “therapies,” and her own spouse. Near escapes, brilliant insights, shocking confessions, and unthinkable betrayal will all play a role in helping Cathy discover the true meaning of “normal”…and the key to healing Joseph’s broken psyche. The Thundering is a haunting and uplifting tale of brutality and compassion during the darkest times of America’s mental healthcare crisis.

An Absence of Faith 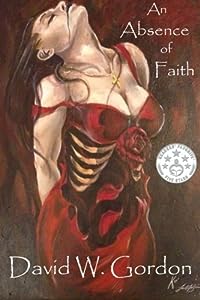 A young woman is viciously murdered in Queens. The killer has left every indication that this will be the first in a long reign of terror. Detective Kate Manning is hunting the elusive butcher while desperately trying to decipher his message. Following the trail of blood, Kate will be pushed to her limits, as she is drawn into an age old battle that challenges what it means to have faith in God and in man. 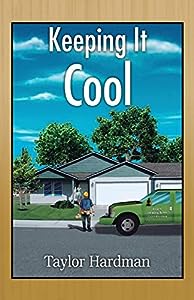 Bill Evans feels his life plan is on track. He has his own heating and air conditioning company in the hot California town on the banks of the Colorado River. He has enough work to survive if he keeps expenses down. The repairs and upgrades on an old house he bought at auction are coming along. Then, a box of old letters sends him on a detour. A beautiful young history teacher offers to help him research the events described in the letters and learn more about the soldier and the young woman who had dreams of their own. Soon there is more than just research involved. Having your own business is never easy, certainly not in a tight economy, and complications are soon multiplying. Can Evans meet all the challenges and still find time to follow his heart? 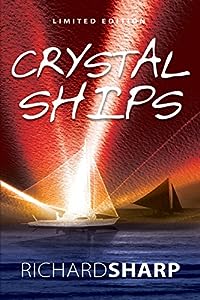 Sharp spins an epic tale that starts back in the heady days of the Kennedy administration, when Camelot appeared as a shining beacon of hope for all Americans.

But as the years tick on, riots, assassinations, drugs, gender conflicts, and the Vietnam War come crashing into the country’s consciousness.

Through it all, seven very different individuals live out their lives against the backdrop of these monumental events, unwittingly encapsulating the spirit of the time. From a youthful striver from Boston’s Irish working class inspired by JFK, a Harvard-educated, would-be poet of the drug culture, and a dedicated Vietnam War volunteer, to an abused aspiring dancer and her repressed girlfriend, a conflicted housewife-career woman and a South African exchange student following the American dream—each individual carries the burden of the times.

A companion piece to Sharp’s prize-winning novel, The Duke Don’t Dance, the newly released Crystal Ships ultimately stands as a novel for its generation that is simply breathtaking in scope. 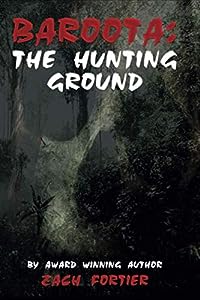 “Baroota” is a fictional tale of Nick Hudson a retired and aging cop attempting to get in one last mission to make a difference. He gets sucked in to an “off the books Black Ops mission” to rescue victims of Human Trafficking being sold into sexual slavery. He meets Nõnkos Zia or Nõn. A woman born in South Africa and herself a former victim of Muti-medicine, a type of medicine still practiced in South Africa that weaves the occult and human sacrifices into the locals belief system. She is also a victim of human trafficking, from which she barely escaped after taking revenge on her captors. They are outsiders in a dark twisted tale of deceit, lies and double crosses that take them to the “Darien Gap” of Panama, one of the most remote areas in the world to hunt human traffickers. 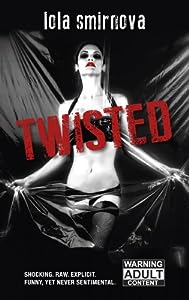 Inspired by real life events, Twisted is a fascinating story of vulnerability, courage and the art of making a living in the sex trade...

“A gripping and mature story deftly woven by Lola Smirnova, "Twisted" is the kind of suspense novel that will linger in the mind and imagination long after it is finished and set back upon the shelf... "Twisted" introduces an extraordinarily gifted author to an appreciative readership looking eagerly toward her next literary effort.”
- Midwest Book Review

Back in the 90’s, the corrupt post-Soviet Ukraine with its faltering economy, is thrown into a devastating depression. Times are hard. Opportunities are scarce.

Three young and eager sisters – Natalia, Lena and Julia - dream of a better life and weigh their options: do they stay and struggle like their parents, or join scores of their compatriots in the sex trade in glittering western European cities, who earn in a night what they’d take several months to earn at home? Naive and tempted by the allure of 'quick' money, the girls set off on an adventure that changes their lives forever...

Can they stay out of trouble enough to fulfill their ambitions?

Can they hold on to their idealism in a world where depravity and danger are constant companions?

How far are they willing to go to make a buck?

TWISTED' IS THE FIRST BOOK OF A PLANNED TRILOGY. THE SECOND ONE - 'CRAVED' WAS RELEASED IN JULY 2015. To stay updated about the upcoming book #3 of the series and other news from the author, follow Lola on Facebook - https://www.facebook.com/twistedlolasmirnova or Twitter - @AuthorSmirnova

“Charged with some disturbing sexual scenes (including rape), the book manages a steady, readable flow as it shines a light on the multifaceted world of the European sex trade.”
- Kirkus Reviews

“Smirnova takes us on a philosophical and pseudo-psychological pilgrimage through the sexual underworld as Julia, in first person narrative, describes her struggling introduction into a profession where she can ply the only skills currently marketable.”
- 5 star review from Readers’ Favorite

“I highly recommend ‘Twisted’ to open-minded readers who aren’t afraid of a little blood, sweat and semen. It’s sure to shock and surprise you, with both its storyline and its literary value.”
- 5 star review from Red City Review

“In the meantime, Smirnova hopes that Twisted will raise awareness to the problems of the sex industry… Kudos to Smirnova for an outstanding job achieving that goal!”
- 5 star review from Pacific Book Review

“While the subject matter does not make for a light read, a breezy writing style and Julia’s willingness to fully and shamelessly lift the veil on her controversial lifestyle makes an irresistible combination.”
- IndieReader

“The book is a dark, straight-forward tale of how a young woman becomes a prostitute.”
– Portland Book Review

"TWISTED makes FIFTY SHADES OF GREY look like two little kids having a tea party while pretending to be married."
- The Armchair Librarian

“It is up front and direct; Smirnova thankfully avoids the guileless euphemism that writers with less comfort about sex and sex work use in their sex scenes. It also explores the business with a sensitivity and respect – though not approval – that is rare."
- Foreword Clarion Reviews

“And yet it is through the dark lens of realism that Twisted gains its humanity. There’s never a moment when we aren’t invested in Julia’s plight…”
- Best Thrillers Book Review

How to Grow an Addict 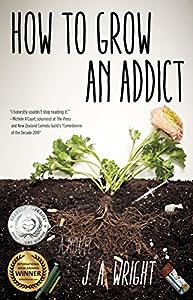 Raised by an abusive father, a detached mother, and a loving aunt and uncle, Randall both loves and hates her life. She's awkward and a misfit. Her parents introduced her to alcohol and tranquilizers at a young age, ensuring that her teenage years would be full of bad choices, and by the time she's twenty-three years old, she's a full-blown drug addict, well acquainted with the miraculous power chemicals have to cure just about any problem she could possibly have―and she's in more trouble than she's ever known was possible.