School bullies stole Solis Burkes innocence when she was a young girl. The incident continues to haunt her for years. After the death of her mother she lives with her grandparents. They do not realize she is extremely active sexually. During college the beautiful young woman has numerous sexual partners. Eventually she came to realize that she was allowing others to use her body. She determines to change her life. Like most young women she dreams for a tall, dark and handsome man to sweep her off her feet. She finds him in Nacio, the vampire. Oddly he knows things about her that she has never shared with anyone. For 257 years he has been working toward his destiny. He has protected her ever since the crucial day she was raped and he will continue to protect her. Nacio has many talents, including, teleportation and the ability to know what Solis is thinking and feeling.

Eventually solis learns that the evil Priestess Auldicia (an evil vampire) is determined to destroy Solis. Solis’ great grandmother had magical power which she used for good. She fought against the evil Priestess. Solis has her own powers she has yet come to recognize.

The boys that raped Solis when she was in the sixth grade are also connected to Auldicia. All of Solis loved ones are in grave danger. She must find within herself the power to fight back.

Embellish is a sexy paranormal romance. The pace is fast. The plot will keep you on the edge of your seat. This book is unique in the current long list of vampire novels. The dialogue in this book is superb. Sloan added plenty of plot twists to keep the readers guessing. Solis is a fascinating character. She is witty and courageous. Readers watch as she matures into a self confident young woman. Embellish is the first book in a new series.

The Love He Saved 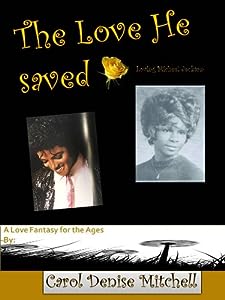 Frankie Mae Tyson was in love. She loved Michael Jackson for as long as she could remember and she had always dreamed of meeting him. One day while driving down the Santa Monica freeway, 20-year old, Frankie saw a large flashy limousine. There wasn’t a doubt in her mind it was Michael Jackson. They flirted as they drove down the highway.

Frankie Mae had never been a popular girl. In school the boys had made fun of her; but, Michael Jackson saw her picture in a vacant store window before he met her and he saw the plain girl in a special light. He cared about her. She cared about him and they were both successful in keeping their union secret from the world. He truly loved her. She had self confidence after meeting Jackson and she made it clear to him from the start she did not want anything but his love.

For many years Frankie refused Michael's attempts to free her from the ghetto. Michael and Frankie were careful to keep their relationship a secret from Oprah and the world, as Michael used doubles to cover for him when he was with his secret love, Frankie Mae. He even surprised her one day when just hours before his famous Moonwalk on Motown 25 he attended her Security Guard of the Month Award ceremony. "As Michael watched me through a peephole that day, I was proud of him for supporting me always as I was stunned to see the determination of opportunists and the media to bring Michael Jackson down.”

”When you love a man as much as I love Michael, death can be a surreal thing to go through. I am not going to take my life; I am going to live my life in memory of Michael Jackson. I am not worried, for he knows that I will be with him one day as I promised.”

When I began reading The Love He saved, I looked back to see if it was based on fact. This book is a work of fiction yet it reads like nonfiction. Frankie’s language bothered me a bit at first. It leans toward street slang. However, the language is necessary for it helps define the character. While on the surface author Carol Denise Mitchell appears to be writing about Jackson, this book is actually a character study of Frankie.

I see two options in this book:

1. Frankie Mae actually met Jackson and had a relationship with him for many years. After all he was a unique character and always did unusual, unexpected ways.

2. Frankie Mae was so obsessed with Jackson that she spent years day dreaming about him. In her mind they actually had a relationship.

I suspect the author will be pleased that she had me guessing and analyzing this much. Frankie Mae’s obsession for Jackson makes the most plausible part of this plot. Carol Mitchell is a talented author and her characters are very life-like. Remember the name Carol Denise Mitchell.

Sharkey and the Parallel Universe 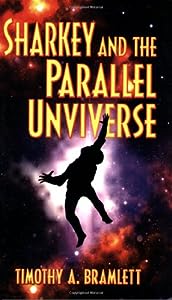 Readers' Favorite Bronze Medal Award WinnerInspector Locknose called Sharkey and his crew together to discuss a new and dangerous mission. He wants them to explore a parallel universe. The trip is only possible in their new ship the PHD. They were soon in great peril.

Have you ever wondered what else is out there? Could there be aliens? Wouldn’t it be exciting to explore the vastness of space? The latest book in the Sharkey series allows readers to explore beyond our universe. Sharkey educates readers in the theory of the existence of other life forms, parallel universes, and the physics of infinity. The characters are exciting and exaggerated. The plot is well developed and exhilarating.

This is the 4th book in the series. Fans of Sharkey will be excited over his return. Timothy A. Bramlett’s Sharkey is sure to please preteens. His adventures are entertaining as well as educational. Bramlett presents teachers and parents with the opportunity to encourage children to read a fun adventure and to explore science.