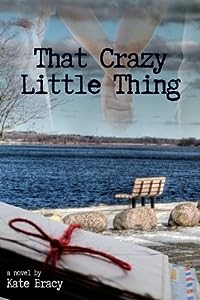 There’s nothing about her life that doesn’t need a little work, so Melanie Davis thinks of herself as a “fixer-upper.” Her history with men leaves her gun shy; her teenaged daughter can’t string two civil words together; her best friend Donna just found out she has a life-threatening illness. When Donna also reveals a decades-old secret that still haunts her, Melanie makes it her mission to solve the mystery and reunite Donna with a precious link to her past – before it’s too late. Along the way Melanie discovers with startling clarity the pricelessness of love and friendship. With a finely-tuned emotional compass, Kate Bracy carries us through a trial-by-illness as funny as it is touching. Her narrator, Melanie, comes to realize the enduring power of love – between men and women, between mothers and daughters, between friends. Through her vivid, endearing characters Bracy creates a small-town world in northern New York where old loves rekindle, friendships prevail, and secret wounds are finally healed. This debut novel will leave you with an awakened heart and a strong urge to send postcards to all the people you love. 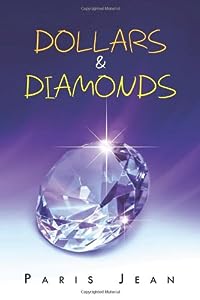 It's Got to Be Perfect

The memoirs of a modern-day matchmaker 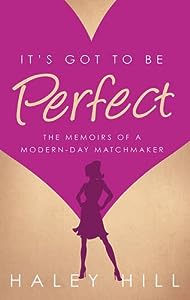 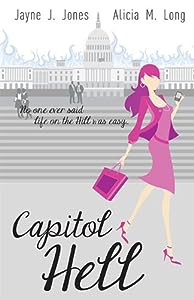 ''Wickedly funny...eye-opening...saucy novel about the crazy co-workers, high-maintenance politicians, and over-the-top entourages that can only be found inside the beltway...a taste of humor from Capitol Hill." - Yahoo! Finance

"Capitol Hell" is worth a good laugh" - Roll Call

''Readers will be particularly fascinated by the authors' antics and the senator's peccadilloes.''
- Minneapolis Star Tribune

"Jones and Long write seamlessly, and ... incidents in the book are hilarious"
- St. Paul Pioneer Press
-
"This off-beat and hilarious novel lets readers see behind the political person and into the life of a rising star in the U.S. Senate." - Northland's News Center

"Addictive...a real page-turner. Who ARE these wacky characters? Obviously written by two women who know of what they speak." - KSOO Radio Sioux Falls

"All the dirt from the Hill in Paperback" - KXAN Austin

When recent college graduate Allison Amundson, a small town girl from South Dakota, lands the highly sought-after job of scheduler to the newly-elected and rising star of the United States Senate, Senator Anders McDermott III, she initially thinks she is on the fast track to success. However, she quickly learns that crazy co-workers, a high maintenance boss, the boss's over-the-top demanding family, and an unexpected Presidential bid make Capitol Hill seem even more dysfunctional than it looks on TV. In fact, it is Capitol Hell.
This off-beat, hilarious novel captures what it is like to work in the United States Senate. Find out how it feels to be a hot young staffer on Capitol Hill when you step into Allison's hot pink high heels, and catch a glimpse of what life is really like ''inside the beltway.'' 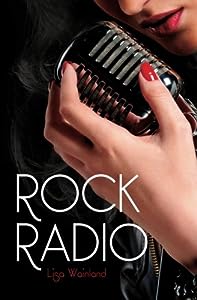 READERS FAVORITE AWARD WINNER
"If you like Jackie Collins' books, you'll love Rock Radio!" - Amazon Reviewer
"This book could be real and showcased on Entertainment Tonight." - StoryFinds
"It had me hanging on until the very last page." - Rebecca McLeod, Readers Favorite

Miami rock DJ Dana Drew, sounds like she has it all...cool career, sultry voice and lots of attitude. Behind the mic, it's a different story. When the guy who was supposed to be "the one" moves out, Dana's life goes into a tailspin. Relationships are the number one casualty of her dream job and this was the last straw. Dana's friend, married drive time DJ Jonny Rock, has always been there for her, but lately his penchant for needy interns is pushing Dana away - and threatening his career. Then Dana meets Cody Blue Smith, the ruggedly sexy lead singer of an up and coming new band. The connection between them is electric, but Cody harbors a dark secret that has kept him from ever having a meaningful relationship. Dana is caught off guard by her feelings and tries to find a place in his crazy rock and roll life. Problem is, she's not alone. Dana is being watched, stalked by a listener who plans to make her his...by whatever means necessary. 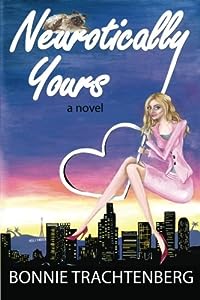 Smart, attractive, and ambitious, thirty-seven-year-old Dara Harrison is, nonetheless, still single—and on sabbatical from dating. Ironically Los Angeles’ most renowned relationship advice columnist, Dara has become a Southland sensation with her “tell-it-like-it-is” approach to the mating game. Parlaying her success into a new business, Dara launches a revolutionary dating service geared for the perennially single and romantically challenged. Its no-holds-barred theme soon makes the company a roaring success, even catapulting Dara onto the national talk show scene—until, of course, it all backfires. With her company under threat and a publicity stunt gone haywire, Dara is forced to join the ranks of her lonely heart clientele, and suddenly realizes that saving the business she cherishes, means facing her lifelong fears—and maybe even falling in love again. Witty, poignant, and immensely engaging, this romantic comedy from the bestselling author of Wedlocked: A Novel features sparkling dialogue, colorful characters, and a story that pulls you in and never lets you go. 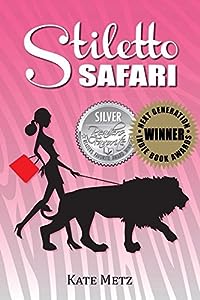 Zara Hamilton has it all – a glamorous New York lifestyle, a gorgeous (and seriously rich) boyfriend and a job as a lawyer in a prestigious city law firm. But when Zara’s boyfriend is accused of insider trading her perfect world implodes. Thrown out of work by security and stalked by the press, Zara’s life can’t get any worse. Or can it? A snap decision (and a few wines too many) sees Zara fleeing to Africa to work as a temporary wildlife volunteer. But just when things start to cool down at home Zara realizes her troubles have only just begun. Will Zara’s designer wardrobe survive? Will a supermodel ruin her only chance at happiness? Can a Birkin bag really solve her problems? And will Zara want her old life back at the end of it all…

Lessons in the Journey 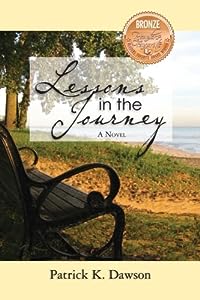 Readers Favorite Bronze Medal Winner - If you like fiction and non-fiction like Tuesdays with Morrie, The Shack, The Notebook, Eat Pray Love, or Message in a Bottle, and if you like a novel that leads to a little soul searching or deep, book club-style discussions, then you will like Lessons in the Journey. Elizabeth Finch is a forty-two-year-old mother, wife, loyal friend, and successful pediatric surgeon living in a northern suburb of Chicago. She is not a person who expects life to throw her into tragedy. She is close to her sister, Rachel, and her best friend, Kate, and has a special bond with her parents’ housekeeper, Anna. She feels all is well with her husband, Kevin. Sheltered as a child and unprepared to handle life’s emotions, Elizabeth suddenly finds that her “perfect life” is not so. And when her daughter, Mary Beth, storms out in a teenage rage, Elizabeth waits for the usual, “I hate you, Mom!” Yet the words she hears her daughter speak are much worse: “I wish my real mom was here instead!” These words soon haunt Elizabeth, as does the unraveling of her perfect life that ensues. It leads her to reevaluate her faith and marriage through the wisdom of an unexpected source while faced with tackling preconceived concepts of race, gender, belief in God, and her purpose. Will Elizabeth survive what has transpired? Will she be able to rediscover hope and the meaning of her life? Will she learn anything from her lessons or her life’s journey? 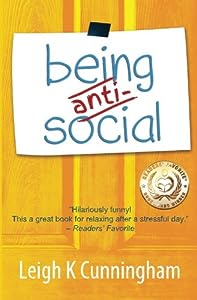 BEST INDIE BOOKS FOR 2013, INDIEREADER GOLD MEDAL WINNER, 2012 READERS' FAVORITE BOOK AWARDS GOLD MEDAL WINNER, 2013 READER VIEWS LITERARY AWARDS Mace Evans is single at thirty-eight. When her much unloved older sister, Shannon, declares that Mace is anti-social, she embarks on a journey to understand her condition; whether she was born that way or if it is the accumulation of thirty-eight years of unfortunate encounters with other humans and dogs. For reasons unbeknown to Mace, she has an affair with a work colleague, which brings an unexpected end to her perfect marriage. And as if the self-imposed torture and regret is not enough, Mace endures ongoing judgment from her older sister and mother, which further exacerbates already tenuous relationships. With support from her four best friends, merlot and pizza, and with guidance from her life coach and mentor, Oscar Wilde, Mace recovers to a degree, but in her quest to understand her anti-social ways, she finds herself wondering about the quality of the fabric that keeps her network of friends intact. When Mace's mother is diagnosed with cancer, Mace searches for common ground on which to connect before it is too late. 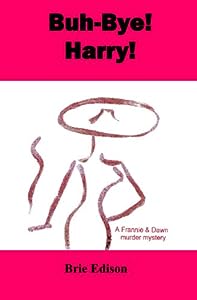 When millionaire HARRY TRUMBOLL turns up dead in the glitzy city of LA--all are sure it was from natural causes. But things begin to get hazy when his wife FRANNIE winds up with a dead body in her arms, revealing HARRY was murdered too! Bribing HARRY'S secretary into helping her ferret out the murderer, the two sleuths find themselves planets apart; FRANNIE flamboyant and flighty uses wild imagination and useless intuitive flashes to do her snooping, while DAWN mousy and meticulous swears that sound, intelligent reasoning is the only way to catch a murderer, but for all her talk DAWN gets emotionally distracted along the way by a hunky cop named ZAK. Nothing is what it seems as the two partners uncover clues on their zany adventure, discovering each mourner at HARRY'S funeral had a reason to wish him dead. A trusting friendship blossoms between FRANNE and DAWN as they find themselves out on the skinny branches of life, forcing them to come face-to-face with a cold-blooded killer!
Contact Author -