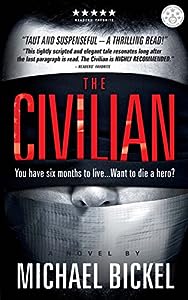 The Civilian is a psychological adventure thriller about Robert Caron, an ordinary man, who has lived a cautious life. He’s never pushed the limits of his security or taken the risks to truly make his life meaningful. Now, at only thirty-two, he has just received a death sentence. The cancer that killed his father and uncle is now killing him.

While trying to come to terms with how to spend his remaining days, Caron is presented a unique opportunity by the government – one that could save thousands of lives, while giving some purpose to his own. However, it’s a mission from which the most highly-trained agents have not returned.

Author Michael Bickel takes you on an unforgettable emotional voyage through the mind of Robert Caron – a man facing the tragic physical and mental toll of his illness, all alone, in a dangerous foreign land.

CAN A CIVILIAN TAKE DOWN THE WORLD'S MOST WANTED MAN –
BEFORE HIS TIME RUNS OUT?

The Beginning Of The End 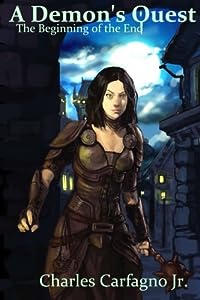 In a world, where monsters are running amok, demons are emerging from the underworld to stake their claim on humanity. Battle lines are hastily drawn, ensnaring friends and foes in a fight for their lives. Unlikely heroes will emerge, some bravely volunteering to serve the cause, while others are forced into the fray. Torhan is of the latter. The human lad, accused of crimes he did not commit, must fight to clear his name. His journey is dangerous, fraught with possible death at every turn, but he is resourceful and skilled with a blade…but is it enough?Epic battles and unimaginable creatures await the reader in the pages of this Fantasy Adventure, volume one. Evil, so venomous it strikes without care, is mercilessly wielded by the demons in a bid to enslave the human race. However, a battle cry of freedom stands in their way, as courage, honesty and loyalty will not easily be outdone. An array of characters lead by Blood Knights, Monks of the White Fist, and the Lord of the Mind, are anxiously engaged in a battle of wits and distilled strengths.Demon’s Quest is packed with magic, swordplay, monsters and much more. Author Charles Carfagno Jr. has created a world akin to Dungeons and Dragons, a fanciful cosmos described with flare and unique penmanship for the most avid of fantasy fans.

Gambit of the Glass Crowns

Volume One of The Sundered Kingdoms Trilogy 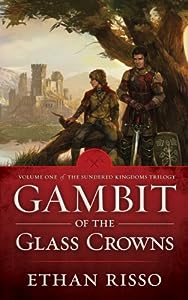 The heart of any great fantasy novel has always been the characters, and the heart beats fierce and free in volume one of Risso's THE SUNDERED KINGDOMS TRILOGY, Gambit of the Glass Crowns, a tale of conspiracy, adventure, magic, and romance.

Bled dry by decades of war, religious strife, and bloody political intrigue, the land of Dweömer is changing. At the heart of the tumult is Connor, the unwitting harbinger to the end of an era and doomed to die before his time.

From the chivalrous royal court of the high king to the sacred forest enclave of Arlais, Connor must find his own part to play on the mummers' stage, just as Gawain, the duke's renegade bastard son, and Bronwen, the ambitious young queen, navigate their own ways through the tempest. With so much hanging by a thread, the stage is set for the final act of a dying age. 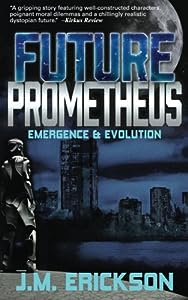 After a world pandemic decimates the male population, a soldier experimenting with cryogenic hibernation is forgotten for one hundred thirty years. He is awakened by a group of cybernetic lifeforms, artificial persons (APs) who were driven from their walled mega-state, Nemericana – a militaristic matriarch that also cast out their male youth once they are adolescent. Worse than all this: the APs are getting smart enough to make their own decisions. This is a world where the science we know today has warped into masterful and terrifying ways of manipulating and controlling humanity. You will hide with Second Lieutenant Jose Melendez as he awaits extraction from the jungles of Brazil, while the male population of the world experiences a dangerous chemical aberration. You will follow the classified mission of Dr. Marcella Del Cruz as she leads a classified mission in Antarctica that holds the key to the future of mankind. You will watch with Major Mare Singh as she sees the citizens of Nemericana drugged into submission while corruption tears at the fabric of their artificially calm society. But the most astonishing and terrifying force in Future Prometheus is the legion of cybernetic life-forms that are determined to achieve consciousness and claim their place in the new world order. This is a world that could be our own in the not too distant future. “A gripping story featuring well-constructed characters, poignant moral dilemmas and a chillingly realistic dystopian future.” – Kirkus Review 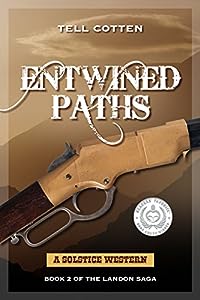 Texas, 1872
When a stagecoach is robbed, two men are killed and young woman is kidnapped. Soon after, Yancy and Cooper Landon find themselves pursuing them.

Meanwhile, their old foe Lee Mattingly has his own problems. Betrayed by his partners, Lee sets out on a path of vengeance while at the same time trying to help a young captive girl.

It isn’t until their trails cross that both sides realize just how entwined their paths are. And, they soon realize that if they are to achieve their goals, they will have to go down the same path together. 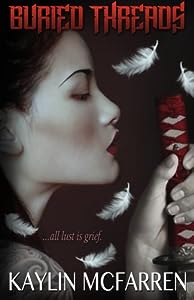 A disturbing prophecy sends a treasure hunting duo on an urgent race to rescue a country in Kaylin McFarren’s heart pounding new novel, Buried Threads. Full of erotic suspense and wild adventures, this is one trip readers will never forget! Rachel Lyons and Chase Cohen work together as the successful owners of a treasure hunting company. But a seemingly simple assignment—to track down a priceless gem that is believed to be buried in a shipwreck deep within the Sea of Japan—takes a startling, and dangerous, turn. Faced with a monk’s dark prophecy that a natural disaster will soon strike Japan, killing millions, Rachel and Chase must embark on the mission of a lifetime in order to uncover the three cursed samurai swords that can avert the catastrophe. Chaos ensues as their adventure takes them from shark infested waters and creepy caves to haunted hidden tombs and a confrontation with Yakuza gang members. Time is running out as the prophecy’s day of reckoning draws near. Will Rachel and Chase succeed before disaster strikes? 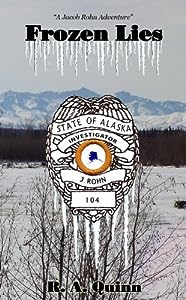 Frozen Lies is the first book in the Jacob Rohn series by R. A. Quinn. In the 49th state, law enforcement faces extreme challenges. Follow Investigator Jacob 'Jake' Rohn as he finds himself north of the Arctic Circle in Fort Yukon, Alaska.  He's facing perhaps the most difficult case of his career and has much more to think about than just solving a gruesome double homicide. Staying alive in the harsh, yet beautiful, wilderness can be tough enough but when it seems there are dangers at every turn of this investigation, that task becomes even tougher. Rohn has a past that haunts him in more ways than he actually knows. R. A. Quinn knows this Arctic world and both his subtle and vivid descriptions provide the reader with a front row seat and a back stage pass to the stunning land known as Alaska. Follow Jacob Rohn as he weaves his way through the beautiful north in this heart stopping mystery.

R. A. Quinn is a retired Alaska State Trooper and spent three years living and working in the Fort Yukon area and uses his knowledge and experience to bring the wonders of Alaska to the reader, wherever they may be from; be it Alaska or anywhere in the world. Join Jacob Rohn in this well written crime thriller that will leave you both satisfied and craving for more. 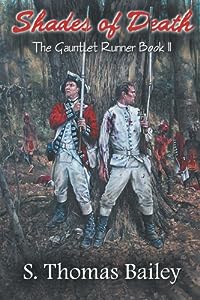 With the events of the past year freshly engraved in his mind, Jacob Murray lies in wait, just a stone’s throw from a French outpost in the midst of the western Pennsylvania wilderness. Having teamed up with the two young men who helped his wife escape her Huron captors, he waits for any sign of Maggie or the French merchant who purchased her.
A straightforward plan for ambush soon goes awry and Jacob and Joshua are separated from Maggie and One-Ear; the latter pair heads towards Canada, the former for Fort Duquesne.
While Maggie’s efforts to escape and avoid French captivity lead to unexpected encounters with the native tribes of New York and Canada, including the great Ottawa leader Pontiac, Jacob himself is taken captive by the French.
With Joshua’s help, he is able to escape, but life as a deserter is very dangerous, especially when the British army is amassing nearby under the watchful eye of Major General Edward Braddock.
Jacob and Maggie Murray long for their peaceful life on the homestead in Pennsylvania, but with two great countries and their native allies battling over the Ohio Valley, their wishes must remain ungranted…at least for now.” 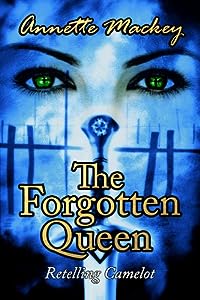 Avalon has long been considered the traditional place of Arthur's burial. But what if that place was actually named after someone? As an infant, Avalon is stripped of beauty so that all that remains are her dramatic green eyes. She is taught from birth that Arthur is her destiny. Out of curiosity she watches him in the magical waters of the lake and finds it impossible not to fall in love--and yet he is the king. She has nothing to offer but a pure heart. And so with the future of Camelot at stake, Arthur turns his attention toward the politically strategic Princess Guinevere and makes her his queen. In this exciting retelling of Camelot, Arthur struggles against the forces of evil until he reigns supreme, only to discover that his closest friend, Lancelot, is having an affair with his wife. Upon discovery, Camelot is forced to the brink of destruction. It's then that Arthur realizes what a fool he has been. Broken and alone, shamed before the entire kingdom, Avalon comes back into his life. With her he finds the kind of passion that he has so long sought. Raised in the shadows, subservient to the Lady of the Lake, Avalon rises above it all to become the true queen of Camelot. She is the for­got­ten queen ... and the sole bearer of Arthur's heart. Full of unexpected twists and turns, action, suspense, treachery, and deceit, "The Forgotten Queen" will tear at your heartstrings until the very satisfying ending.

Lost City of the Condor 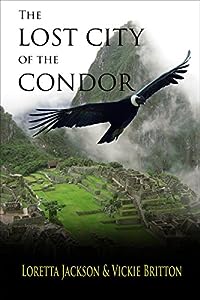 A Reader's Favorite 2013 Finalist in Adventure.
While traveling on a local bus in Chinchero, Peru, Arla is approached by a mysterious female peddler who shows her a small, silver warrior. The statue is identical to those found only in rare Inca tombs located high in the Andes. Arla suspects this is a genuine artifact, perhaps stolen from the same Capacocha burial site her co-worker, Lance Hayden, is seeking. When the woman tells her she has many more items for sale, Arla follows her to an abandoned house. Too late, Arla realizes she has fallen into a trap! Arla gets kidnapped by a group of ruthless thieves who are holding Lance Hayden hostage. They believe Arla's in possession of a journal, which is the final link to the Lost City and the secret it holds. A race against time takes Arla to a snowy mountain peak and a clash with the looters for the most priceless treasure of all - the golden condor!
Contact Author -