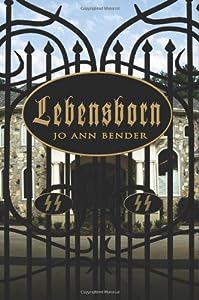 This book was really two parts of the same whole: first, the Nazi occupation of a small French village; second, the program where high ranking German men procreate and the facility in which "fit" women give birth to the "master race." This book largely follows the life of a young French girl, a resistance fighter who winds up carrying the child of the German soldier who occupies her village and her home. The story is amazing, unique, and well told. The perspectives are fresh and multiple. I was inspired to read more about lesser-known German WW2 programs.

I have many good things to say about this book; in fact, I have nothing negative to say. I would recommend this book to others and have already loaned it out. There was enough drama, fear, realism, fact, and humanity to make this a book that you HAD to finish and couldn't put down. And if you are at all interested in WW2 or history, this is a fun and interesting read. It is very well researched and thoroughly enjoyable.

The conclusion was also a nice wrap up of events and life stories, all characters that we had known and wondered about. It was sad, but fitting; the memorial was touching and did make this reader tear up.

Book One of The Sylvan Chord 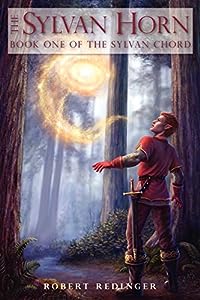 The elves were once exceptional beings; their very existence brought indescribable joy and beauty to the world. However, men in the east use sorcery from carved Runes and unleash terrible forces that are slowly destroying the earth and the once immortal elves. Efkin, a young elf lord, embarks on a quest to find a horn with the power to break the Runes before his kind and all hope disappear for good. The Sylvan Horn is the first installment of The Sylvan Chord series by Robert Redinger.

To start with, a praise to Carol Phillips for the beautiful cover art. It certainly captures the story and the ethos of what a good, classic fantasy cover should look like. The Sylvan Horn’s world-building encompasses familiar ground. Even so, it has all the necessary elements that fantasy enthusiasts always enjoy: ethereal beings, sorcery, sword clashing actions, heroes, and most important of all, a noble quest to save the world. It even has light humor, which I think is a bonus. Author Robert Redinger is highly adroit with his prose which propels a well-thought plot. The protagonist, Efkin, is given more than enough room to grow throughout the story, adding vital depth to his character.

Efkin has his group of friends who are equally fascinating. I find the Elders and the druid intriguing as well, which leads to the only issue; I desire more elaboration for some characters and some aspects of the story from this highly accomplished fantasy novel. Nevertheless, I believe Mr. Redinger saves them up for Book Two, and I absolutely look forward to it. 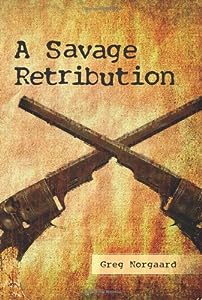 In "A Savage Retribution", Frank Savage accidentally shot an innocent man. He was tracking a notorious villain. Unbeknownst to Frank, the man had taken a hostage. Blaming himself for the death of an innocent man, Frank turns in his gun. When he meets a young couple running for their lives, he comes to their defense.

"A Savage Retribution" is the story of corrupt law in the old west. This is not a John Wayne type western, but it is excellent reading. I consider this an action adventure. Intrigue, corruption, romance, villains, and gun fire fill the pages of this novel. This book may create a whole new crop of western fans. 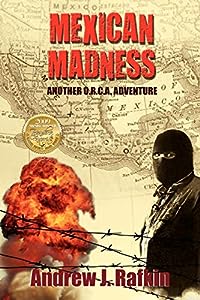 Mexican Madness is just that... Madness in a world held together by a very light-weight fishing line. It all starts with an innocent tuna fishing trip with good friends. The tuna are plentiful and hefty; then one of the guys catches the ' big one". The catch is so amazing that O.R.C.A., a world-wide agency contracted to combat drug trafficking and Eco-terrorism, becomes involved, at the request of the President.

The story explodes when O.R.C.A. uncovers the plot behind the 'big one' caught on that fateful day, along with the involvement of the Russian Mafia, the Chinese Triad, Mexican despots, and South American drug cartels. Enmeshed in all this is a very slick substance we call oil, also known as "Black Gold".

O.R.C.A.`s directors, particularly Reef, Nici, and Alexis, are tenacious bloodhounds that let nothing ,short of a bullet, stop them from unraveling this jigsaw puzzle. This is truly a story, within a story, within a story with so many twists and turns. From time to time the trail becomes quite faint but the TEAM never falters.

This is Andrew Rafkin`s third Madness novel. I have had the honor to read and review all three. I hope there will be many more in the future. He has the uncanny ability to engage the reader in a complex, heart-stopping, action-packed novel that would make a fantastic first-rate flick.

The O.R.C.A. team, he has fleshed out here, are all very caring and dedicated to a fault. Even though some of the members become romantically involved, this never inhibits their mission. The team concept is very strong here, as well as, super vital.

Andy Rafkin`s writing style is unique and his word usage is, perhaps, slightly above that of the average reader ,but the words do flow smoothly, making the convoluted story-line easier to follow than I originally thought it would be. Mr. Rafkin pays a lot of attention to details and that`s what makes his novels stand out. I tend to be the same way; i don`t want to miss anything. I couldn`t even find one misspelled word, and that`s very unusual. I want to thank him (and his editor) for doing a super job. I am definitely looking forward to his next 'Madness' novel and I highly recommend Mexican Madness to any action aficionado. 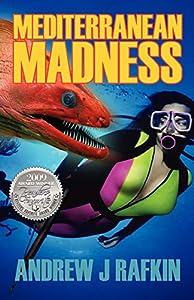 Andrew J. Rafkin follows his 5-star novel Creating Madness with an epic read Mediterranean Madness. His latest book continues the story of O.R.C.A. Retired Navy Seal, Commander Reef Johansen, and former Greek Secret Service agent Alexis Mikos work together to keep the United States coast safe from terrorism and drug trafficking. Their nemesis, the Hon brothers, and Jafar Assad are once again a threat to the safety of the citizens of the planet Earth. Their game is biological and nuclear warfare.

Rafkin’s book is not a fast read. The reader will want to savor each morsel of this techno-thriller. This fast-paced novel is written in an extremely intelligent voice. Rafkin had me convinced this could happen. I certainly hope we have something similar to O.R.C.A. in place. Rafkin keeps his characters real and his scenarios believable. He sticks with realism rather than take his books into the superhero realm. I’m a great fan of Cussler and Clancy. He takes the best of each and combines it to give readers just what they want. Intrigue, action, adventure, and technology combined to make this one of the best books of 2009. 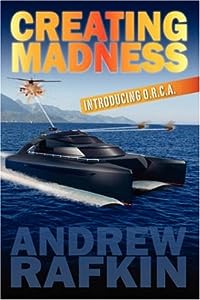