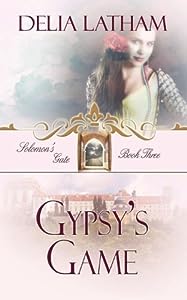 "Gypsy’s Game" by Delia Latham is the third book in her Solomon’s Gate Series. What would a man do when in a dream every night an Angel came to him and told him God wanted him to marry a certain woman. After many nights Jal Garridan agrees and this leads him to Solomon’s Gate and Gypsy Lovelle. The only problem was that Gypsy wants a husband only for 6 months, long enough to collect an inheritance her father left her, even though he has been out of her life since she was four years old. When he offers to marry her though he had never seen her before, Destiny, owner of Solomon’s Gate wonders what he is doing. A Christian marrying a non-Christian is not one of the rules of her dating service. So the story begins in the lives of Jal and Gypsy. As Jal sets down rules for their marriage such as no divorce,daily devotional time together along with church attendance, can she abide by these rules? When God has his hand in any relationship it will turn out for the best.

After reading the first two books in the Solomon’s Gate Series I patiently waited for the third one to come out. Some of the same characters that one has come to love in the first two books are found here also but they do not overshadow the main characters. I enjoyed reading this book very much and really connected with Gypsy. There was just something about her that one could help but wish the best for her. A woman that had a heart so harden it would not only take the love of her husband but God to melt the ice. When she meets Solomon it made me stop and think. There are angels around us constantly and how they appear to a person can be in many ways. To Gypsy he was beautiful with a glow and soft translucent wings. This goes to show that when God has a plan for one’s life, no matter what you try and do, you will not be able to change it. This book was so hard for me to put down that I read it straight through right up to the climatic ending. I would be hard pressed as to which of the books in this series I think is the best as they are all excellent but I think "Gypsy’s Game" is my favorite. I feel the book can be read as a standalone but for better understanding I feel one needs to read all three. Highly recommended for everyone. 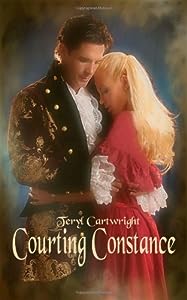 Constance was determined to marry Sir Geoffrey even though he had broken their engagement after finding her in the arms of another. Determined to get his wedding ring on her finger, she formed a plan to convince him how much she loved him. Things go awry when her necklace is stolen in a highway robbery on the way to Bath. What she did not know was the bandit was Sir Geoffrey. He was testing her to measure her love for him. In his eyes she failed. Now he wants revenge.

I would label this book Christian Regency Romance. While the book has all the requirements for Regency Romance it also has strong Christian overtones without being preachy. Constance is a well-developed character filled with a good heart and a fantastic sense of humor. Harriet and Constance played well together; they complemented each other. Constance always had a plan and was always up to something; of course, she drug her best friend Harriet along. Many of the antics felt like slapstick comedy. Courting Constance is an entertaining, quick, and easy read. There were several times when the spiritual aspect seemed to come out of nowhere and seemed out of place. It did not distract from the plot, just took me by surprise.

This is the first book I've read by Teryl Cartwright; it definitely won't be the last one. Reading Courting Constance was like a breath of fresh air. To find a humorous sweet romance in an era where they really exist is so refreshing. It reminded me of some of my favorite authors of the past: Georgette Heyer, Joan Aiken, Elizabeth Michaels, and Barbara Metzger. Author Teryl Cartwright has skillfully combined romance, history and humor to offer readers one of the most entertaining romances I've read in years. 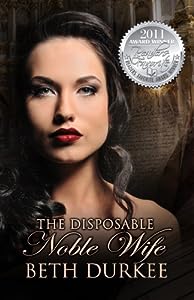 "The Disposable Noble Wife" is a mixture of fact and fiction. The plot will tug at the reader's heartstrings. Our world is filled with infidelity and broken homes and the children are the ones that pay the price. The author suffered humility and heartbreak.

As marriage vows state, "What God has joined together, and let no man put asunder" Many men and women do not take their vows seriously. In this fact/fiction story, we see the author trying to hold her marriage together. When it gets to the point that you are in harm's way, it is time to let go of the marriage.

This is a very deeply emotional story that I could not put down. I urge all women to read it. With God all things are possible. We need to place all our sorrows in His hands and He will grant us rest and peace. Excellent story. Highly recommended for husbands and wives to read together.

Smoke Before the Wind 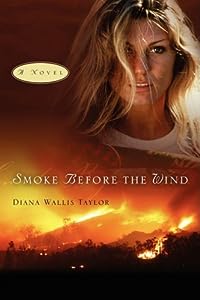 Carrie Dickson and Andrew Van Zan were introduced to each other by mutual friends. She was sweet, beautiful and just coming out of a bad relationship. Andrew was handsome, wealthy and every woman’s dream man, or was he? After a whirlwind courtship, Andrew proposed. The wedding was scheduled to take place in just a few short weeks. Carrie returned to her home town in the mountains of California to finalize preparations.

Carrie had been attracted to Scott Spencer since her school days. He was a strong Christian. Scott’s presence caused Carrie to question her relationship with Andrew and, more importantly, her relationship with Christ. She had been excited to introduce Andrew to her family and to show him where she grew up, but he seemed to have little interest in either.

Andrew had a secret that he was hiding from Carrie. Will it destroy their relationship or take it to a new level?

I don`t want to give away the ending to this book. Carrie was a delightful character. While, at first, I did not like Linda, I soon found her to be spunky and endearing. Diana Wallis Taylor is a talented author. Her plot has a deep message but is not preachy. I enjoyed this book.