Fun and Inexpensive Projects for the Little Photographer (Volume 1) 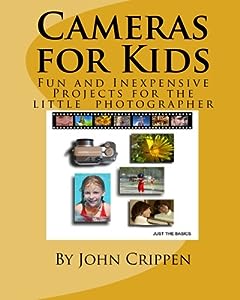 John Crippen’s Cameras for Kids: Fun and Inexpensive Projects for the Little Photographer is an educational and fun book for children. He teaches the art of photography in a manner that is easy to understand. The list of supplies is simple to find and relatively inexpensive. Most items are found at local dollar stores. He takes the reader step by step through using a camera. The suggestions for using miniature animals in grass are both inexpensive and fun for children.

I have had my camera for several years and had no idea what some of the symbols meant. Crippen’s book cannot only educate children but adults. I believe my camera skills have improved thanks to Camera’s for Kids.

Camera’s for Kids is well written and organized. This book takes the mystery out of taking good pictures. 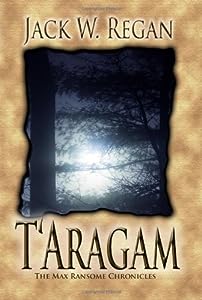 Jack W. Regan creates a medieval world complete with strange critters that will have you laughing.

Max as the 13 year old son of Lord Ransome, a powerful ruler. When the wicked Zodak’s evil army of Phantors killed Lord Ransome, Max fled to save his own life. However, not only was his life at stake but all of T’Aragam, for Zodak enslaving the people.

Max and his quirky friends monster brothers, Doom and Gloom, a wizard named Zohar, and Gramkin a medgekin work together to save the kingdom.
Regan is a talented storyteller. His plot is entertaining and captivating. The character are humorous with voices of their own. The pace is fast with twists and turns that hold the readers interest all the way to the last word. This is the first book in the new series. I suspect this could attract as many readers as Potter’s books.

The Secret of the Sacred Scarab 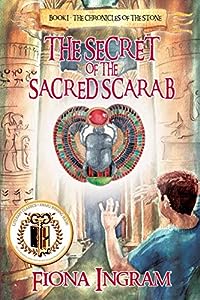 When cousins Justin and Adam traveled to Egypt with their grandmother and Aunt Isabel an adventure awaited them. Scottish archaeologist James Kinnaird was missing. His theories concerning the legendary Scarab King were controversial. Mysteries abound in Egypt. Adam acquired a special antique scarab. Sinister Dr. Khalid was very interested in Adam’s artifact. Aunt Isabel’s camera was stolen. The boys face danger and kidnapping. Can they rescue Kinnaird, solve the mystery, and find the treasure?

Too often it is difficult to find books that will hold the attention of 10-15-year-olds. They prefer action packed books. The lead characters in this book are Justin and Adam. They will appeal to the focus audience. The boys are intelligent, diligent and brave. They are excellent role models. Fiona Ingram has not short changed the secondary characters. They are well developed with personalities and voices of their own. The plot is fast paced and action packed. Adults will enjoy this book just as much as preteens. Hot Issues, Cool Choices: Facing Bullies, Peer Pressure, Popularity, and Put-Downs is filled with short stories that 10-15 year olds will relate to. The stories are easy to read and very interesting. Each scenario is followed by a few questions to ponder on and a Trading Places question. The scenarios are situations students face every day.

The Secret of the Sacred Scarab

The Chronicles of the Stone - Book One 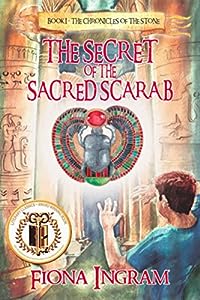 The Secret of the Sacred Scarab is Book One in The Chronicles of the Stone middle grade adventure series by Fiona Ingram. Adventure seeking Adam and his cousin, Justin, vacation in Egypt with their Aunt Isabel and grandmother. A peddler gives Adam a mysterious Egyptian scarab, but an Egyptologist, Dr. Khalid, finds out and attempts to steal it. Archaeologist James Kinnaird, who claims to know the location of the legendary Scarab King's tomb, is missing and the boys are convinced the artefact is linked to his disappearance. The cousins find clues about the Scarab King while exploring the Sphinx and cruising on the Nile. The scarab’s aura lets Adam experience visions about ancient Egypt, and he and Justin manage to decipher some of its hieroglyphics. While they are exploring another historic site, Dr. Khalid's henchmen abduct the boys and take them into the desert, but a deadly sandstorm traps them while riding camels.

Adventure lovers will get the opportunity to become tourists on an exciting tour to Egypt through this magnificent novel, The Secret of the Sacred Scarab by Fiona Ingram. This is an engrossing children’s mystery with non-stop action and interesting dialogue. I enjoyed the entertaining drama while learning about Egypt’s rich historical past. Justin and Adam are smart, fun, and brave. Each possesses distinctive skills that the other lacks. The other characters are also persuasive. Fiona Ingram impressed me immensely with her relaxed, eloquent storytelling that will delight both pre-teens and adults. I look forward to the continuing adventure in The Search for the Stone of Excalibur, Book Two.

The Taker and The Keeper 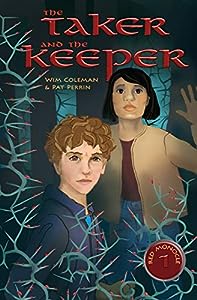 Gregory and Yolanda attend the same middle school. Gregory acquired a box that was left from his old science teacher. Among the items inside was an old red monocle. When he put it up to his eye he had a tingling feeling. He would see a tunnel in a concrete wall. When he took the monocle off the tunnel was gone. He put it back on and entered the tunnel. At the end he met up with two boys. They think he is a demon with a red eye. He escapes and returns home. The next day everything is messed up, people yell at him, his brother, his father and step mother and his teachers. No one is happy, except Yolanda. The world has completely changed.

Yolanda notices things are changed. Her favorite story book King Arthur has changed magically. Gregory shows Yolanda the monocle. Together they embark  on a fun filled adventure and end up back in time to just before Arthur became the king. They meet Merlin the Magician, The Lady of the Lake, and King Arthur’s sister.

The Taker and The Keeper is a grand story. Middle Schoolers will love the adventure. The plot is interesting and well developed. There is action, adventure and suspense.

Me, Myself, and I The tween years (grades 5-8) are a very difficult time. They no longer fit in with children like things but neither are they quite ready for life as a teenager.

Me, Myself, and I is a book of meditations. There are over 26 chapters. Each chapter represents a letter of the alphabet. There is a short scripture, a quotation, a thought to meditate on, a story and a question to help the reader put into action what they just read about.

The devotions cover a wide range of subjects including: being a role model for someone else, attitude, self image, finding time for Jesus, and everyone’s doing it.

Each chapter has an excellent message for tweens. Sandra McLeod Humphrey brings 35 years as a clinical psychologist for young people to her book. She knows how to reach young people, hold their interest, and how to get them to hear her message. Too often books are written for young people by authors that have no idea how to relate to them. The message can be there but it takes a special ability to convey that message to tween. One slip and you will lose their attention and trust. This book is in their language and they will relate to it.

I recommend this book for anyone that has or works with tweens. I intend to give my favorite tween a copy.