The Fairies of Turtle Creek 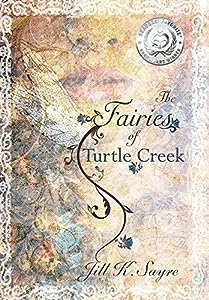 Claire is a science-minded 13 year old whose brother is away fighting in the Iraq War. Her family life has changed and so she turns to her books and sketching by the creek. Then, her estranged and eccentric grandmother comes to live with Claire and her family. Grandma teaches her skeptical granddaughter to believe in magic, hope, love, and...fairies! 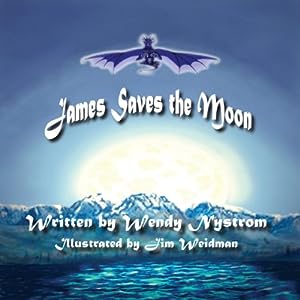 "Here within lies a tale of a young boy named James, which takes place in a far away island nation of Iceland." Travel along with James up the mountain, soaring through the air with his friends he meets along the way to reach the moon.

Jason, Lizzy and the Snowman Village 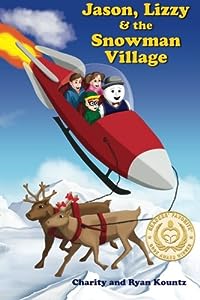 After Jason and Lizzy’s family move hundreds of miles south from Chicago to Texas, leaving behind friends, school and the only home they've ever known, they are desperate for something familiar. Together, Jason and Lizzy make a late-night wish upon a star for snow that launches them on an incredible adventure even bigger than their recent cross-country move. Join Jason and Lizzy as they make new friends, visit far-away lands, and learn, sometimes, home is more than where you live. 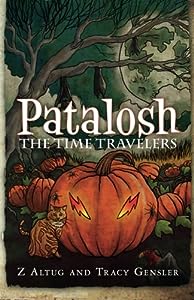 On the watery planet of Lumina lies the island of Patalosh, home to the Taloshians. This ancient civilization discovered the secrets of time travel, built the HMS Exploricus airship, and began to explore time-travel portals. They came upon Earth, and some even settled in various countries. Then they found out other civilizations in the universe were not so friendly...

After waking up with a big bump on his head, ten-year-old Orion Spence has no idea how long he's been out or what happened to him or his missing parents. Alone in the ice field with the wrecked Exploricus, Orion must find answers, or he'll freeze to death.

Orion learns how to maneuver the ship on Earth as he searches all seven continents for his parents. Throughout his journey, he meets friends who help him solve the seven riddles and face fierce warriors as they search for a secret time-travel portal. But now, there is another problem... 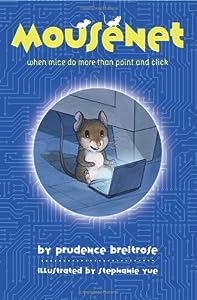 When ten-year-old Megan helps her uncle invent the Thumbtop, the world’s smallest computer, mice are overjoyed, and they want one for every mouse hole.

The Big Cheese, leader of the Mouse Nation, has orders: follow that girleven if it means high-tailing it to Megan’s new home on the other side of the country. While Megan struggles as the new girl, the mice wait for their chance. But when they tell Megan the biggest secret in the history of the worldmice have evolved, and they need her helpshe isn’t sure anyone will believe her. With all of Mouse Nation behind her, Megan could become the most powerful girl alive, but just how will she create a Thumptop for every mouse?

Brought to life with whimsical illustrations, Prudence Breitrose’s debut novel is full of charm and adventure and will captivate today’s computer-savvy middle-graders.

Parry Pretty and the Eight Realms

Caught in the Slipstream of Time Book 1 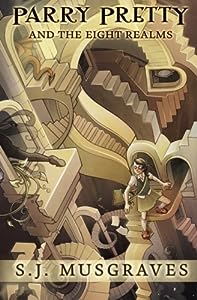 Someone has opened the Slipstream, causing time to repeat a single day over and over again. As the mysterious events of the day begin to unfold, Parry Pretty discovers the heart-stopping reason why only she can close the Slipstream. The only problem is the stubborn girl refuses to believe that the Slipstream even exists. Her logical brain ignores the fact that she continues to relive the same day, even though she has experienced déjà vu several times, and her practical nature certainly won’t accept that there is more than one realm in the world—eight realms to be exact. But all that is about to change when Parry finds herself chasing after a mysterious stranger through windows that lead to new and wondrous lands, where she discovers a greater and darker secret that could alter her destiny, and the fate of all the realms, forever.

A Journey to the Four Kingdoms 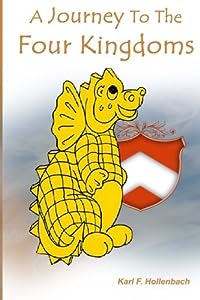 Received a Finalist rating by Readers' Favorite in the children's Fantasy/Sci-Fi category, along with a 5-star review. Join the young Prince Royal, Pid, in his fabled quest to discover the Great Secret with the help of Firebreather, his true friend. Pid and Firebreather journey to the four kingdoms, each of which offers a possible path of discovery to the Great Secret. Along the way Pid finds other companions drawn to his quest. Prepared by his experiences in the four kingdoms, Pid encounters and fights the Black Demon. During the fabled struggle, with Firebreather’s insight and his companions help, Pid discovers the answer to the Great Secret. Appealing to children in the middle-graes and the child-like senses in most adults of wonder, curiosity, and true friendship this fable is of a person learning where their real strength lies and about true friendship and undying love. 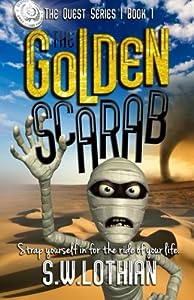 JJ Sterling has that same yearning for adventure. To break free from the norm ... to be the best he can be ... to save the world ... to be a hero. Enter, the Museum of Grandovia, home to a million incredible secrets. JJ has a curious encounter amid a trove of ancient treasures. Someone is calling him. Someone needs him. It's time for a new hero to rise.

A long-time feud between two powerful brothers, Seth and Horus, threatens the fragile peace in ancient Egypt. JJ and his best friend, Linc, must transcend time to save the day. Joined by new ally, Rani, they embark on a perilous race through scorching deserts, and temples full of hidden chambers primed with deadly traps. All the while, an army of deadly statues, known as Uberdiles, are determined to stop them at all cost.

It's up to the three to find the mysterious Golden Scarab, defeat the threat of evil and save history. If they fail, the impact on the future will be a disaster.

Praise for JJ STERLING and the GOLDEN SCARAB
Once you've caught your breath, continue to ride the incredible JJ STERLING adventure series: 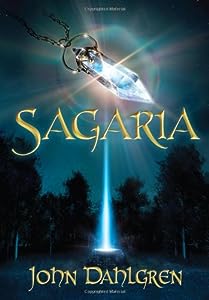 Set in the mysterious world of Sagaria, this enchanting tale of adventure and friendship will charm teens and adults alike and is the latest novel in the Sagaria Legends series.

When young Sagandran Sacks learns from Grandpa Melwin of a portal that leads from an abandoned forest well to the magical world of Sagaria, he doesn’t know whether to believe it or simply dismiss it as another of his grandfather’s tall tales. But when Grandpa Melwin is suddenly seized during the night, all clues point to that well in the forest.

Hot on the trail of his grandfather, Sagandran finds himself transported into Sagaria, which is indeed every bit as wondrous as Grandpa Melwin had described. But it is a world under threat. Before he knows it, Sagandran is tasked with saving not only his grandfather, but the whole world – or, rather, three worlds – for, once the fearsome Shadow Master has both the Shadow World and Sagaria in his thrall, he plans to extend his conquest to the Earthworld…

Enthralling and imaginative, with characters that will delight readers of all ages, this charming novel is set in the world of Sagaria and follows The Tides of Avarice, John Dahlgren’s first book in the Sagaria Legends series.