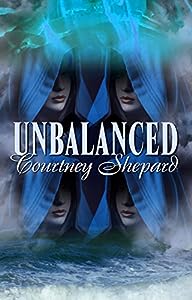 It's a battle as old as time, and the intensity of the battle in this generation is complicated by intense new factors. Four sisters hold the power of the Earth elements of earth, fire, wind, and water. Throughout the ages, they have been successfully hunted by The Order, which grows in power through the death of the sisters. This time, they've made it further than ever before, surviving into their mid-twenties, but they can't avoid the battle that comes to them as they're drawn together, only to be pulled apart. This time, though, there's another factor: four brothers with similar powers who seek them. But what is the brothers' intent? Unbalanced, by Courtney Shepard, takes you on a whirlwind, mind-blowing journey across the globe as the eight seek the truth, as well as the survival that has eluded them up until this lifetime.

Unbalanced is a unique, fast paced story that draws readers into a world of magic and mysticism that's different from what you typically see in modern fiction. It's a breath of fresh air from the popular dystopian view of the future in that it focuses more on how discovering the past can help to make the present better. Courtney Shepard gives readers a thrilling story with plenty of twists, turns, battles, magic, and intrigue to keep you guessing right until the end. It's the beginning of an amazing journey, and I look forward to discovering where it takes the sisters (and the brothers) next. An excellent read!