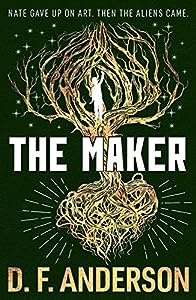 When a mysterious drawing binder appears on thirteen-year-old Nate Smith’s windowsill, he starts having visions—and drawing them. Strange creatures come for his work, launching him on a space adventure to learn the alien art of making. Armed with an otherworldly pen that brings his drawings to life, Nate must save planets, and his parents, from the dark creations of an alien mastermind. If only he believed he had talent.
Contact Author -