The Curse of Beauty

An Ancient Legends Novel: The Story Behind the Myth of Medusa 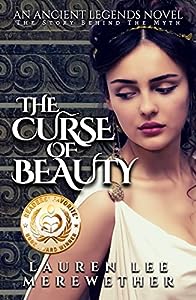 The Curse of Beauty is a work of historical fiction and interpersonal drama which is part of the Ancient Legends novel series. It is intended for the general adult reading audience owing to non-graphic reference to abuse, violence, and assault, and was penned by author Lauren Lee Merewether. In this thrilling standalone novel that explores the story which inspired the myth of the infamous figure Medusa, we find ourselves in Greece circa 1650 BC. Our central protagonist, Thais, is the daughter of a chieftain who wants to settle with oncoming invaders without the need for bloodshed. Although she believes in his peaceful vision, the personal cost Thais will suffer sees her undergo a trial of legendary proportions.

I always enjoy diving into historical works by Lauren Lee Merewether, particularly because this is an author who knows how to balance all the most interesting and well-researched elements of ancient history with emotional parallels to modern life and drama so that every character resonates with contemporary readers. Thais is no exception to this, and when Merewether’s up-close and empathetic narrative style is combined with the many sensations, family conflicts, and political struggles of this exciting plotline, it makes for an unstoppable read that I couldn’t put down without wondering what was yet to happen and aching to pick it back up again. From its slow-burning politically charged aggression to its poignant observations about the role of women and attitudes toward them during ancient times, The Curse of Beauty delivers everything you could possibly hope for in a historical drama. Unmissable.