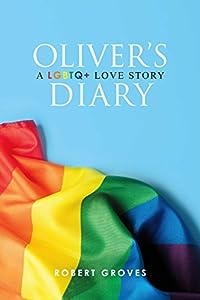 Oliver's Diary: A LGBTQ+ Love Story is a nonfiction book about relationships written by Robert Groves. Oliver fell in love with Christopher Standridge from the time they were in third grade together. He wasn’t the first boy Oliver had felt attracted to, but he would remain an intense attraction for much of his young adult and adult life. As a child, Oliver knew he was different, and he seemed to revel in his unique gender identity issues. He loved to dress in his sister's clothing and play at being a beauty contestant with his cousin. His parents did what they could to keep him out of his sister's clothing, but did little else to discourage him as he strove to understand what made him tick. Years later, he’d finally come out to them and realize that they had instinctively known about him being gay all along. Chris had been a bitter enemy in first and second-grade, but third grade changed things. There was a cessation of hostilities, which gave way to a casual friendship and, eventually, a first kiss. Chris would be Ollie’s first lover, and the first man to break his heart. While Ollie had no doubts at all about his being gay, Chris wasn’t so sure.

Robert Groves’s nonfiction biographical memoir, Oliver's Diary: A LGBTQ+ Love Story, is a frank and stunningly beautiful account of a life well-spent, despite the odds. One can’t help but fall in love with Ollie as you read his story. There’s the heartbreak of the tormentors who make his life a misery, and the unconscious callousness of the people who seem intent in their ignorance on alienating and defining him by his sexual identity above all else. While the AIDS crisis affected everyone to some degree or another, I felt as though I were living it so much more intensely seeing it through Ollie’s eyes and experiences. Most moving in this simply incredible work is Ollie’s heart, his capacity for love and care for his patients, his friends and for those two awesome men he loved. I doubt there’s a reader who will be able to remain dry-eyed at portions of this profound and beautiful book; I know I wasn’t. Every so often, I’m fortunate enough to read a life-changing book, but rarely have I read one that has affected me as profoundly as this book did. Reading Oliver’s Diary was a privilege and an honor, and I’m so pleased I got the opportunity to review it. Oliver's Diary: A LGBTQ+ Love Story is most highly recommended.