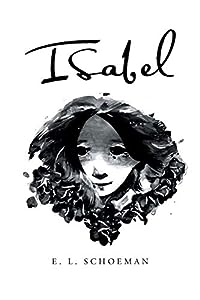 E.L. Schoeman’s Isabel is a medieval love story about a noble girl, Isabel, who falls in love with a stable boy, Matthew. Refused to be bound by her noble status, Isabel rides horses, engages in sword fights, sleeps in the stables and often speaks her mind. Her love, Matthew, is not just a plain stable boy as everyone thinks. His troubled past is equally rivaled by his determination to become a knight. Unable to withstand the girl’s fiery independent nature any longer, Sir John Scotch convinced Isabel’s adopted father, William Wentworth, to take action and send Matthew away. Sir John Scotch then hires the charming James as a spy to turn Isabel against Wentworth. However, Isabel finds out about the deception and from that point on she realizes that she must decide her own fate.

In terms of characterization, Schoeman has done an exceptional job to make the characters come alive. Readers will definitely care about them, and the emotions are narrated well to make anyone feel the joy, laughter, sorrow, and fear that the characters have to go through – especially the protagonist, Isabel. This novel is a tragic medieval romance, but there is a slight twist of the supernatural that boosts its charm. The prose is flowery enough to tug the hearts of the romantics. The story flows along well and is well-crafted. The bonds formed between characters in the book are skillfully depicted and easily convinced me about either the love or hatred between characters. On the whole, this YA romance novel would satisfy even mature readers.