Garden of No Escape 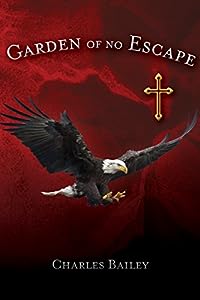 Garden of No Escape by Charles Bailey is a great novel with meaningful symbolic undertones. It’s packed with action and features interesting and likeable characters. The setting is in the future, around 2082, and the problems humanity faces – like the war between the Christian Alliance the Islamic Caliphate, terrorist attacks, the domestic political power struggle and the global economic collapse. All have increased to staggering proportions. After serving ten years fighting against Fedayeen warriors in Algeria, Sergeant Alejandro O'Malley returns home, but what awaits him is nastier than anything he could have imagined. Washington, D.C., is in the grip of a merciless form of disorder – firing squad executions, terrorist bombings, and a lot more. O'Malley doesn’t want to be near any part of the chaos, so he plans to flee with his lover, but can they?

This is a very entertaining novel with gorgeous descriptions. The chaos that runs through the story fuels the conflict, offering readers a warning of what the world could be headed toward should ideological, political, and religious grievances continue to escalate. The novel’s narrative voice is arresting and it comes through the beautiful writing as crisp and confident. Garden of No Escape has great descriptive passages, a complex plot, and characters that readers would want to wake up with.