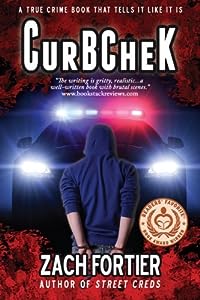 Curbchek debuted at # 11 on Amazon.com in Hot New Releases, and has been listed in the top five on Amazon's true crime best sellers listed at #4. Curbchek has been awarded a Bronze Medal in the 2013 Readers Favorite International Book Awards Curbchek is the story of a damaged cop, Zach Fortier. Fortier worked in the police department for the city where he grew up. One foot in the world of the cops, courts and legal system. The other in the world of gangs, drugs, thugs and street violence. Where the laws and rules are made by the strongest, the schemers and most brutal. Read about the transformation of Fortier from a green rookie to a damaged paranoid veteran seeing danger in every situation. Follow along as he walks this tight rope. Trying to make difference, breaking the laws he promised to enforce. This is a story of law and order uncensored.
Contact Author -