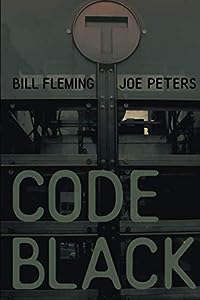 Winner of the 2016 Indie Excellence Award for Crime Fiction! When terrorists apparently strike one of Boston's MBTA transit stations during the famed St. Patrick's Day parade, the onslaught of federal and state officials turn the city into a chaotic police state. Only a veteran transit cop, jaded by his memories of growing up in the shadows of Boston's forced busing and desegregation, knows the truth: The enemy is not some international terrorist cell but the politics and hubris that continually pit the haves and have­-nots against each other in one of the country's oldest and most ­congested cities. Code Black delves into the many contradictions that shape Boston: wealth and poverty, liberal and conservative, academia and working-class, and even black and white. Recipient of third place in the 2015 Public Safety Writer's Association contest, Code Black is an historical fiction thriller that will keep you guessing until the very end.
Contact Author -