Book One of the Battle Ground Series 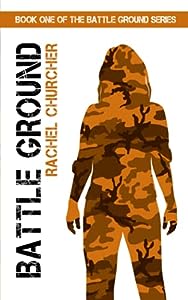 The British government is abducting teens from school and sending them to training camps to prepare them for military use in the thrilling dystopian novel, Battle Ground (Book One of the Battle Ground Series) by Rachel Churcher. Due to family circumstances, Bex Ellman's school grades suffer, threatening her dream of becoming a doctor. So when her parents place her in a boarding school, Bex is thrilled. Unfortunately, soon the lives of her and her schoolmates take a drastic turn when the military removes them from school and marches them to a combat training camp. It doesn't take long for Bex to realize that something is not right within the camp's command. When she uncovers a deadly government secret that threatens their country, she wonders if the world will ever be right again. Can she and her friends escape the confinement of the camp? If they do, what will happen to them?

Compelling and captivating, Battle Ground (Book One of the Battle Ground Series) by Rachel Churcher is a sensational dystopian novel with a provocative plot and a suspenseful storyline. Set in the UK, the background gives the story a realism that is disturbing and haunting. Skillfully written, the characters are engaging and well-developed, the plot is breathtakingly intense, enthralling the reader from the first page until the last. Brimming with drama, suspense, and action, the story flows at a brisk pace, building to a stunning conclusion. With the elements of violence and murder coloring the plot, this gripping post-apocalyptic novel will captivate readers from the ages of twelve to eighteen and everyone else who relishes thrilling dystopian action thrillers.